Board of Trustees endorses 2nd effort to get state...

The board’s action endorsed President Sidney A. McPhee’s desire to remove the Forrest name from the structure, which he has said “distracts from the values, goals and priorities we share as a modern, inclusive and comprehensive university.”

“Seeing Forrest’s name on the building is painful and infuriating to many, including me,” McPhee said in an op-ed column he wrote for The Tennessean newspaper on Aug. 20. 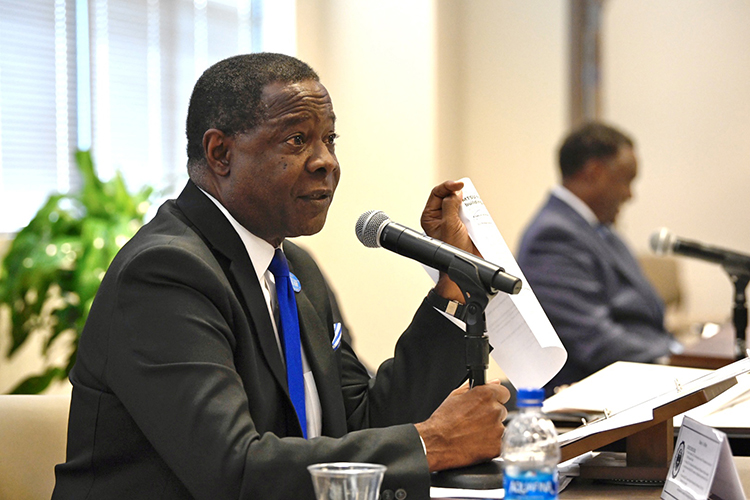 The board said the vote underscores McPhee’s desire to reapply to the Tennessee Historical Commission for a second time to ask for the name change. The commission rejected McPhee’s first attempt in 2018.

Built in 1954, the facility was named in 1958 after Forrest, the first grand wizard of the Ku Klux Klan, reportedly to honor his notoriety as a military tactician in the Civil War. Under state law, two-thirds of the commission must approve name changes on state buildings.

However, in late July, the body approved the removal of a bust of Forrest from the Tennessee State Capitol, which encouraged the university to make another attempt at renaming the Army ROTC building.

“It is the intent of the university, at my recommendation, to remove the name,” McPhee told trustees.

During the meeting, trustees also endorsed an effort by the university to request additional capital funding from the state for its growing Department of Aerospace. Established in 1942, it is a signature department at MTSU and has grown into one of the most respected programs in the country.

Twenty full-time faculty members, 100-plus flight instructors at the Flight Operations Center and more than 1,200 majors place MTSU Aerospace among the largest of the nation’s collegiate aviation programs.

Its Professional Pilot Program alone has seen an 11.3% increase in majors each year for the past 10 years, prompting concerns by Murfreesboro city leadership about increased air traffic at the municipal airport that is home to MTSU’s flight training program.

“The university is working diligently to address the issues that the city has raised,” McPhee said.

Joey Jacobs, chair of the board’s Finance and Personnel Committee, told trustees the university also is asking the Tennessee Higher Education Commission for over $50 million for extensive renovations to MTSU’s iconic Kirksey Old Main building as well as nearby Rutledge Hall, two of MTSU’s original facilities, which are located off Walnut Grove.

That project, if approved, would replace major building systems, repair the exteriors, replace windows and complete other upgrades “to ensure these buildings will provide modern space for academic instruction for many years to come,” Jacobs said.

In other business, trustees:

• Approved a 2.7% salary increase for all full- and part-time employees as of June 30. The state allocated $4.5 million to MTSU to implement salary increases.

• Approved the appointment of Murat Arik, director of the MTSU Business and Economic Research Center, as the newest holder of the Jennings and Rebecca Jones Chair of Excellence in Urban and Regional Planning.

• Approved McPhee’s selection of Christy Sigler as assistant to the president for institutional equity and compliance. She had been serving in an acting capacity since January. 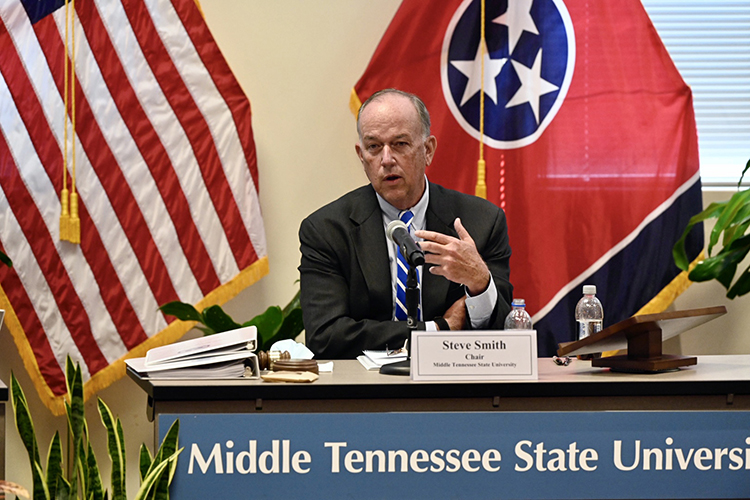 MTSU Board of Trustees Chairman Stephen B. Smith, who was reelected to a two-year term as chair, speaks during the board’s quarterly meeting held Tuesday, Sept. 14, in the university’s Miller Education Center on Bell Street. (MTSU photo by J. Intintoli)

Trustees also reelected Stephen B. Smith, who has held the top trustee role since the board was created in 2017, to a third two-year as chairman. He has been a vocal advocate of the university’s adult degree completion program, earning his bachelor’s degree in 2011, about 30 years after he left the campus as a student-athlete.

Chairman of Haury and Smith Contractors, Smith has served on a number of boards, including the Federal Home Loan Bank of Cincinnati and the Nashville Planning Commission and as chairman of the Nashville Park Board. He now serves on the boards of Capstar Bank and the Williamson County Sports Authority.

Smith was a pitcher for the Blue Raiders baseball team in the mid-’70s and was elected to the university’s athletics Hall of Fame in 2004.

The board also elected Christine Karbowiak Vanek, also one of its inaugural trustees, as vice chair, replacing alumnus Darrell Freeman.

Vanek has received a number of recognitions for her civic work and recently received the Order of the Rising Sun, Gold Rays with Rosette by the government of Japan for her work to strengthen Tennessee-Japan relations over the past nearly three decades. She holds bachelor’s and law degrees from the University of Illinois. 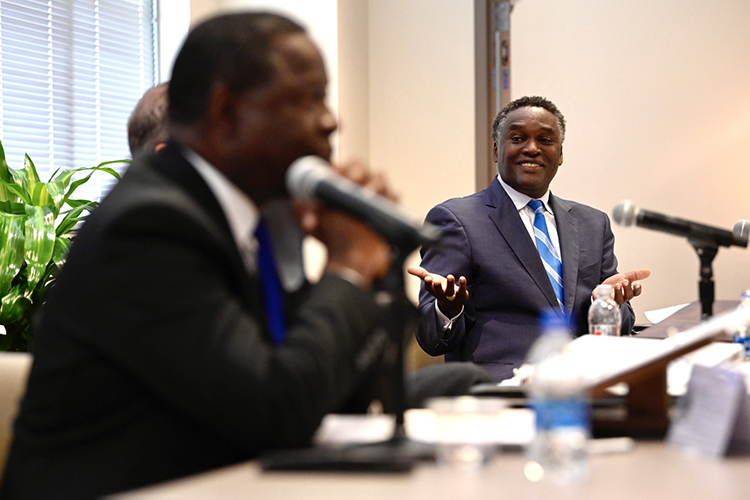