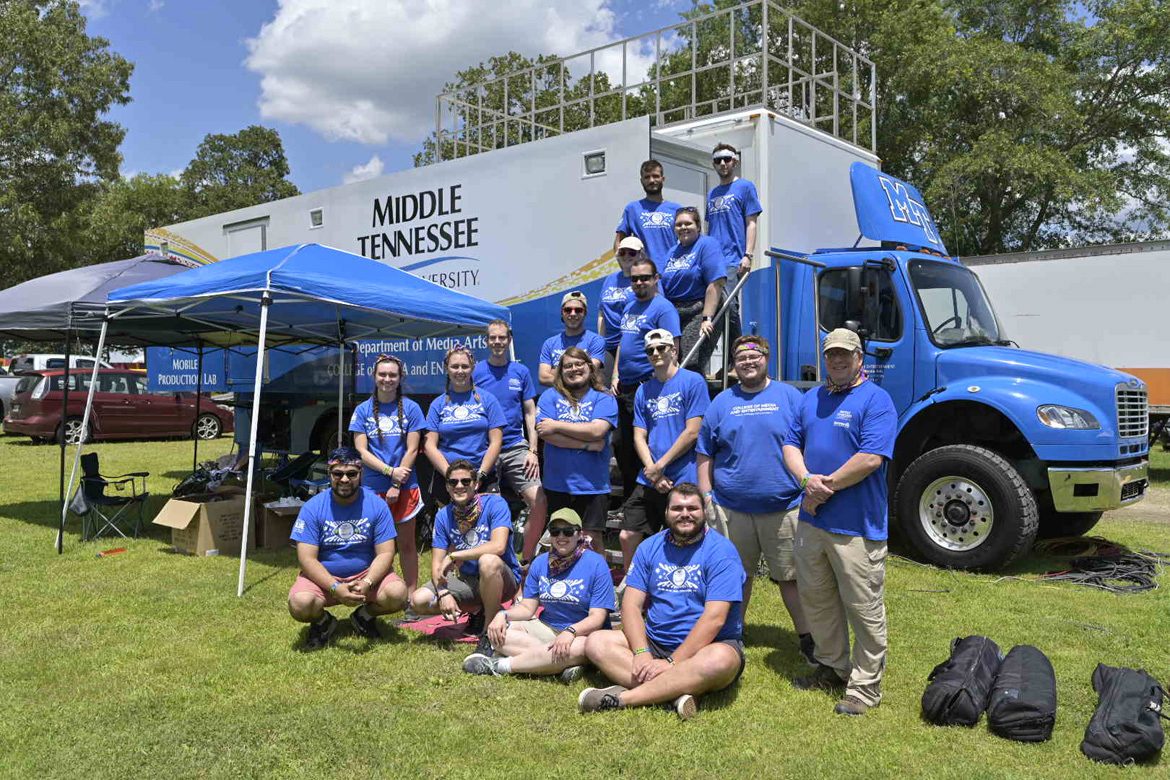 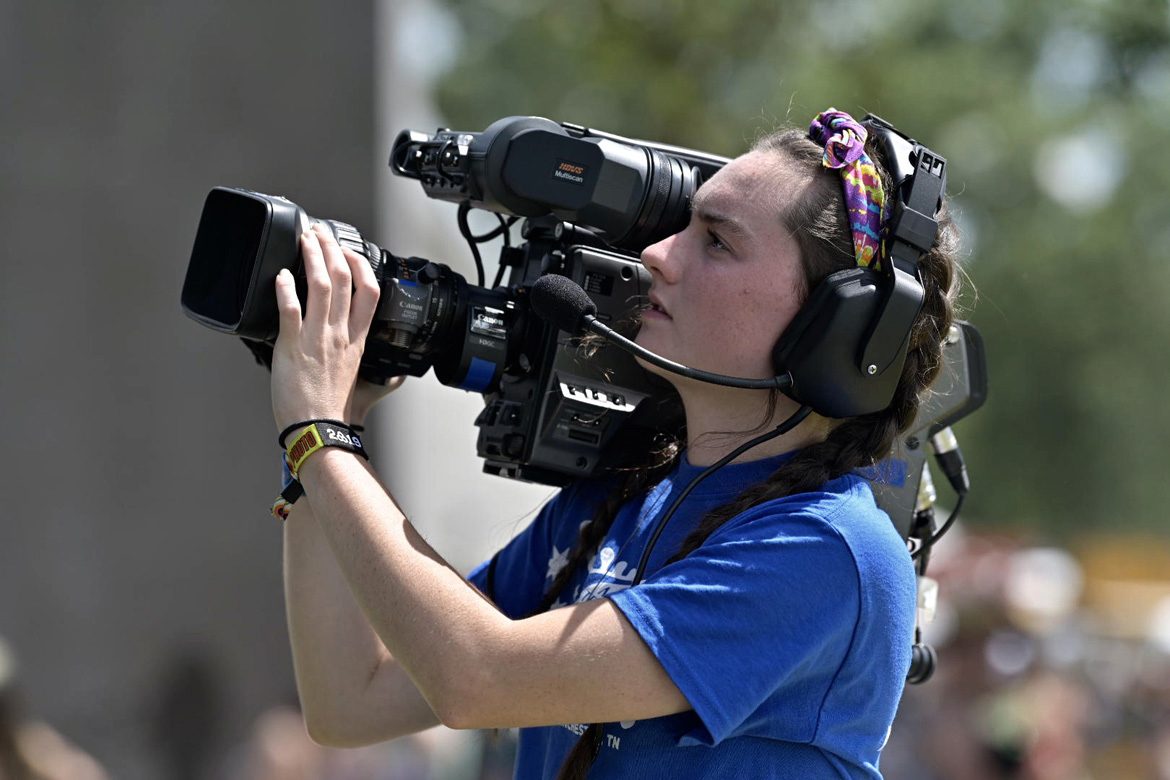 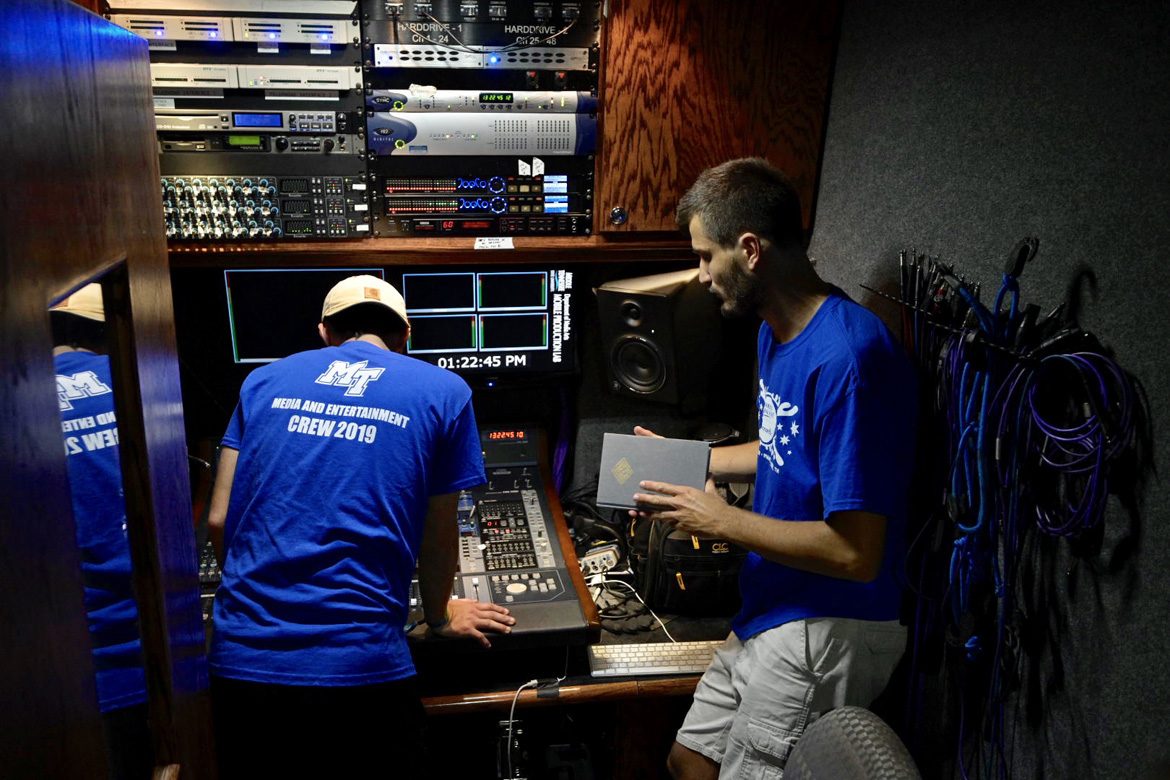 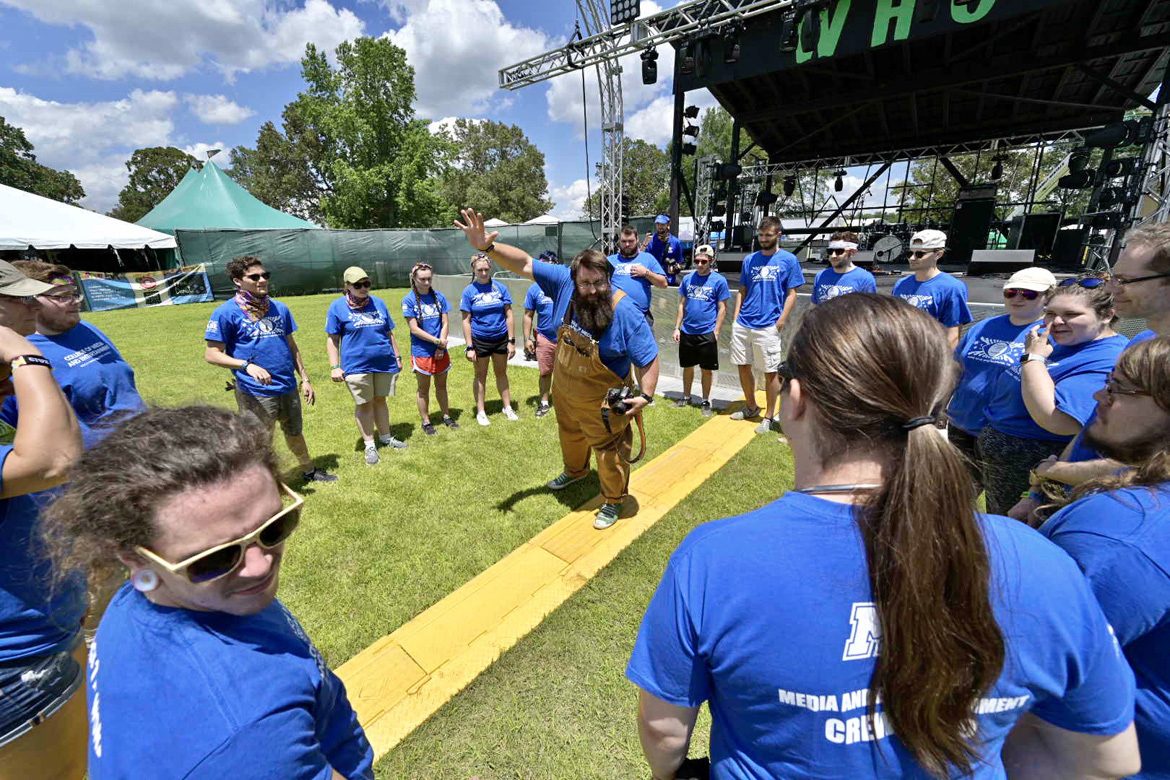 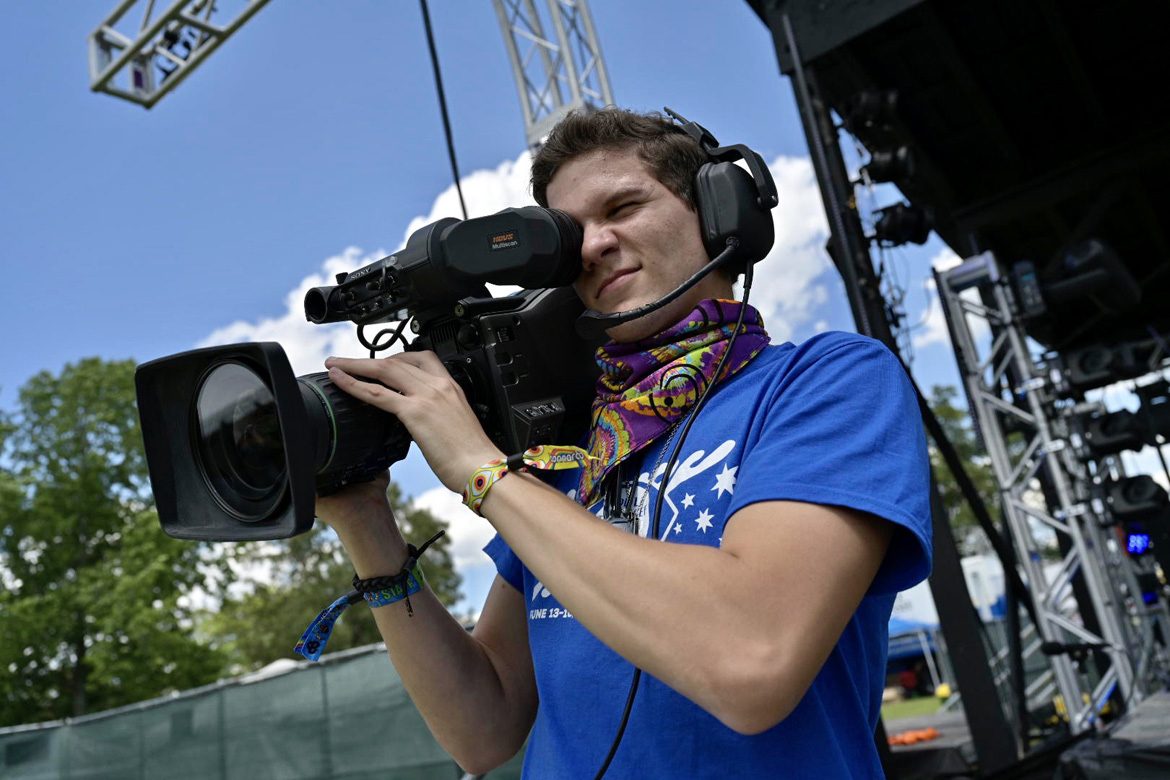 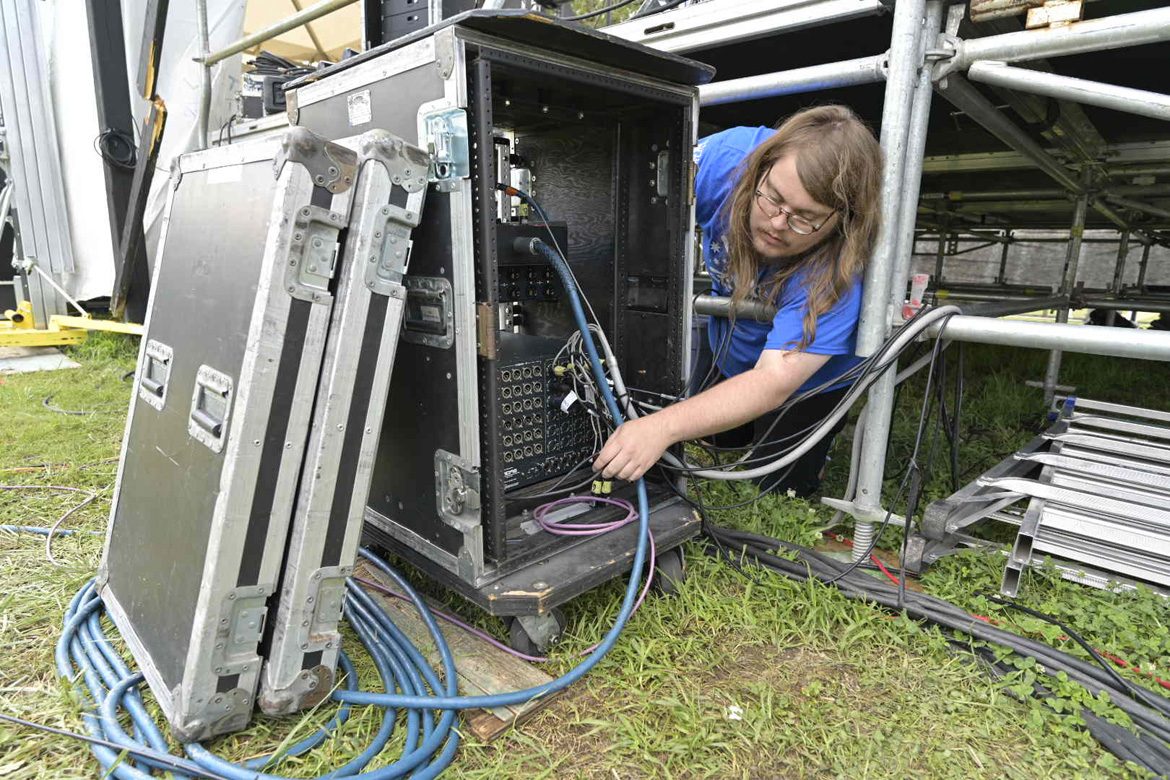 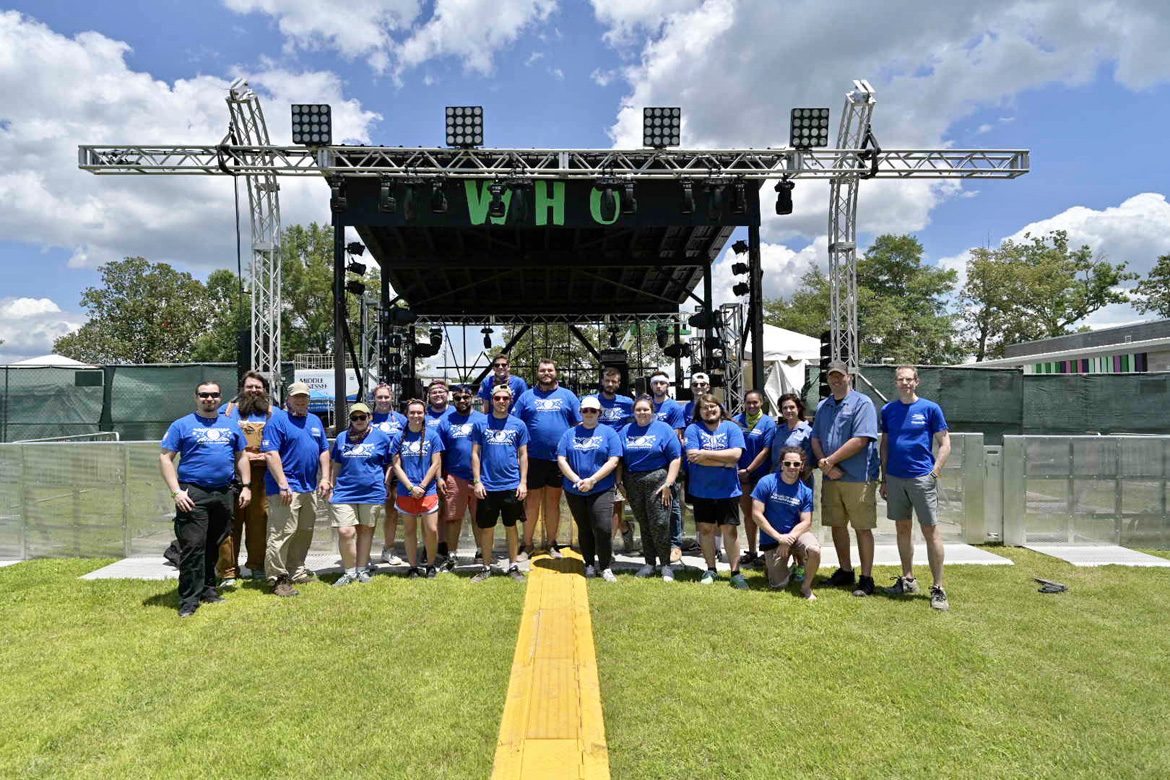 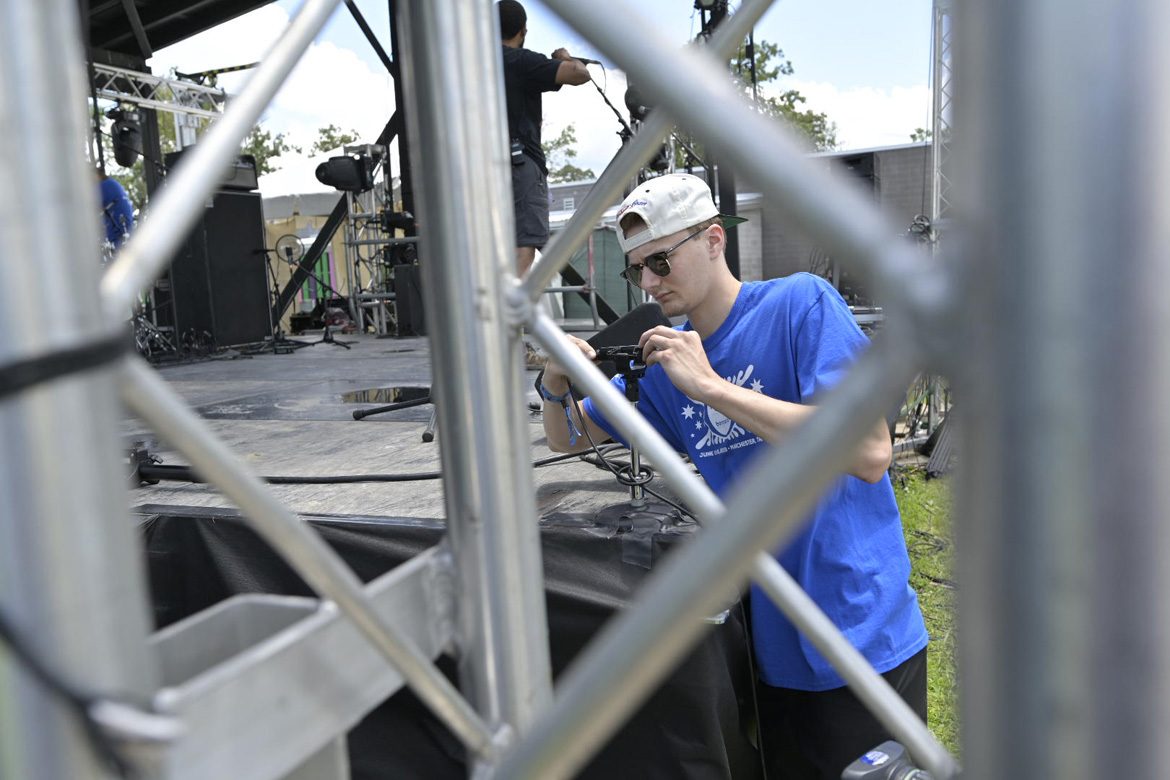 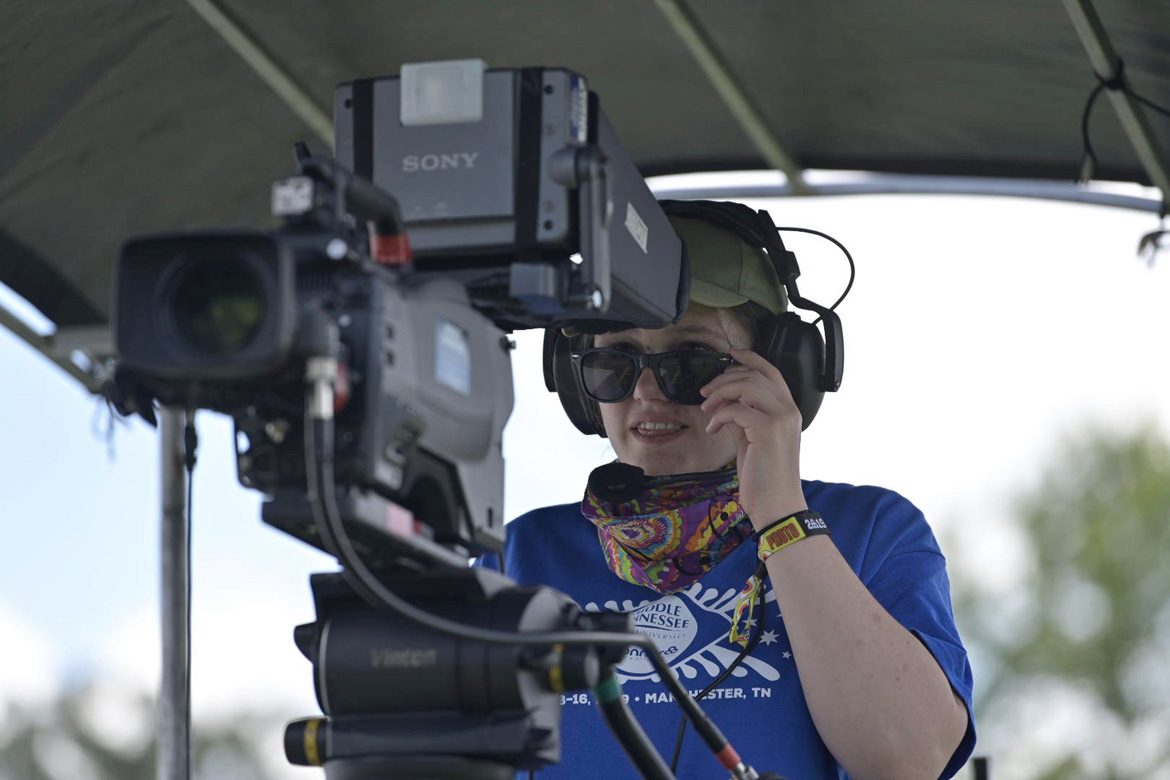 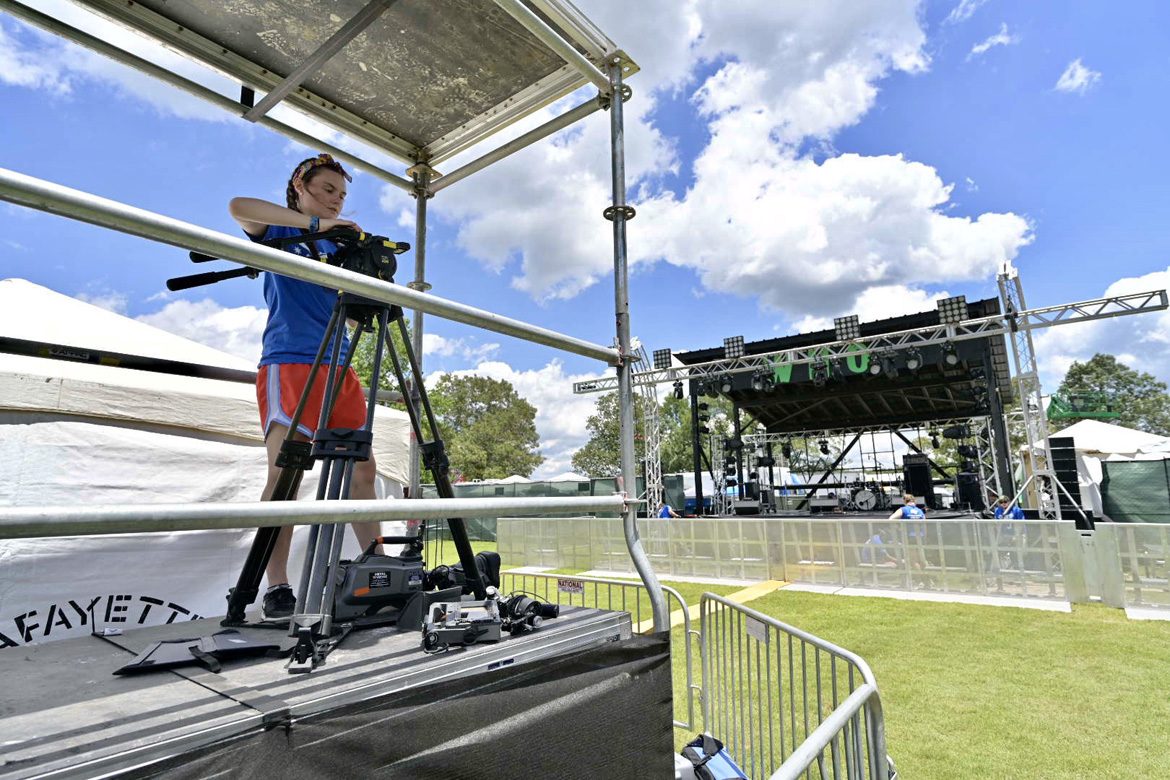 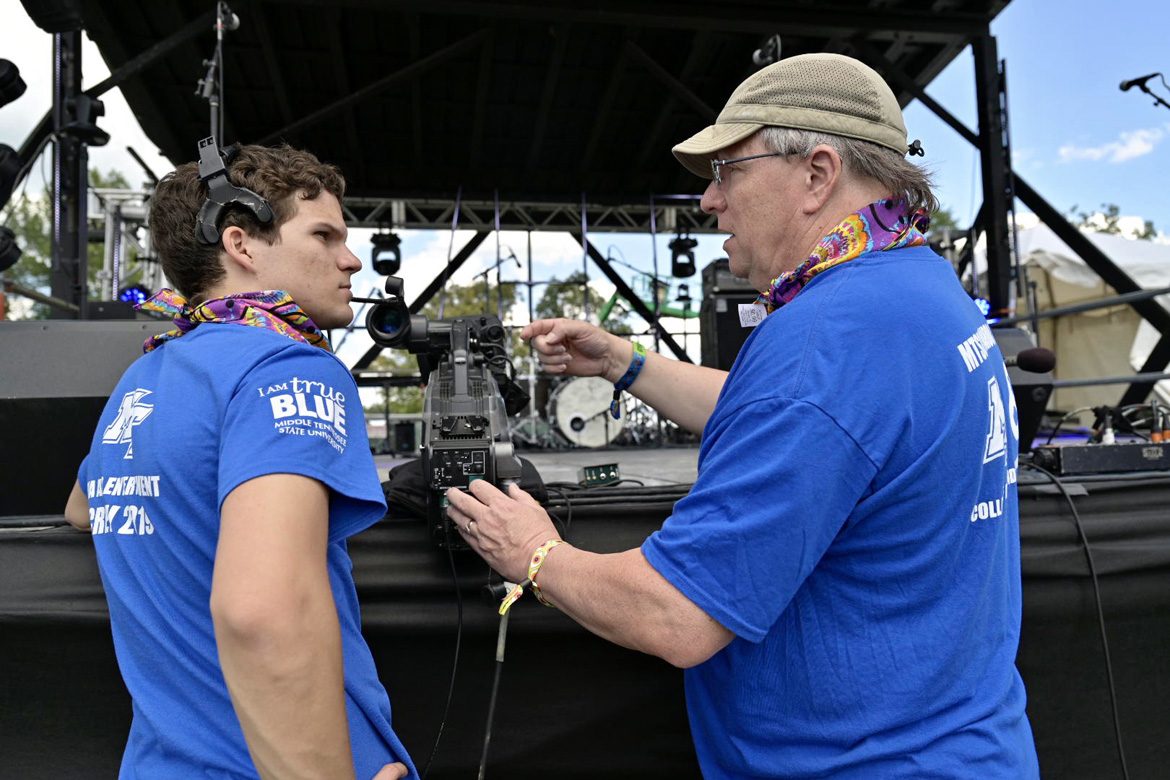 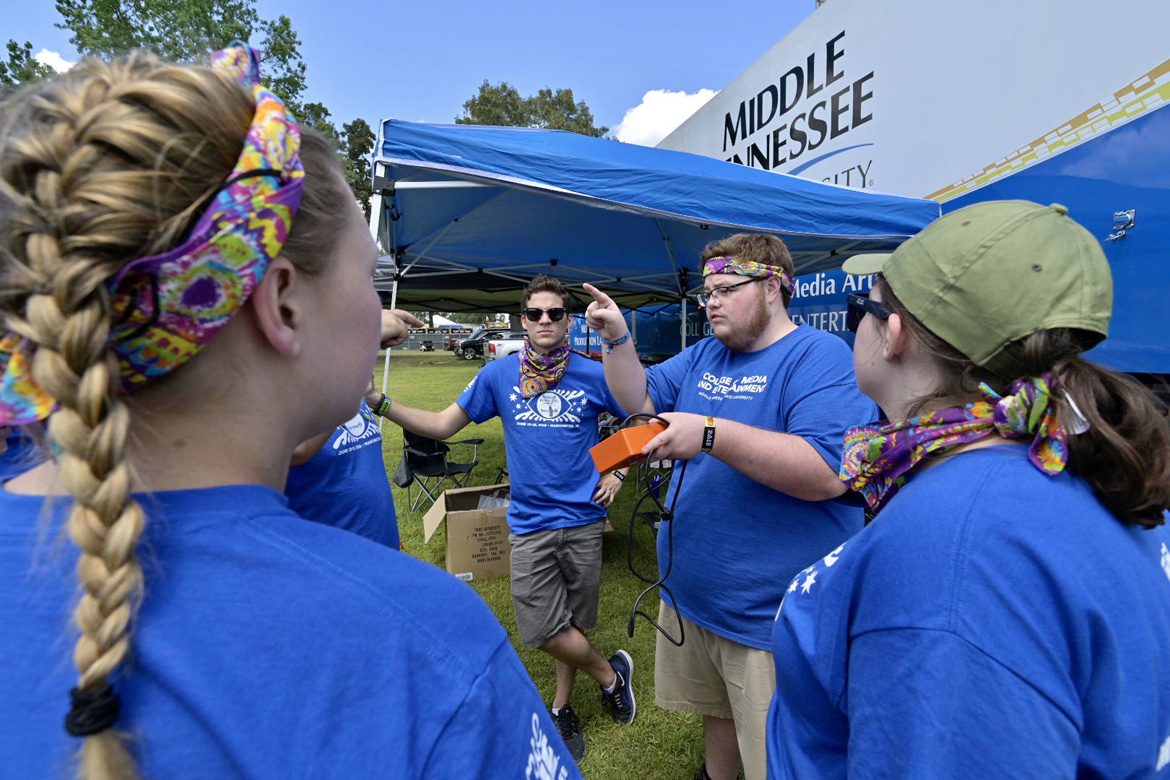 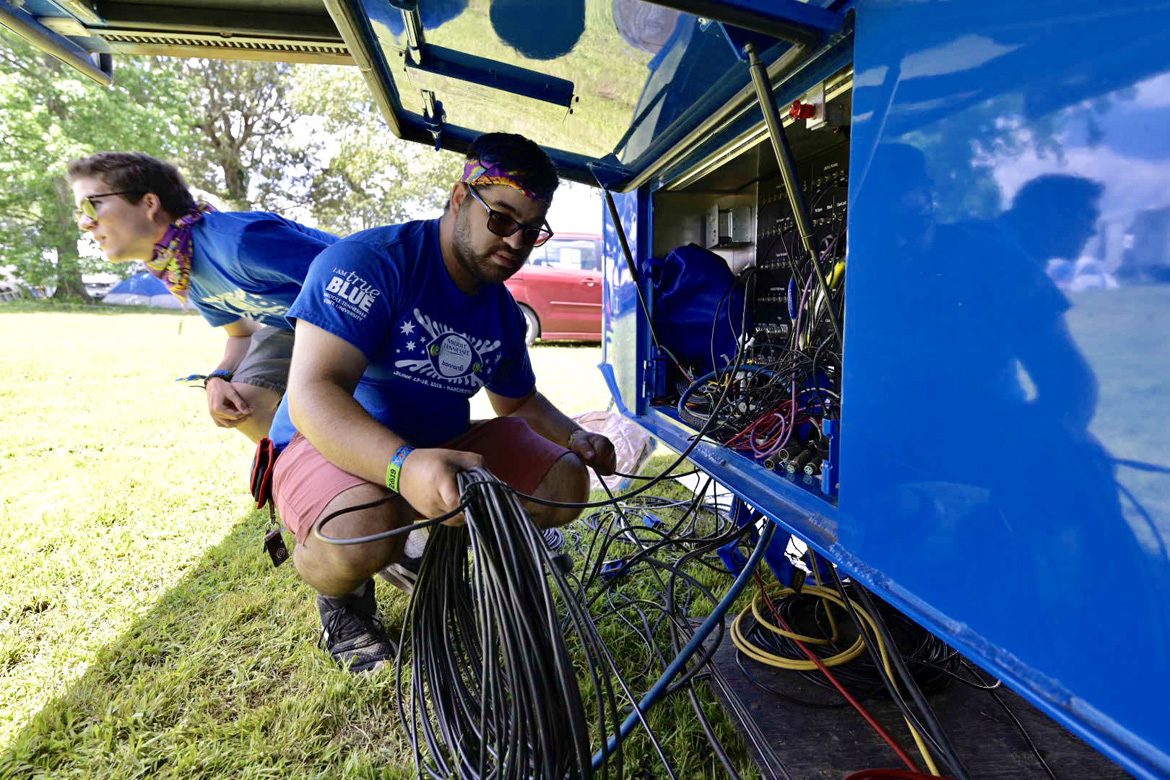 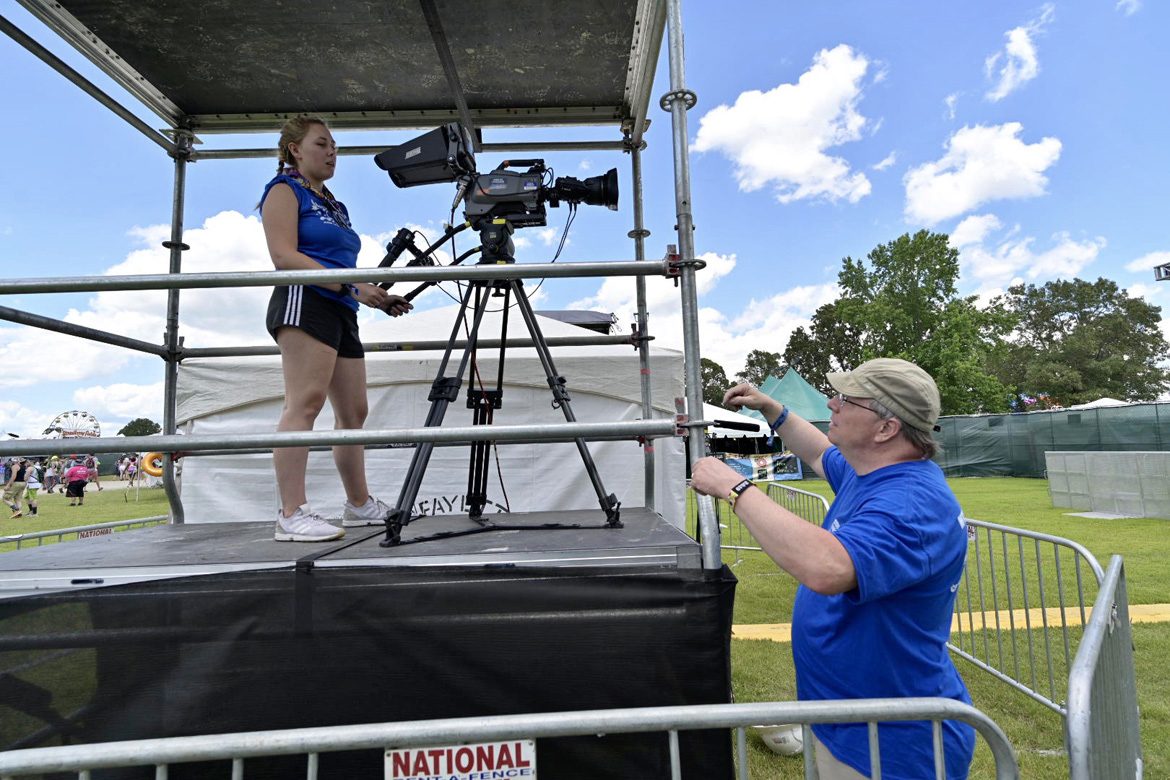 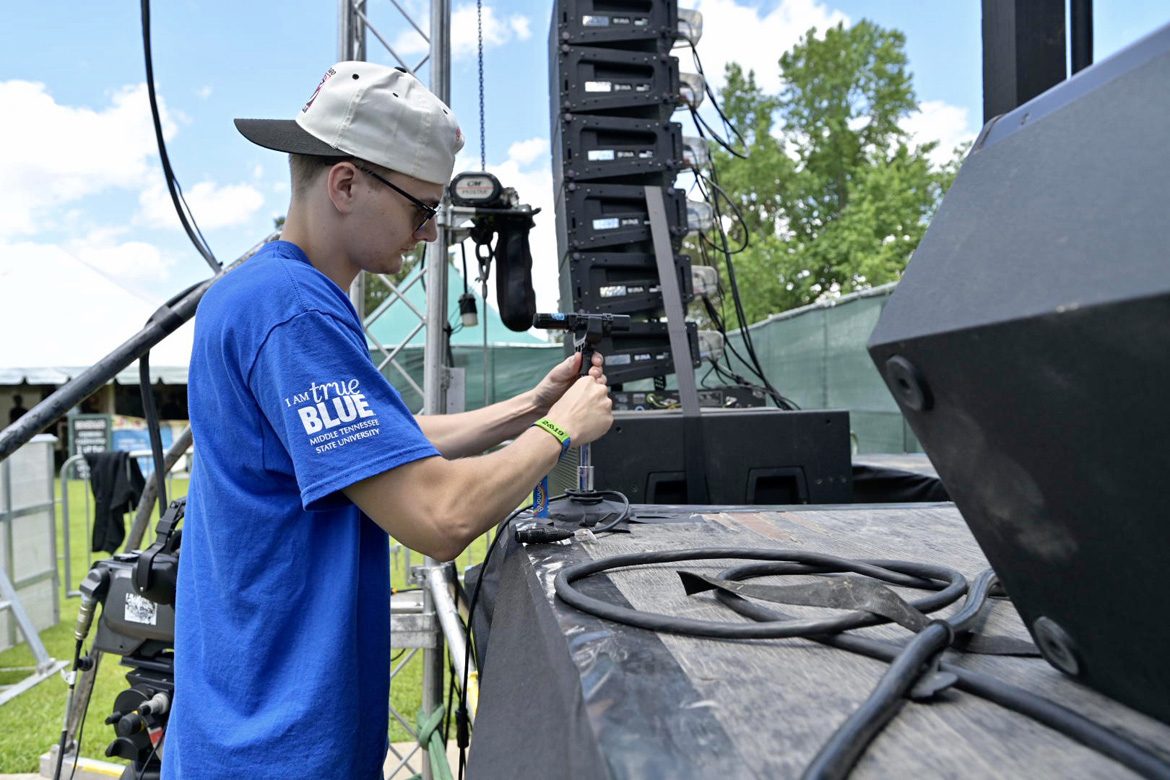 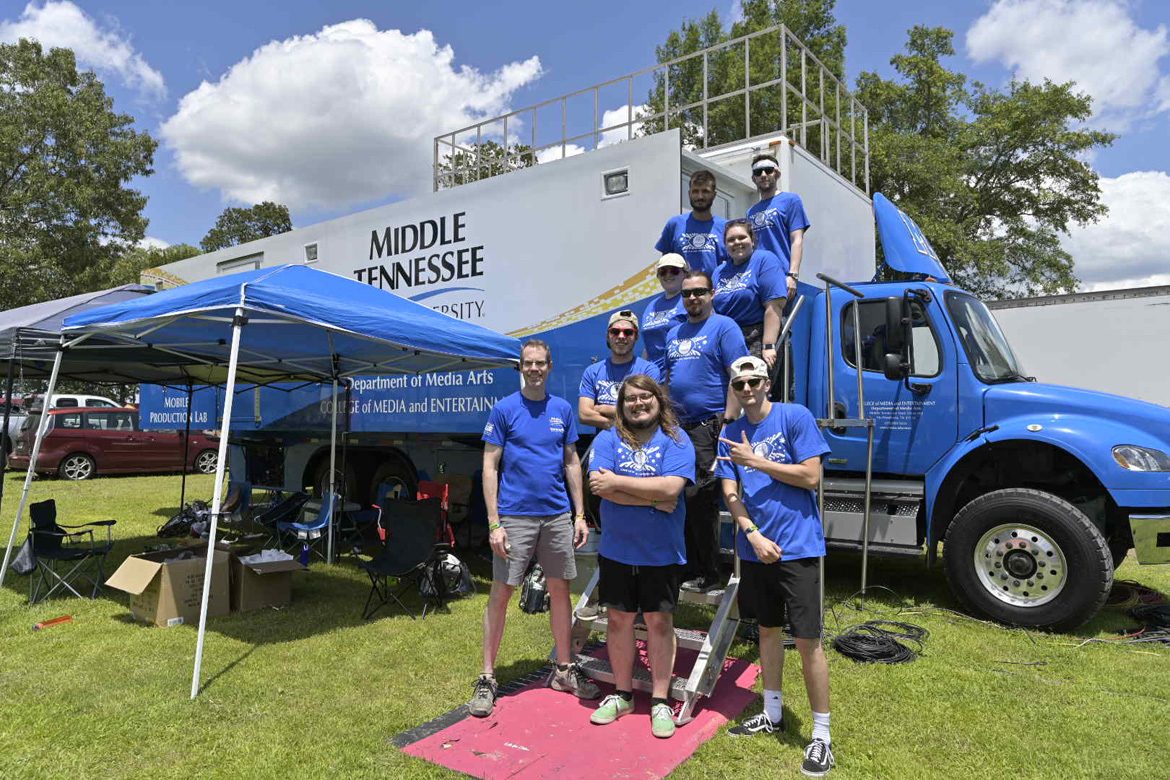 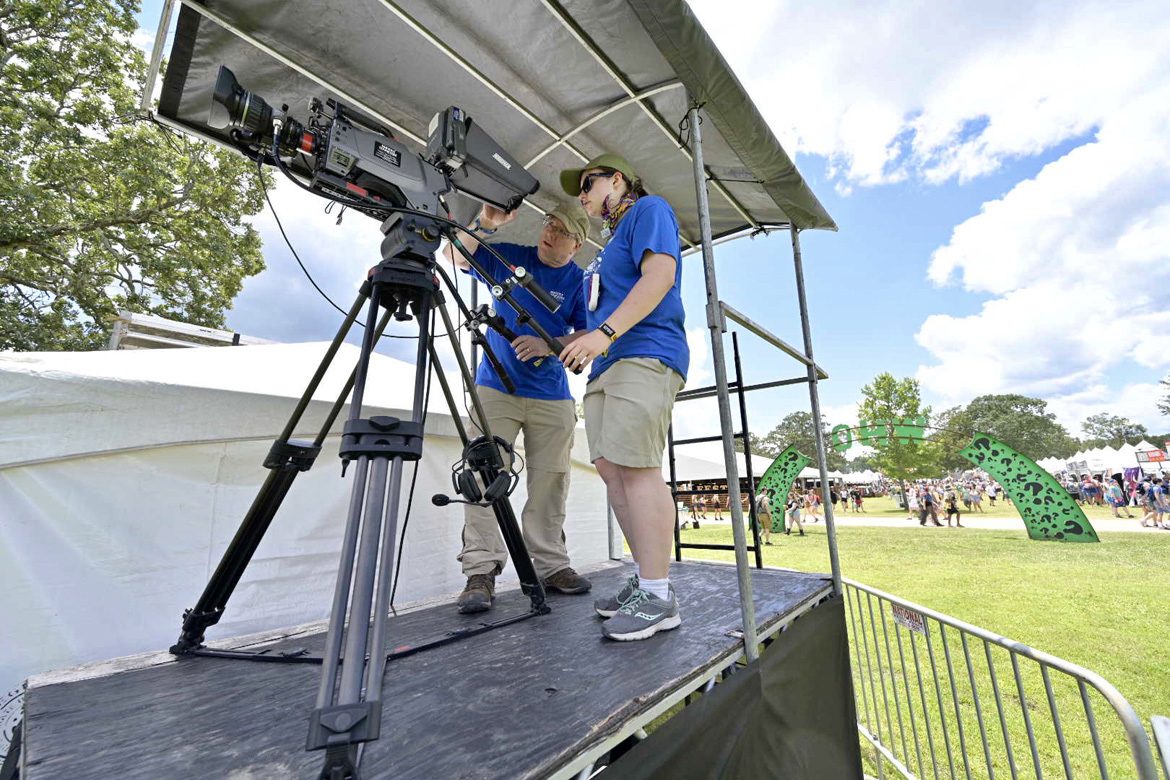 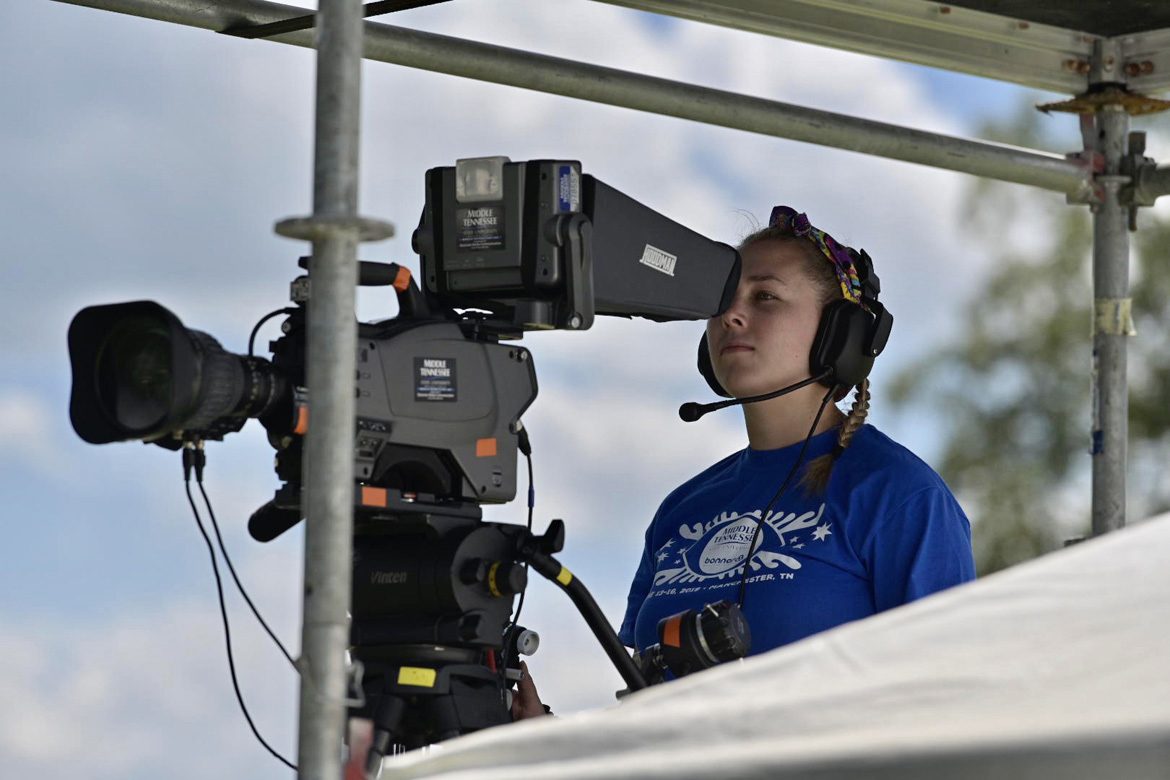 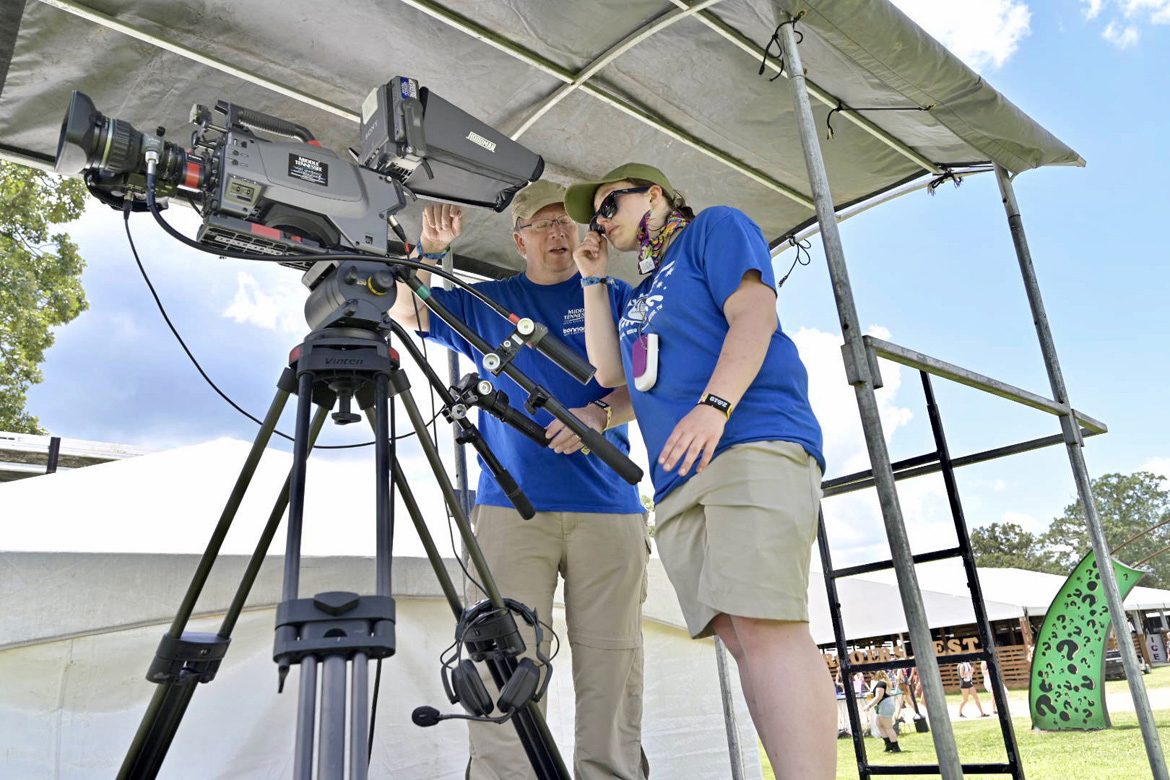 MANCHESTER, Tenn. — It’s showtime for the sixth year in a row for Middle Tennessee State University students who are part of a team of multimedia communicators covering the Bonnaroo Music and Arts Festival — and earning college credit doing it.

About 35 students for MTSU’s College of Media and Entertainment started work Thursday, June 13, at the 700-acre farm that Dean Ken Paulson calls his “Bonnaroo campus.”

“Our partnership with Bonnaroo has opened up so many opportunities for our students, and we’re now seeing those first students in the program return as professionals,” Paulson said. “It’s a reminder to all of us that classrooms shouldn’t be contained by four walls.” 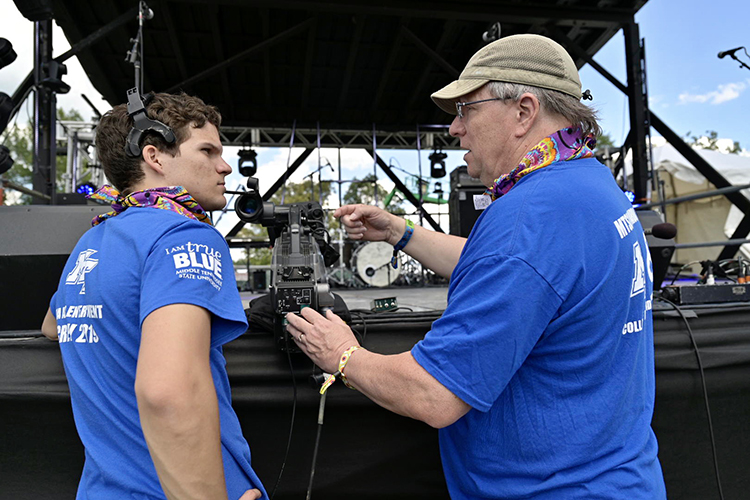 Students from the college’s three academic departments are represented at this year’s Bonnaroo.

“Learning and growing from mistakes on the spot allows me to build the skills to adapt in similar situations in careers one day I may find myself doing,” said Nate Parris, a junior video production major.

“This is a one-of-a-kind experience.”

This is not a theory class, said Department of Media Arts Chair Billy Pittard, but a chance for students to build skills and apply classroom learning in a real-world setting.

“MTSU’s partnership with Bonnaroo gives our students an amazing hands-on opportunity to engage the world with all the rich media that we teach,” Pittard said.

Added Beverly Keel, recording industry chair, “This is in real time, so there are no do-overs and lots of distractions. And that prepares them well for careers in audio production, especially in the growing area of live sound.”

“We are able to go out into the field in a professional environment and put what we are learning in the classroom to use,” said Ryan Tyler, a video production junior.

While some of the students capture audio and video content from acts performing on Bonnaroo’s Who Stage, others will be working late nights and early mornings to file stories and photos from different stages.

“Bonnaroo offers a real-time, professional experience for students,” said journalism Director Greg Pitts. “The events are real, as are the deadlines — and there’s no better way for students to gain hands-on training.”

This is the fifth year the student production team at Bonnaroo is using MTSU’s state-of-the-art, $1.7 million Mobile Production Lab, which was moved into place behind the Who Stage on Wednesday, June 12.

“Eighteen live music concerts in four days — no other university in the area can do this,” said Robert “Bob” Gordon Jr., an associate professor in media arts. “Our students produce actual content for Bonnaroo, their performers and the news media.” 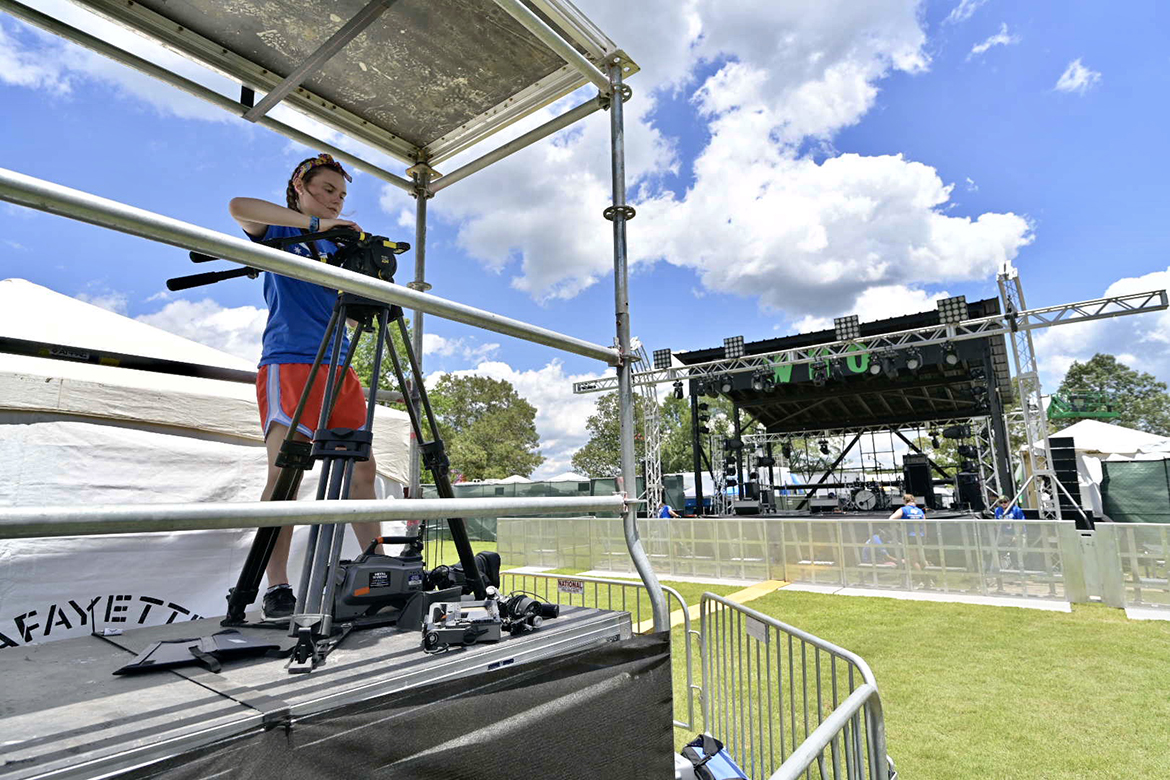 Brea Robbins, a MTSU junior in video production, gets her camera ready before the shows started Thursday, June 13, at the Who Stage at Bonnaroo in Manchester, Tenn. (MTSU photo by Andy Heidt) 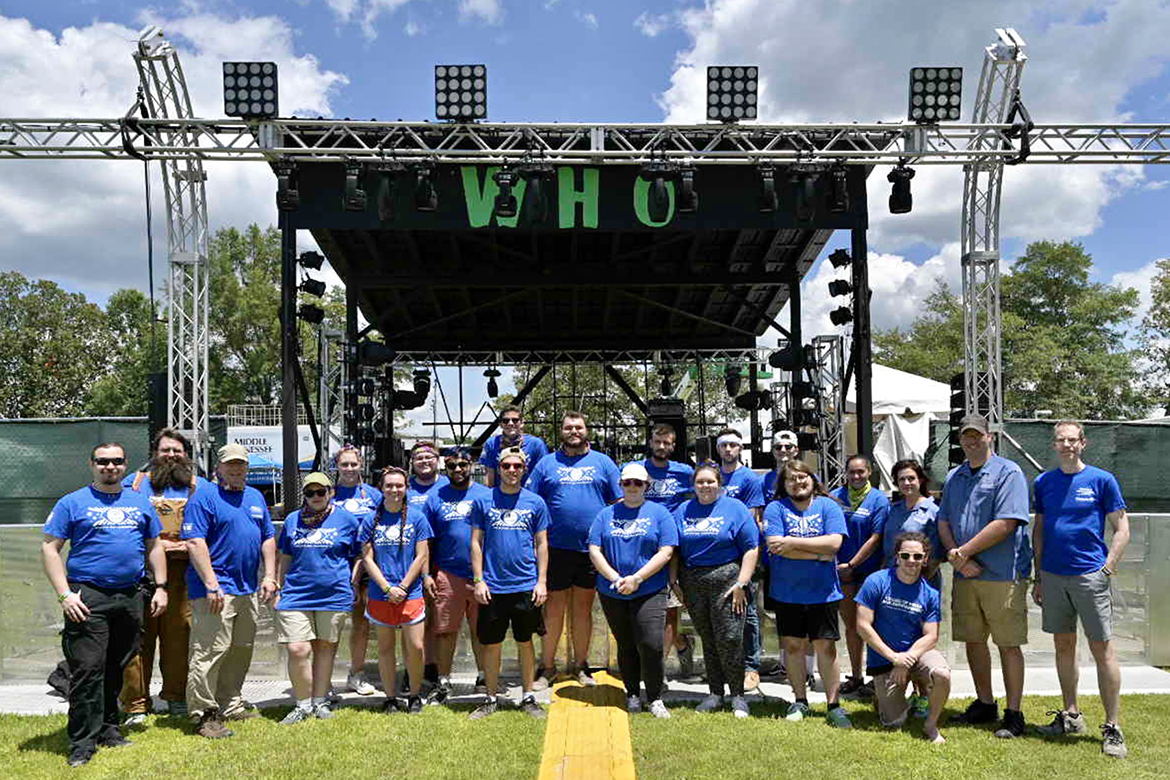 Audio and video production students from MTSU’s College of Media and Entertainment assemble in front of the Who stage at the Bonnaroo Music and Arts Festival in Manchester, Tenn., before beginning work Thursday, June 13, to record performances at the venue. (MTSU photo by Andy Heidt)