Angela Google carries the name well. “We were Googles before Google,” the MTSU doctoral student said with a laugh about her married name versus the American internet technology giant.

Google stood tall in the research world she’s a part of recently when MTSU hosted the biennial Sandra K. Abell Institute for Doctoral Students for eight mentors and 24 Ph.D. candidates from around the globe and featuring schools like Stanford, Georgia, Syracuse and England’s Oxford and Leicester universities.

As part of NARST — the National Association of Research Science Teaching — the Abell institute brought together students and mentors from diverse fields. NARST is committed to the improvement of science teaching and learning through research. 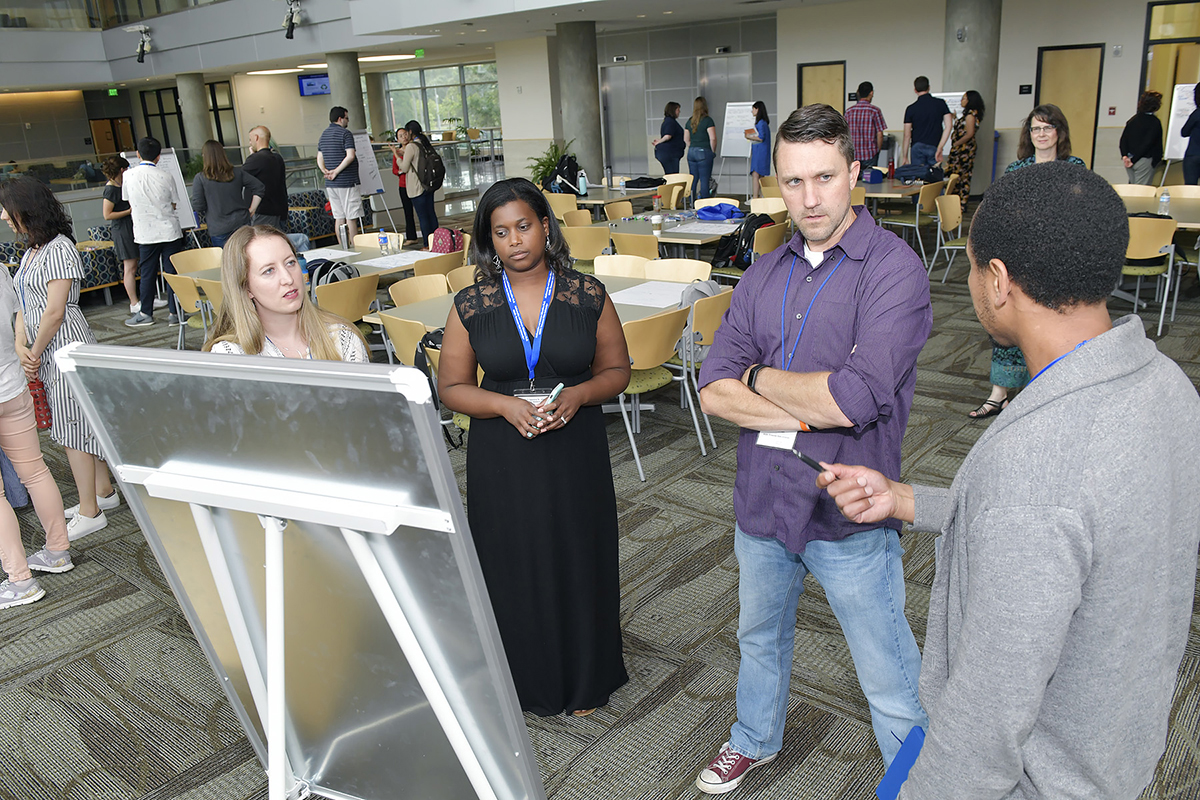 “This opportunity has strengthened my perspectives on science education research,” said Google, 34, a Murfreesboro resident and Chattanooga, Tennessee, native. A wife and mother of three children, Google is a math and science education scholar in the disciplines of biology, chemistry, math and interdisciplinary education.

“I felt prepared to engage in scholarly conversation with like-minded science education researchers,” Google said. “I know I still have a lot to learn, but the purpose of such an event was to provide a safe space for all of the graduate students to explore ideas and grow as a researcher. … I felt like I could do just that.”

Grant Gardner, assistant professor in biology education, said the institute brought “national visibility to MTSU, specifically the graduate programs and the math-science Ph.D. programs. This is a major conference sponsored by the top science education research society in America and an international society, too.” 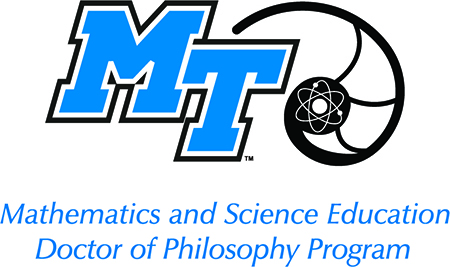 Google found the institute fulfilling and overwhelming. The 5-year-old Science Building was center stage. And the job market was discussed.

“The science education community can be both large and intimidating as well as small and intimate when you get to know how to navigate that arena,” Google said.

“… The ultimate goal at the end of the doctoral program is to develop a dissertation that starts your trajectory as an independent researcher,” she added. “Within that, we had to learn how to develop our research ideas, analyze data, come up with novel research topics and that can sometimes feel overwhelming. Having the opportunity to come and talk to people who are likeminded within the same field as you to develop and cultivate those ideas is priceless. Not many graduate students get that opportunity.”

Google’s husband, Reginald, is an MTSU alumnus, with a degree in recording industry business and minor in entrepreneurship and accounting.

Uchechi “Agnes” Ahanoyne, a 34-year-old doctoral student at the University of the Witwatersrand in Johannesburg, South Africa, said the institute “activity has allowed me to be able to change my mindset.” 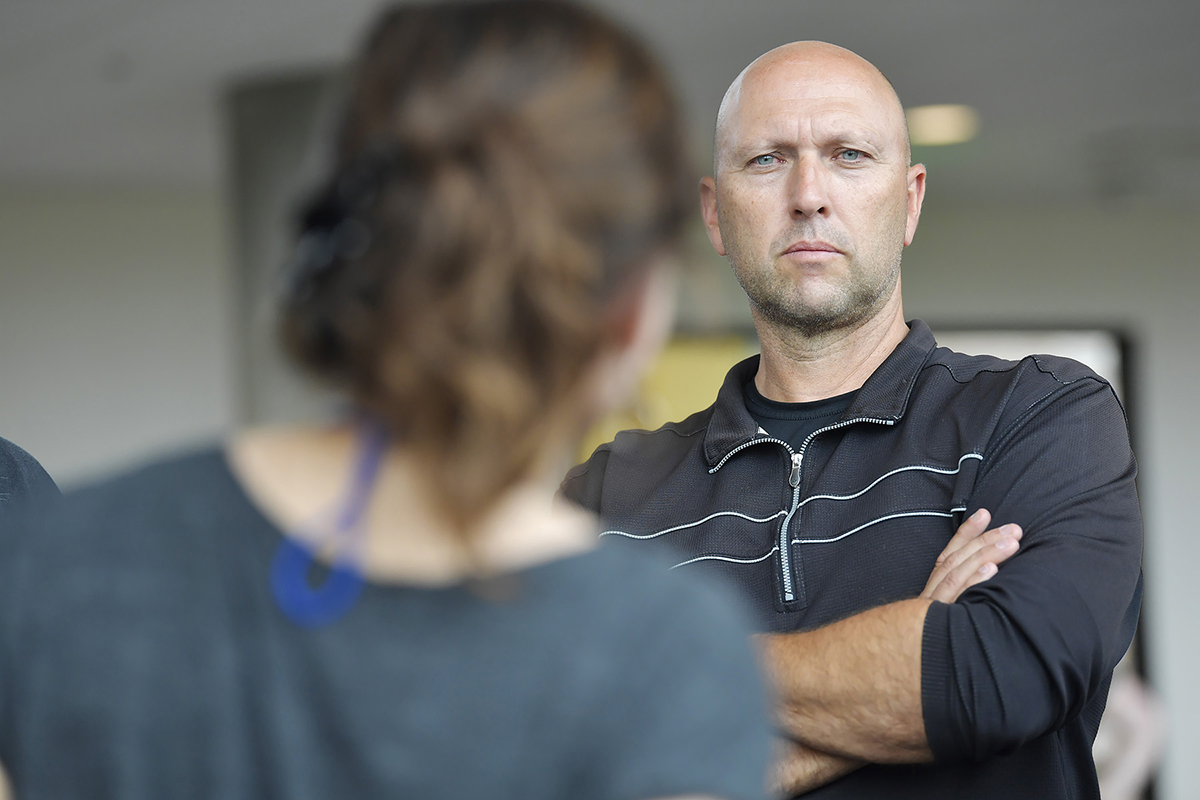 All 32 participants, including MTSU mentor Greg Rushton, director of the Tennessee STEM Education Center, went through an application-and-selection process just as the university did in being selected as host. STEM is an acronym for science, technology, engineering and math.

“One of the ways you can show that you’re inviting folks into a community is to express interest in things that are important to them,” Rushton said of the mentoring process.

“And to these students at this juncture of their academic development, their research projects are the thing they think about a lot,” he added. “I want to enter that world, try to understand their issues, their challenges, their passions, their successes and join them and encourage them and challenge them.”

Stephen Witzig, associate professor in STEM education and teacher development at the University of Massachusetts Dartmouth, became the first former doctoral student to return as a mentor. He was from the University of Missouri, where the late Sandy Abell taught. The first institute, which took her name, occurred in 2011, not long after the death of the popular, internationally recognized researcher.

“I felt it was time to come back and be a mentor,” Witzig said. “… I credit her for all of my accomplishments. I shared her wisdom to a new group of students.”

In addition to an opening banquet at Rushton’s home and a closing banquet on campus, the group hike 45 minutes in the cedar glades near Hop Springs Beer Park, a partner with MTSU’s fermentation science program. 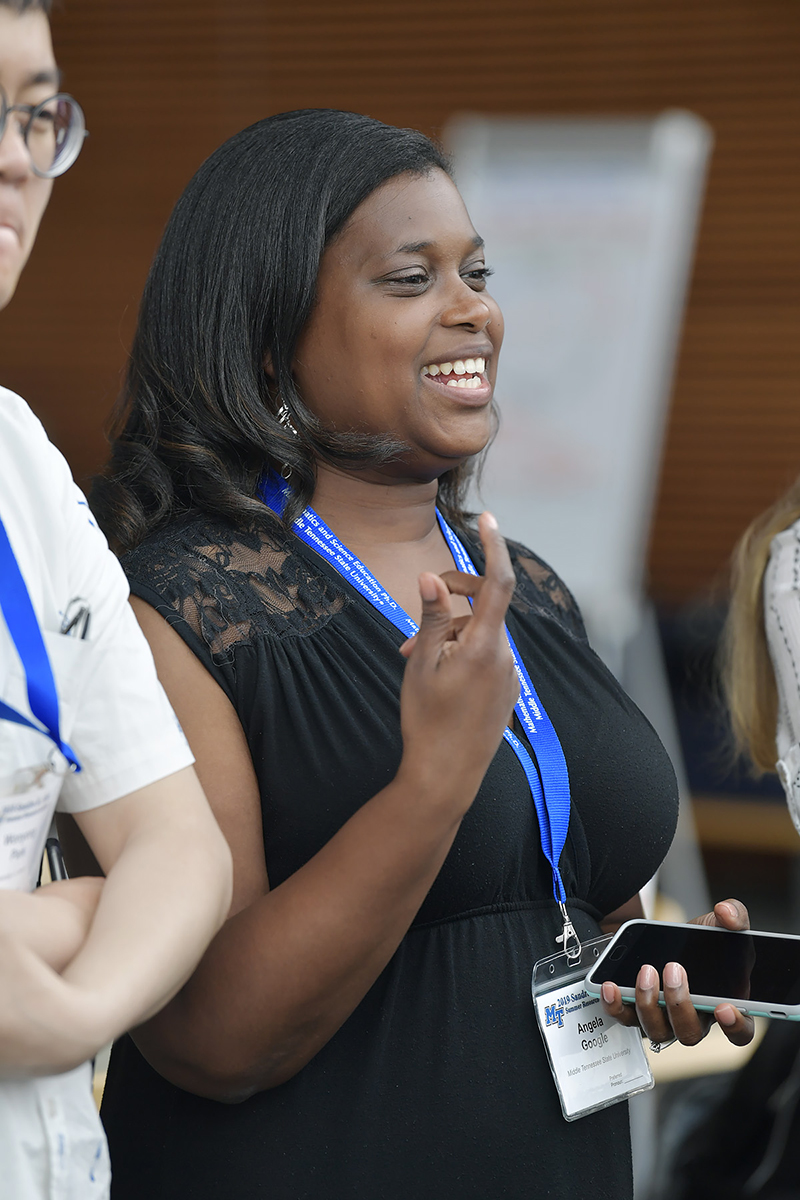 MTSU doctoral student Angela Google of Murfreesboro asks questions and offers advice to a fellow student attending the Sandra K. Abell Institute hosted June 2-6 at MTSU in the Science Building. Eight mentors and 24 students from around the globe attended the event. (MTSU photo by Andy Heidt)