It’s a wrap for MTSU multimedi..

The pace doesn’t let up for MTSU’s third day at Bo...

MANCHESTER, Tenn. — It was a busy third day Saturday, June 15, for MTSU’s College of Media and Entertainment students at the Bonnaroo Music and Arts Festival — writing stories, interview artists, broadcasting live via WMOT Roots Radio and capturing concerts on video at the Who Stage.

A team of about 35 student multimedia communicators are working and earning college credit at the music and arts festival, which Dean Ken Paulson calls his “Bonnaroo campus.” It’s MTSU’s sixth year in its partnership with Bonnaroo. 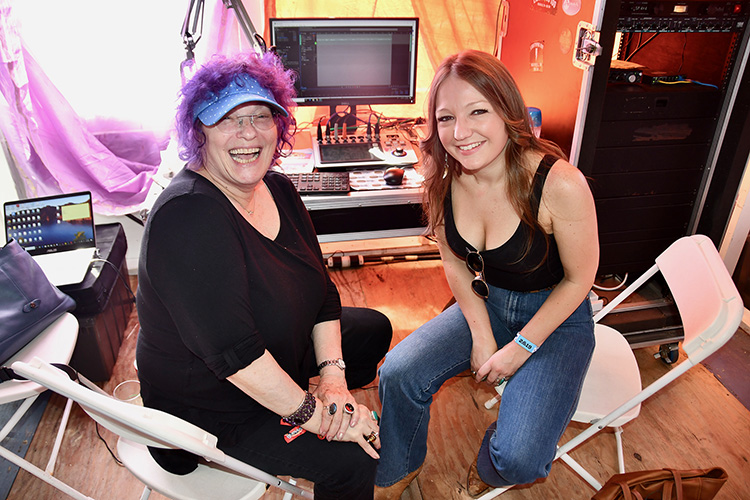 “The pace doesn’t let up for our students and faculty at Bonnaroo,” said MTSU President Sidney A. McPhee. 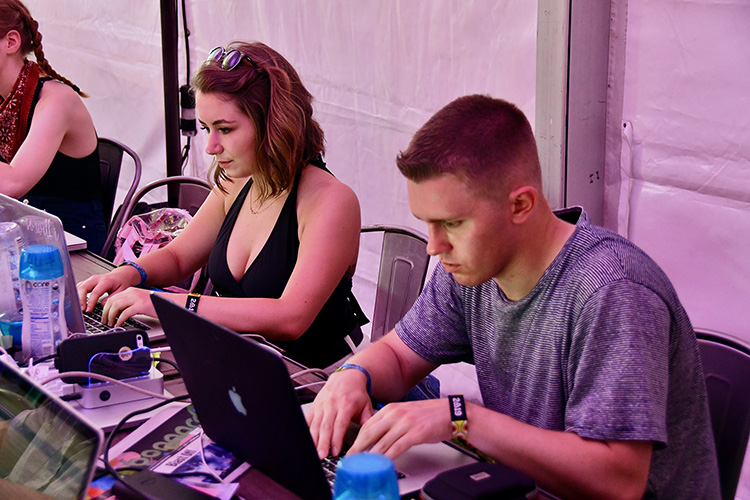