‘MTSU On the Record’ celebrates women’s suffrage through liberating dance

The embodiment of women’s insistence on self-expression on stage and in society was the focus of a recent “MTSU On the Record” radio program.

You can hear their conversation via the Soundcloud link above.

The complete dance concert, “Screendance,” is available on the Department of Theatre and Dance‘s YouTube channel. The “Dances of Freedom” segment begins at 19:41.

The students added their own individually choreographed touches to the “Dance of Freedom” performance, inspired by Noyes and under Brooker’s supervision.

In a rare black-and-white film clip from a newsreel preserved by the Dawson City Museum and Historical Society Collection in Canada, Noyes sheds some 10 yards of chiffon from her upper body while dancing as a metaphor of women’s need to free themselves from society’s constraints.

“She’s freed both of her arms and her head, and she’s celebrating her freedom, and then she looks down and realizes that her lower body is still bound,” Brooker said.

“There’s a moment of realization there that freedom is not won when only one part is free, but the whole has to be free for freedom to be realized.” 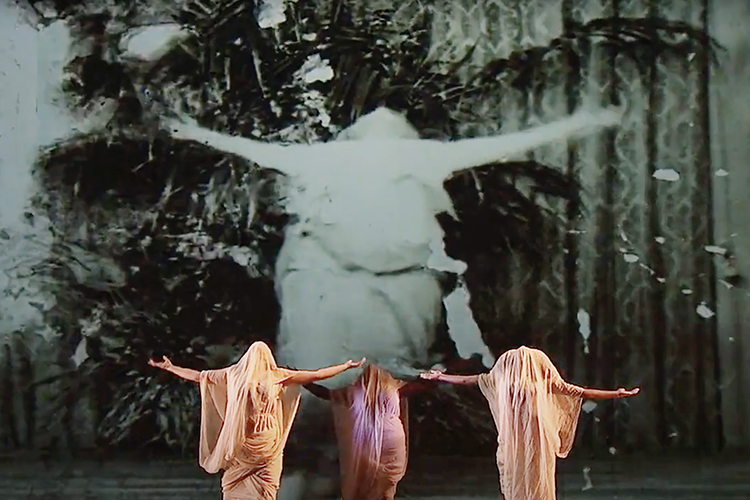 MTSU dance students recreate choreographer Florence Fleming Noyes’ 1914 “Dance of Freedom” in front of a rare film clip of the performance projected onto a screen during the 2020 Fall Dance Concert held in November in Tucker Theatre. Click on the photo to watch the video of the performance beginning at the “Dances of Freedom” section. 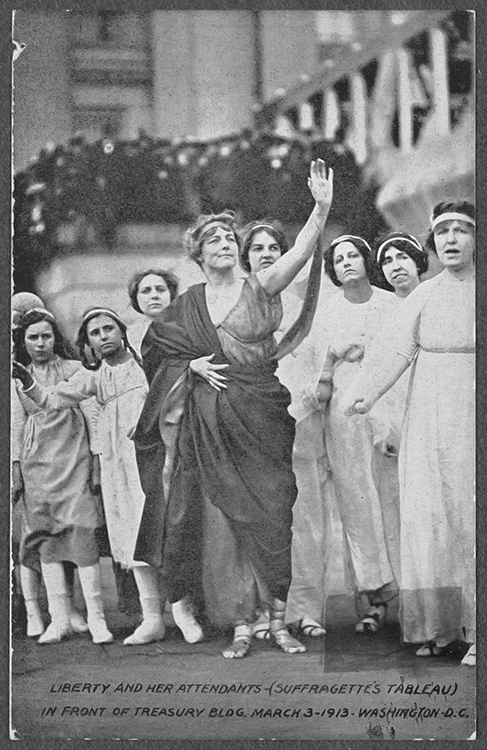 Choreographer and suffragist Florence Fleming Noyes, center, poses as “Liberty” with fellow activists as her attendants in a “Suffragette’s Tableau” in front of the U.S. Treasury Building in Washington, D.C., on March 3, 1913, the day before President Woodrow Wilson’s first inauguration. The women created their tableau to draw attention to the suffrage effort, noting that half of America’s citizens were not allowed to vote for the new president. The 19th Amendment was passed seven years later. (file photo by L & M Ottenheimer, Baltimore, Md./Library of Congress)