Charlie Daniels to perform at ..

Lia Ritchie came all the way from King of Prussia, Pennsylvania. 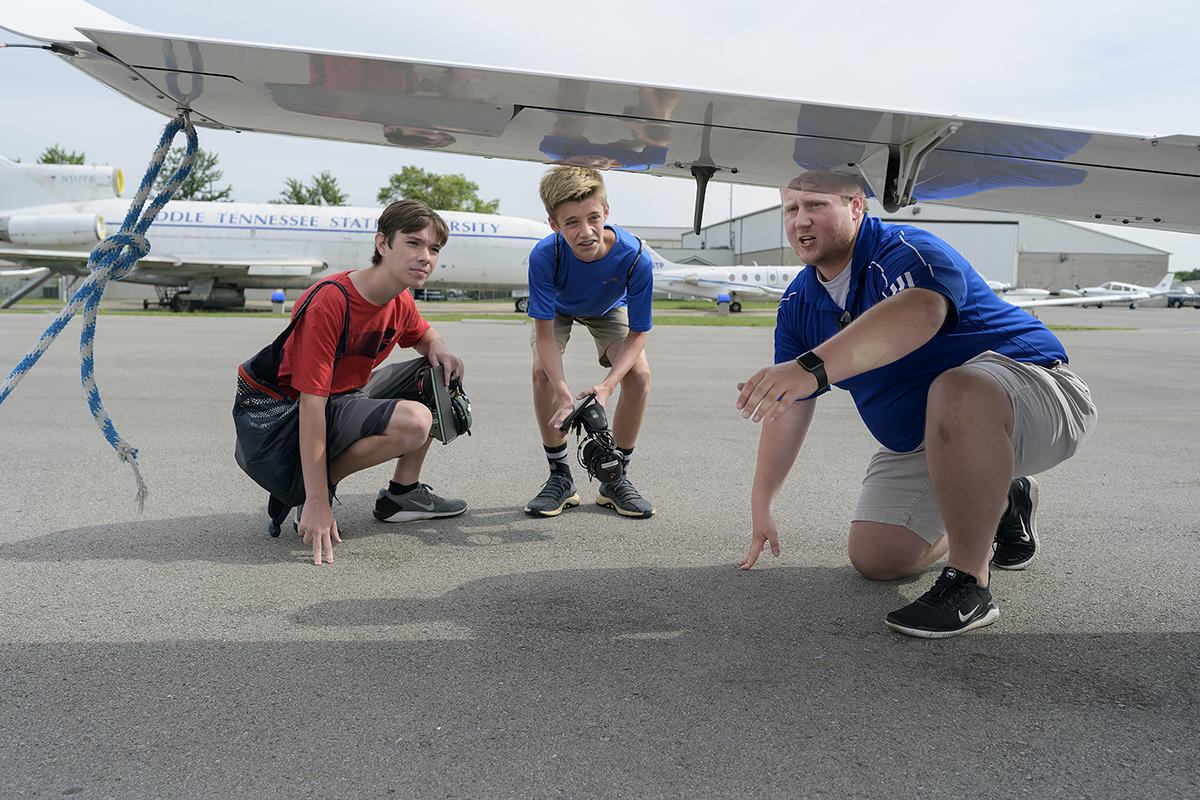 The three dozen 12- to 18-year-olds came to soak in all they could from aerospace’s diverse offerings — professional pilot, air traffic control, maintenance, unmanned aircraft and more — during the weeklong session both on campus in the Business and Aerospace Building and at the university’s Flight Operations Center at Murfreesboro Airport.

“It exposes us to a lot of things, different fields in aerospace,” said Ritchie, 16, a rising junior at Villa Maria Academy in Malvern, about one hour from Philadelphia. “I really like the simulators.”

Brian Ritchie is a Tennessee native. While his daughter was in the camp, he and wife Julie Ritchie were house-hunting, as they might move South, enabling their daughter to consider attending MTSU.

“I’m debating between flight and art — I’d like to be an animator — if I come to MTSU,” Lia Ritchie said. “I’m interested in (attending) MTSU. If I do aerospace, I will definitely come here.” 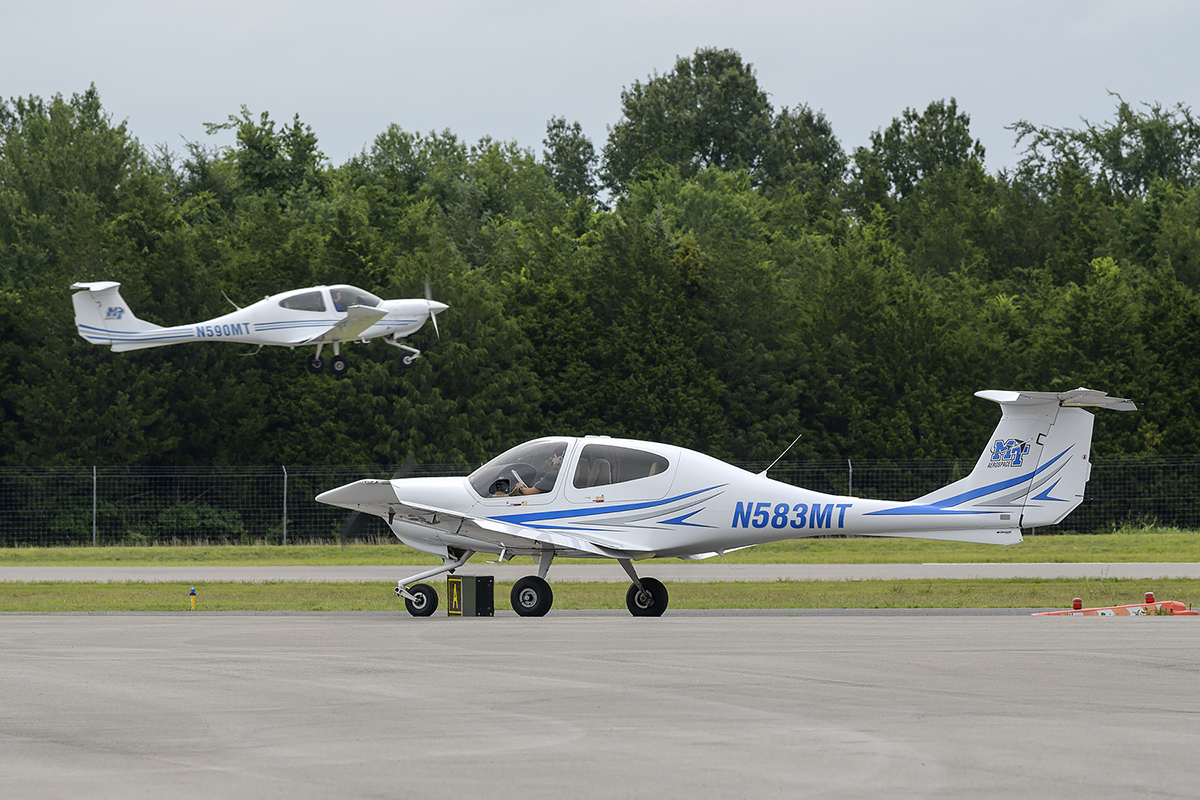 As one plane takes off, another sits on the Murfreesboro Airport tarmac and waits its turn June 12 at the annual Introduction to Aerospace Camp. Participants flew throughout the week and observed other aspects of the aerospace department. (MTSU photo by Andy Heidt)

Shaan Shah, 13, attends Brentwood Middle School. While waiting his turn to fly, he said he “knows different things about planes and different parts of the plane.”

Wendy Beckman, aerospace department chair, said this “has been a great group of kids. They have been super involved and very enthusiastic. We are very pleased with them.” Including Ritchie, five of the 36 campers were females.

MTSU offers a three-day Pro Pilot Advanced Camp June 17-19 for 14 teens. Ten students from the introduction camp will be joined by four alumni from the intro as they gain further flight time with MTSU student instructors. This camp is full.

Beckman said she anticipates many of the camp attendees to consider MTSU as their college choice — “particularly for juniors and seniors. The eighth- and ninth-graders are probably here for fun.”

MTSU has more than 300 combined undergraduate and graduate programs. Aerospace is one of 11 College of Basic and Applied Sciences departments. 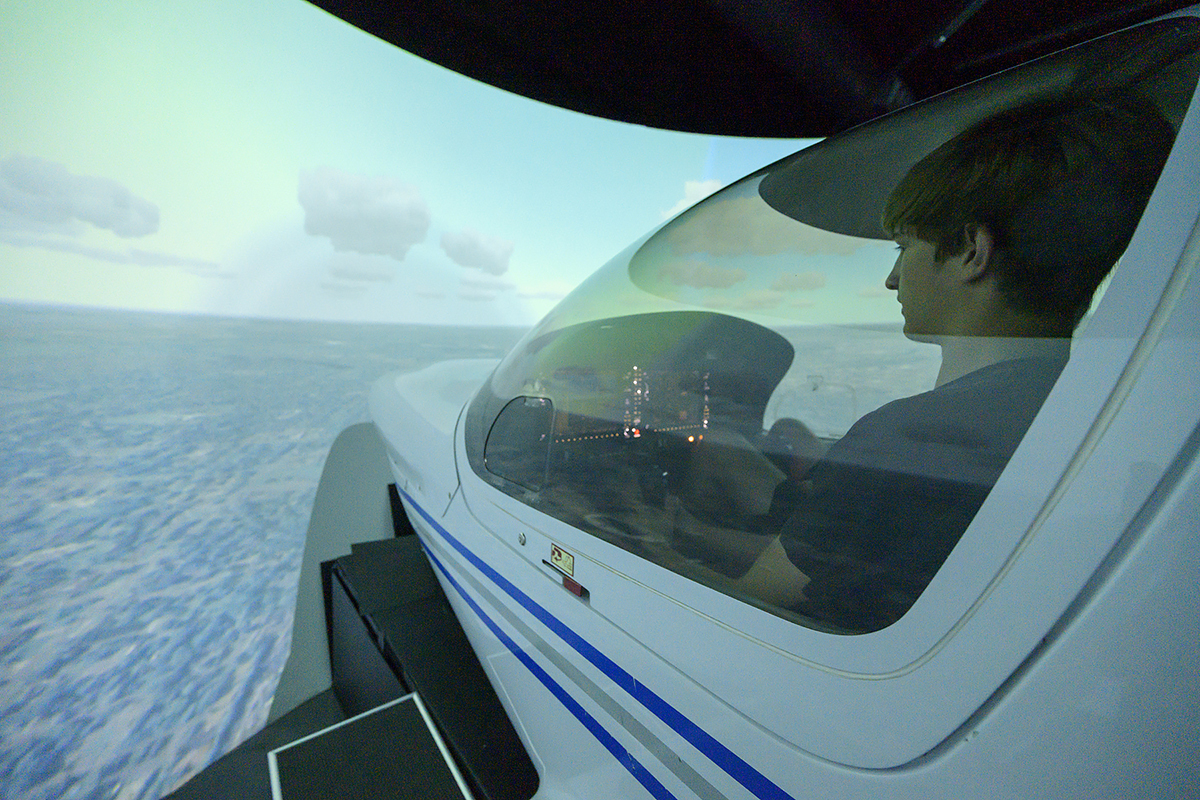 Nathan Fisk, 17, a rising senior at Silverdale Baptist Academy in Chattanooga, Tenn., sits in the pilot’s seat and flies the simulator June 12 during the aerospace department’s Introduction to Aviation Camp. A total of 36 campers attended the weeklong session. (MTSU photo by Andy Heidt) 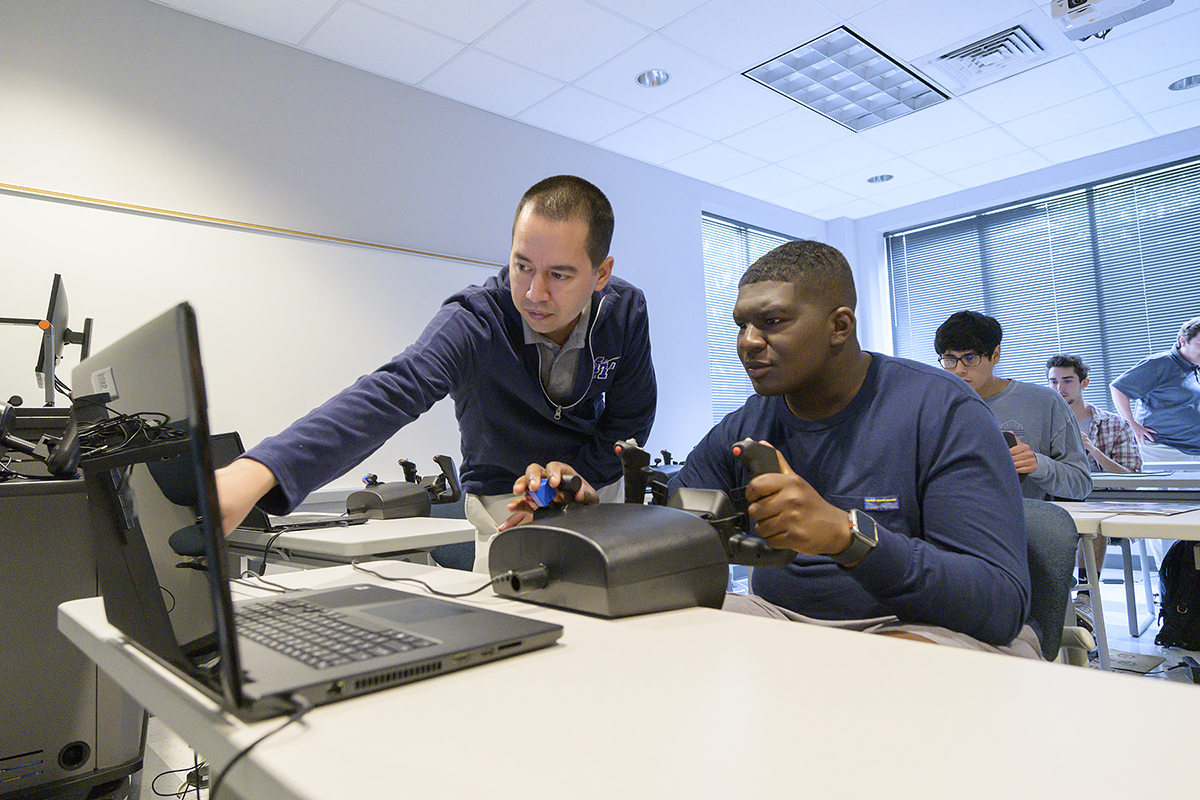