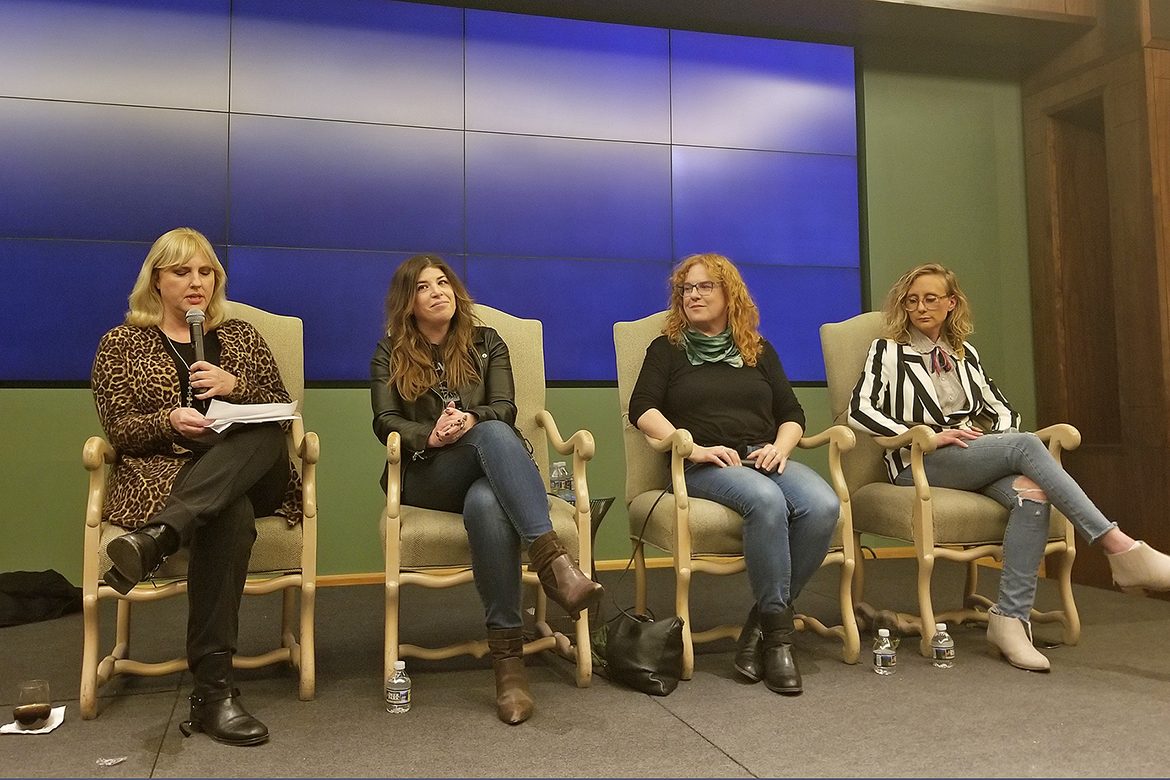 The gathering resulted in plans for the activist group to join forces with the Country Radio Broadcasters to hold a town hall meeting. A video recap of the panel can be viewed below:

Sponsored by Pinnacle Financial Partners and BMI, the event was held at BMI’s offices in Nashville and moderated by Change the Conversation co-founder Beverly Keel, chair of the MTSU Department of Recording Industry.

Change the Conversation was formed in 2014 by Leslie Fram, Tracy Gershon and Keel to fight gender inequality in country music.The organization funds research, mentors young women and hosts events to allow industry experts to share their insights with the group.

Panelist Marissa Moss told the audience that it is up to the industry organizations, including the Country Radio Broadcasters, Country Music Association and Academy of Country Music, to find solutions to the gender equality that has been a topic in Nashville for more than five years.

In response, R.J. Curtis, executive director of the Country Radio Broadcasters, addressed the crowd. “I want all of you to know I am here because we are listening,” said Curtis, who has attended other CTC events.

“Instead of running away from Beverly, Leslie and Tracy, we are running toward them,” he said, noting that hosting a panel or two during next month’s Country Radio Seminar wouldn’t do the topic justice.

“We don’t want to make a perfunctory, check-the-box pass at this,” he told the group. “Doing so would be an insult to everyone in this room tonight. It has to be done thoughtfully, intelligently. We have to recruit informed industry leaders who also participate in sessions during CRS (Country Radio Seminar) to contribute, too, so that any discussion we have ends up being productive.”

“Perhaps this requires a town hall setting, working with your team, and independent from CRS,” he told the crowd.  “It is a multilayered situation that does not have a simple solution.” 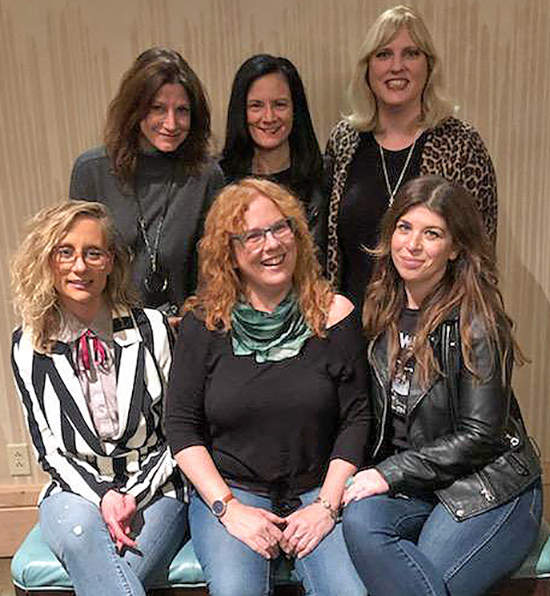 Gershon said Change the Conversation is pleased with Curtis’ willing to partner on finding solutions to the issue. “We know there is a problem and the only way we can solve this is by joining arms and not pointing fingers,” she told the crowd.

Keel said, “It is important to bring everyone to the table — radio station owners and programmers, label executives, artist managers, artists and others — to create an even playing field for women in country music. People need to feel empowered to speak their minds without it harming their careers in any way.”

Journalist/author Jewly Hight, whose work has appeared in The New York Times, Nashville Sceneand on NPR, said too many expectations can be placed on female artists to correct the situation, especially when speaking out could jeopardize their livelihood.

“I respect that for artists, there is a lot at stake, especially for an artist who is a woman,” she said. “I don’t think it is necessarily fair or the way to go about it to expect it to always be women carrying it on their shoulders every time, to be the ones who have to always be the only ones speaking up and saying this is what is wrong.”

Moss, who writes for Rolling Stone, said the media should expand its focus and coverage of the issue.

“Women have had such a great year in terms of perception of the records they are putting out,” she said. “But we keep on (writing), ‘Women are going to save country music now. Women are going to save this crisis from itself.’ It isn’t the job of women to save country music or save the fact that women aren’t getting played on country radio. Every article doesn’t have to ask a woman how she feels about not getting played on country radio…. It is the industry’s job.”

Ann Powers, an author and NPR’s music critic and correspondent, noted that gender inequality is nothing new in music.

“Of course, Sarah McLachlan, a singer/songwriter, and her male manager founded the Lilith Fair because they had been told that putting more than one woman on a bill would kill the bill, that women couldn’t tour together,” she said. “That sounds outrageous to us, but it was the understanding that it was true.”

Lilith Fair was held between 1997 and 1999 and was comprised solely of female artists. In 1997, it was the top-grossing touring festival, earning a gross of $16 million.

“It felt like we had won provisionally something, but of course it comes up again and again,” Powers said. “It is cyclical and it is a system. It is not about individuals, except as they exist in a system, an ecosystem with each other.

“No one woman can change the system; no one man can either. It is a very complex ecosystem and it takes serious attention to structural change at every level to make a difference. Lilith Fair was a step — a huge step — and we are now seeing fruits of some efforts made in the ’90s, even the ’70s. These issues are hardly new. We just have to keep fighting.” 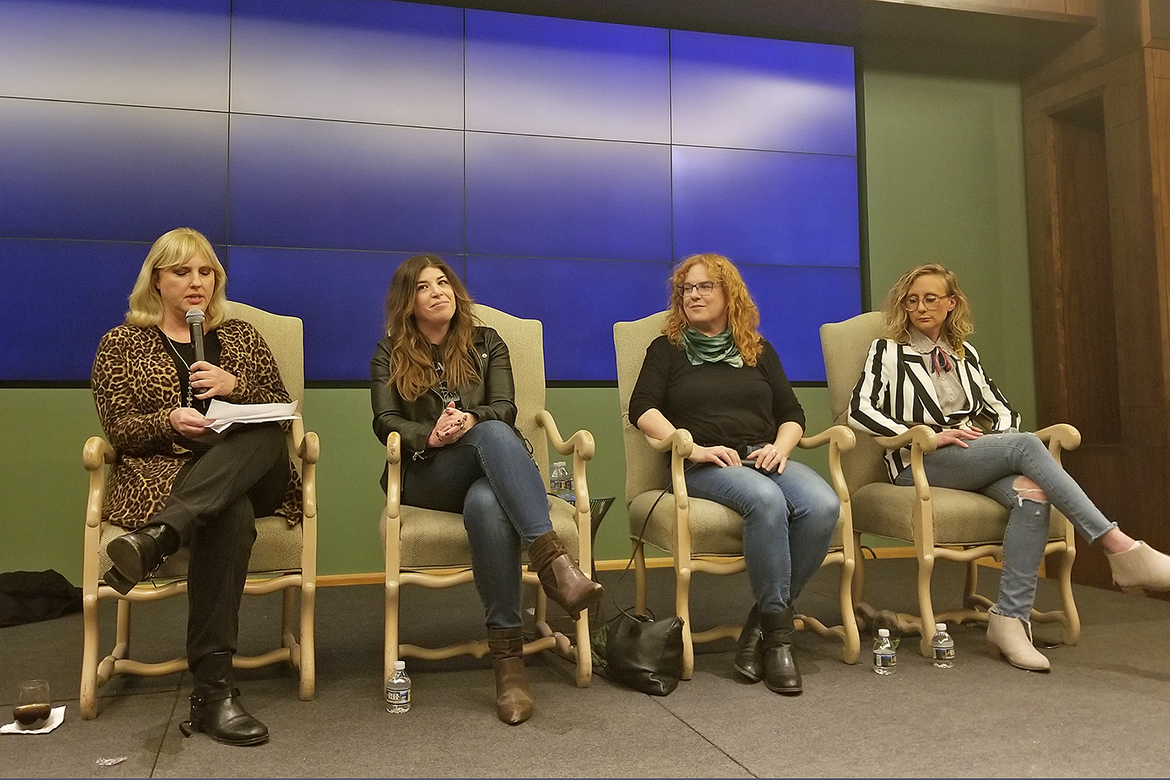