The 90-minute ceremony inside the Student Union featured speakers, music and multimedia in celebration of what would have been the slain civil rights leader’s 90th birthday.

Ward and her sorority sisters of the Eta Psi Chapter of Alpha Kappa Alpha sorority led the celebration and candlelight vigil.

“I thought the vigil was amazing,” said Ward, who’s majoring in industrial and organizational psychology. “It was very moving and really gave us a representation of his life and his legacy and how much of an impact he made on our society and the world, but also how much farther we have to go still.

“He did so much for us, but we have to take his legacy and keep going with it.” 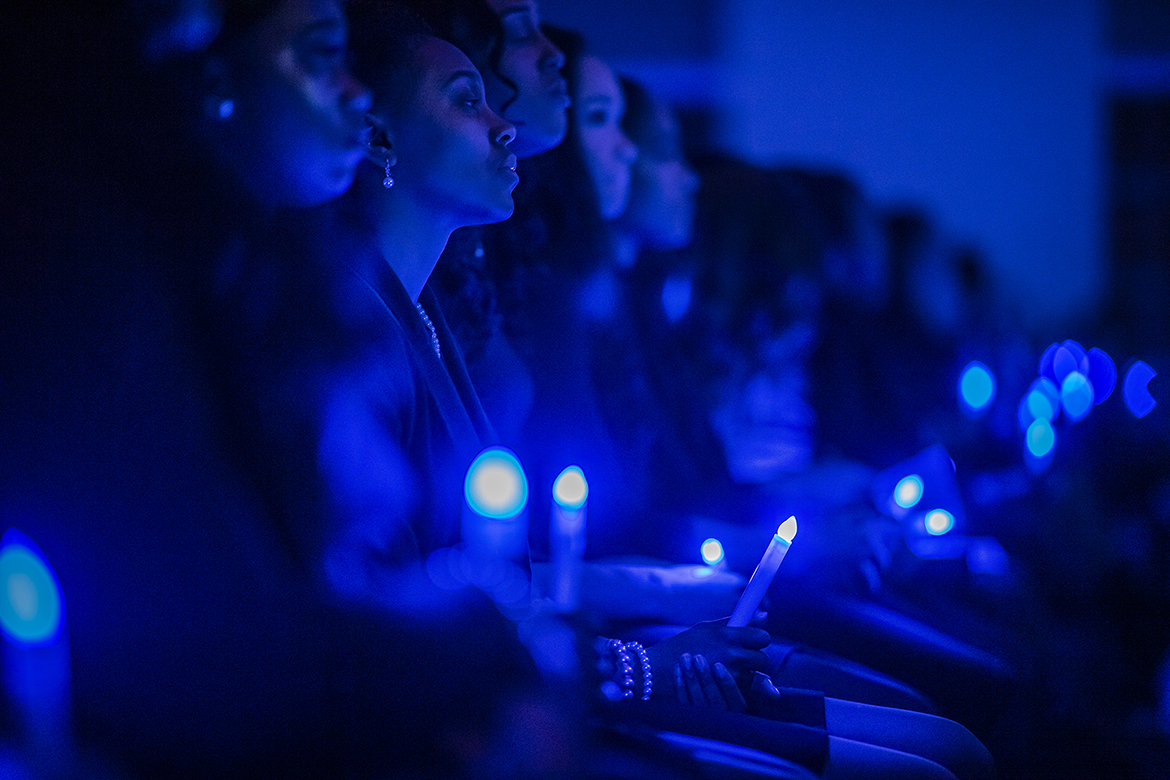 While MTSU offices were closed Monday in observance of the federal holiday, the Office of Intercultural and Diversity Affairs once again coordinated the annual vigil, which featured a variety of multimedia presentations highlighting key moments during the civil rights era as well as a tribute to King’s wife, the late Coretta Scott King.

In keynote remarks for the occasion, Aaron Treadwell, an assistant professor of history at MTSU and senior pastor at African Methodist Episcopal Church in Nashville, told those in attendance that they shouldn’t let adversity keep them from pursuing their goals and dreams. 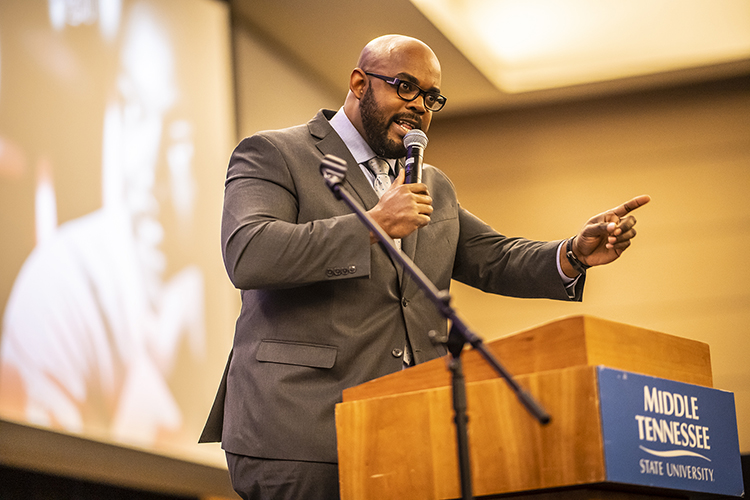 “Don’t let the nightmare in your life — the trial, the tribulation — take you to a hell situation,” he said.

Treadwell recounted King facing challenging situations throughout the civil rights movement, yet choosing to offer his famous “I Have a Dream” speech in Washington, D.C., “even in the midst of America’s own nightmare.”

“He realized that we can never let fear be the stronghold that takes us to hell,” he said. “King projected a joyful dream of an ideologically moral and fair society.”

Treadwell reminded the audience that metaphorical nightmares in life don’t last forever, and once awake, “everybody in here has the power to decide what the rest of your life is going to look like.” 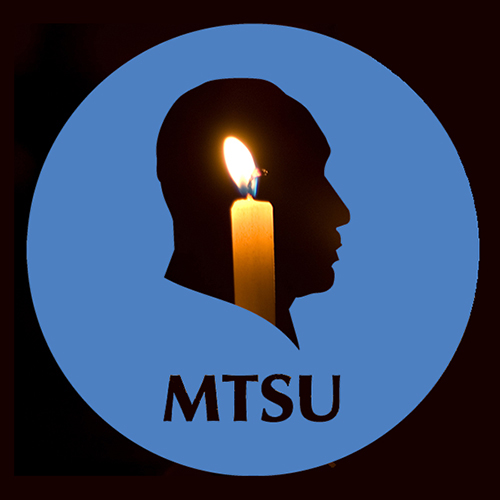 King, who was inspired both by his Christian faith and by civil disobedience tactics employed by Indian leader Mohandas K. Gandhi, led marches and demonstrations that led to the dissolution of legally enforced racial segregation in public accommodations. His work and that of his followers prompted Congress to pass the 1964 Civil Rights Act and the 1965 Voting Rights Act.

After speaking to sanitation workers who were striking for better wages and working conditions in Memphis, Tennessee, King was assassinated on April 4, 1968, as he stood on the balcony of the Lorraine Motel.

Before asking the attendees to join him in reciting the True Blue Pledge to conclude the vigil, Dakota Logan, college pastor at The Point Campus Ministry, challenged those in attendance to make a commitment to get out of comfort zones and connect with “people who don’t look like you.”

“The question is, are you willing? Are you going to be a bridge-builder where there’s been division?” Logan asked. “I challenge you guys this semester … don’t just do what’s comfortable.” 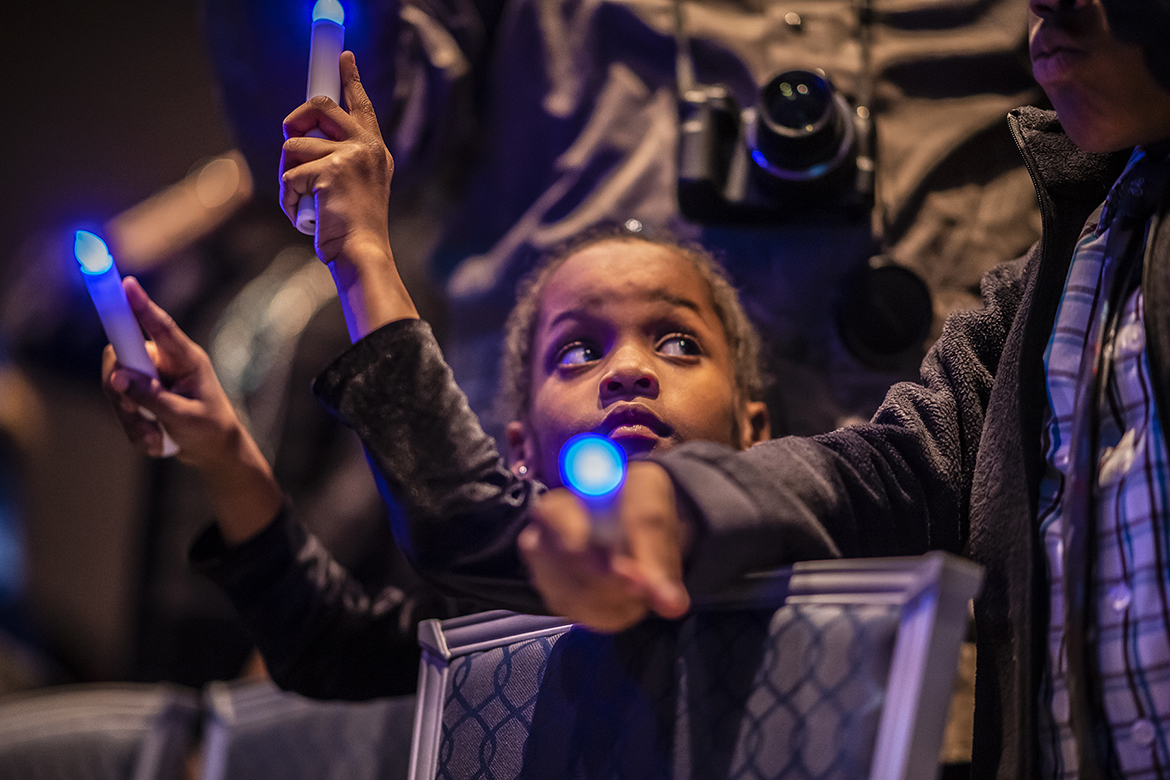 Alpha Kappa Alpha Sorority was the first Greek-letter organization established by women of color. It was created at Howard University in Washington, D.C., during the 1907-08 academic year. The Eta Psi chapter has been in existence at MTSU since 1973.

“Our ancestors started a fight for us, but it is up to us to keep that fight going,” said BreYhana Johnson, AKA chapter president and co-emcee of the event with AKA vice president Cherilynn Mella.

“It’s still our job to keep fighting the fight … not as individuals, but as vessels of our ancestors.”

For more information, contact the Office of Intercultural and Diversity Affairs at 615-898-5812 or email ida@mtsu.edu. 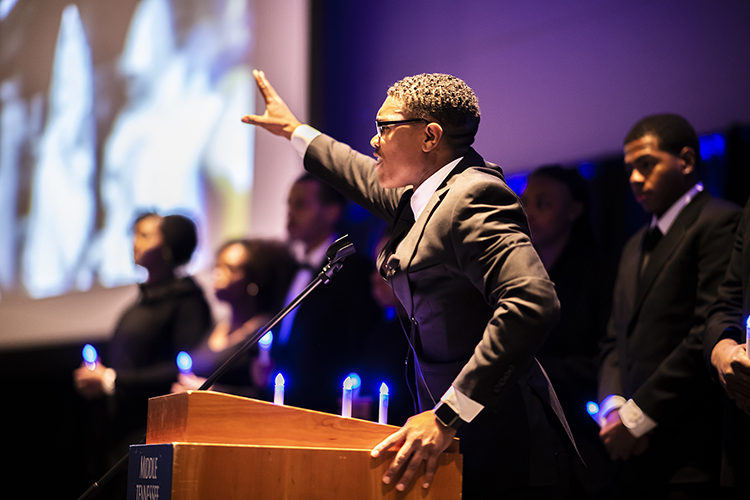 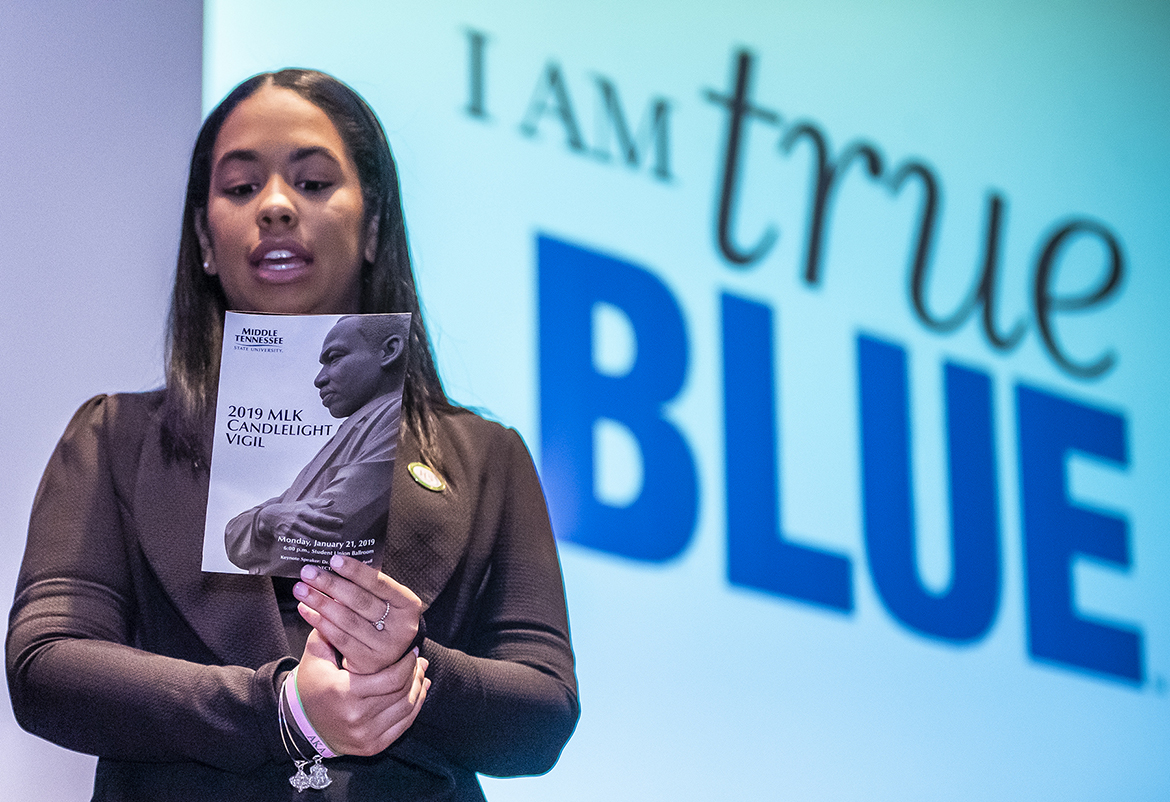