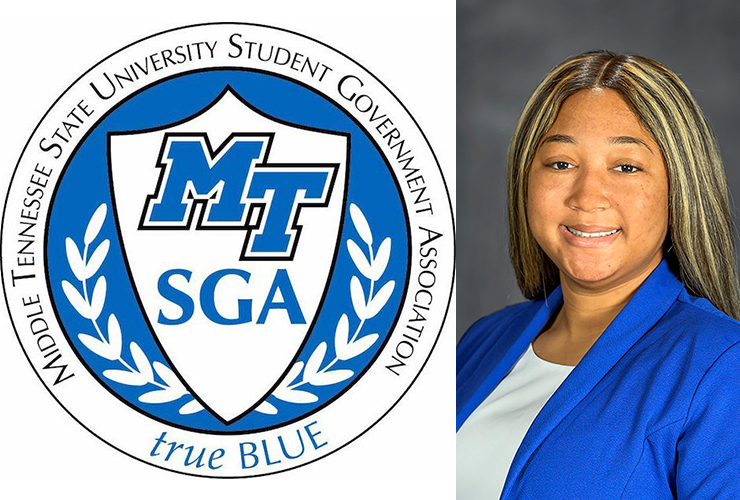 As Chelseah Moore approaches the end of her spring 2021 semester, she reflects on her term as Student Government Association president with pride in helping to create an environment of openness and trust.

“One of my goals was to keep the student body engaged and informed as a whole,” said the finance major from Milan, Tennessee.

That’s why Moore created True Blue Voice, a way in which students could communicate with their president on various topics via videoconference each Tuesday and Thursday. True Blue Voice is consistent with what Moore called her top priority as president — communication.

While response to True Blue Voice was less than what she wanted, Moore continued to monitor social media to stay in touch with students’ thoughts and feelings. She has decided to combine True Blue Voice with College Communication, an initiative of past SGA President Courtney Bernard, to create a new videoconferencing event she hopes will be continued by subsequent administrations.

Students who don’t feel comfortable speaking out will be able to express themselves through surveys. Moore said the views obtained will give the next administration an opportunity to create legislation and communicate with university officials on issues well in advance of the fall 2021 semester.

“They won’t be things that (SGA) senators can change for this semester, for this year, but we’re trying to go ahead and get things in place for next year,” Moore said.

“This year was exceptionally challenging for all of our student leaders,” said Debra Sells, vice president for student affairs and vice provost for enrollment and academic services. “Chelseah did a great job of utilizing Zoom to ensure her executive board stayed on task.

“Even throughout the pandemic, she helped SGA to continue meeting weekly and accomplishing various initiatives. She worked closely with her executive board to ensure they understood COVID-19 protocol, resulting in SGA pulling off successful in-person events such as Student Appreciation Week activities.”

Moore said being on the inside of student government and student-administration relations has benefitted her in pursuing her goals. She said just knowing how to address professors and administrators is a benefit.

“It helps me explain to the student body some of the things they may not understand as much,” Moore said.

She speaks from experience. Moore has been a part of student government since the start of her academic career with a seat on the freshman council. From there, it was on to the student senate representing the Jones College of Business. She also ran for executive vice president and student senate president before being elected SGA president. 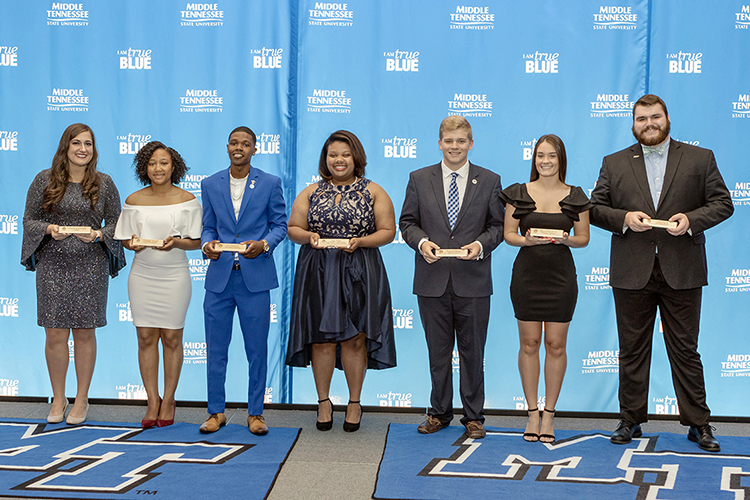 Moore emphasized her role in speaking at President Sidney A. McPhee’s cabinet meetings, a position she said has been very important to her.

As if working toward a degree and serving as SGA president weren’t enough to keep her busy, Moore also is co-chair of social action for Delta Sigma Theta Sorority Inc. and vice president of membership for Alpha Kappa Psi Professional Business Fraternity Inc.

Upon graduation in May, Moore will start work on a master’s degree in supply chain management at MTSU while simultaneously working as a contract specialist at a Nashville firm. Her parting words to newly elected members of student government are the essence of public service.

For more information about the Student Government Association, go to https://www.mtsu.edu/sga/.