‘MTSU On the Record’ bids fare..

With the university’s Lightning and the restaurant chain’s Cow in attendance, MTSU President Sidney A. McPhee and Beau Noblitt, restaurant operator for Chick-fil-A Murfreesboro, revealed details Wednesday during a signing ceremony at the Chick-fil-A restaurant at 2216 Memorial Blvd. in Murfreesboro. 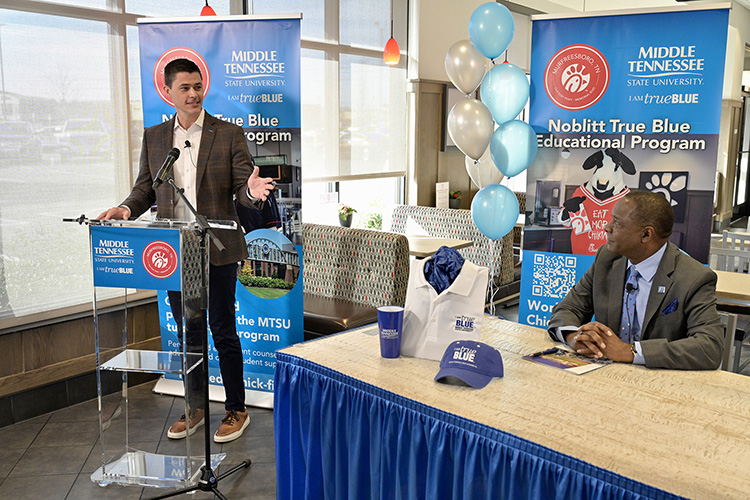 Under the Noblitt True Blue Educational Partnership, eligible employees at the two restaurants in Murfreesboro will be able to take up to six credit hours of MTSU classes each year with 100% of their tuition costs fully funded beginning in the spring 2022 semester.

“This partnership is designed to empower employees to learn and advance their careers no matter where they are on their journey,” McPhee said. “With the benefit of an MTSU education, we will be excited to see these students create their own unique stories of growth. … We know that when we invest in people, we strengthen our entire community.”

“It is a true blessing to be able to partner with MTSU to offer our hard-working team members and our community this opportunity to pursue their dreams while removing the financial burdens that are associated with higher level education,” Noblitt said.

“We appreciate the willingness of MTSU to partner with our organization and hope this program will be a launching point for many well deserving team members both now and in the future.”

The restaurant chain will fund tuition costs for two semesters per calendar year, up to three credit hours per semester. Students who are qualified and who want to pay for additional hours or semesters will be allowed to do so at a reduced corporate tuition rate. 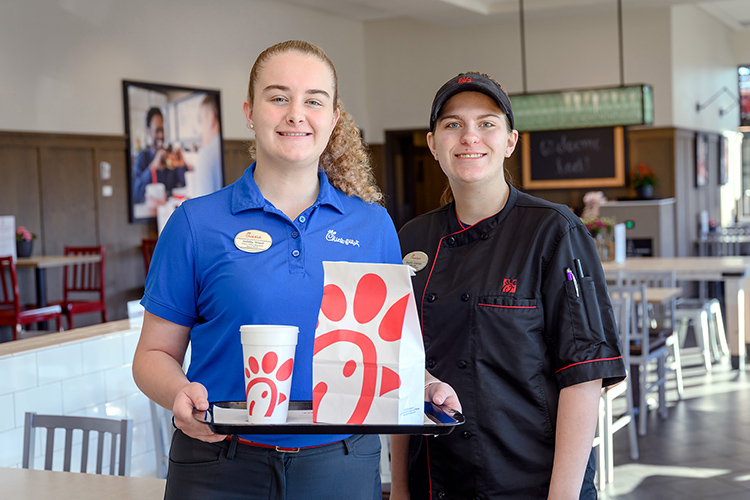 Ashley Wood has worked at the Chick-fil-A location on Old Fort Parkway for more than five years. Since her spring 2022 semester tuition totals nearly $6,000, the sophomore nursing major already has filled out her application.

“I think it’s an amazing opportunity,” Wood said. “I never imagined that you could have so many benefits from where you work, especially for my education.”

With more than 300 academic programs, including numerous nationally recognized offerings, MTSU remains the No. 1 choice for undergraduates in the Nashville metro area, as well as the top choice for transfer and first-generation college students.

MTSU’s partnership with Chick-fil-A marks the second such agreement following the university’s August 2020 collaboration with Murfreesboro-based McGuire Management Group that provides 100% of tuition costs for qualifying employees at McGuire’s McDonald’s franchises in the region.

Rick Sluder, dean of MTSU’s University College, which coordinates both partnerships, said the latest agreement provides a strong financial incentive for local Chick-fil-A workers to continue their education at the university level and removes a barrier of entry for potential first-time students.

“These are hard-working individuals who bring those same qualities to the classroom.  We believe that the difference made through these programs will have life-changing impacts,” Sluder said. “It is quite amazing to be a part of this process, and I have the highest respect for students in the program and business leaders making these investments.”

“It really helps me and my family out a lot,” Garton said. “I don’t want my parents to overwork so I can get an education.” 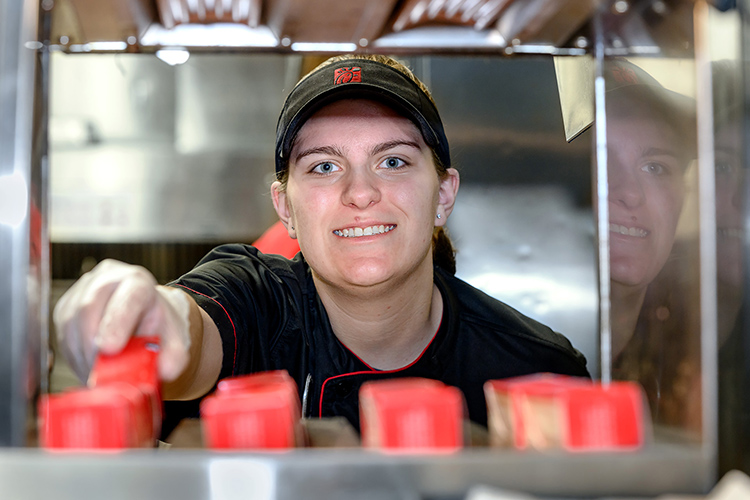 Kaylin Garton, shift lead at the Chick-fil-A Murfreesboro location on Memorial Boulevard, and her co-workers are now eligible for tuition assistance to take courses at Middle Tennessee State University under an agreement signed Wednesday, Jan. 12, between the university and the fast-food chain. (MTSU photo by J. Intintoli) 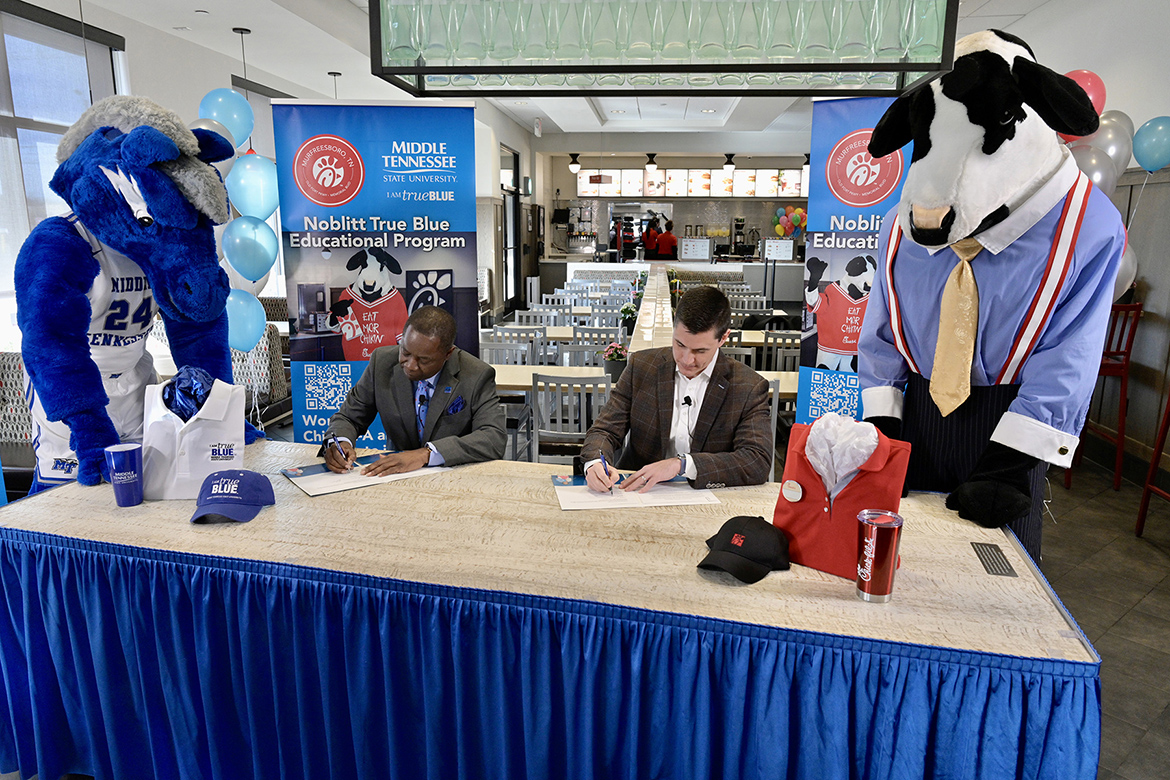