In the News: Inciting violence.. 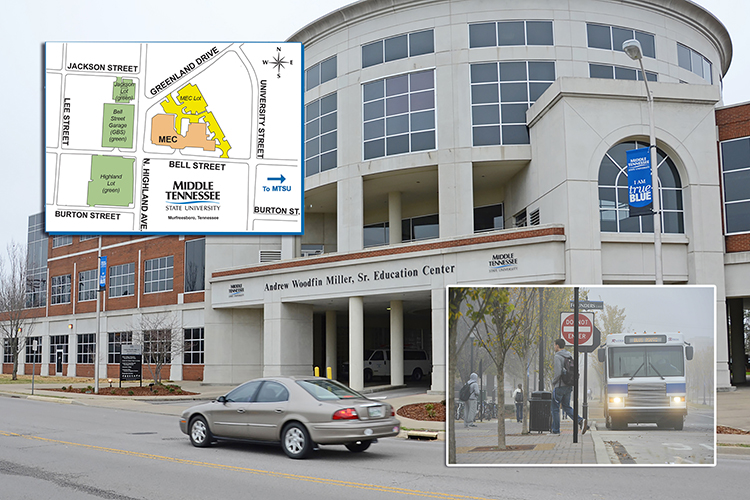 If MTSU student, faculty and staff members’ new year’s resolutions include reducing their stress and their carbon footprint, the university’s Parking and Transportation Services office is helping them check off their lists. 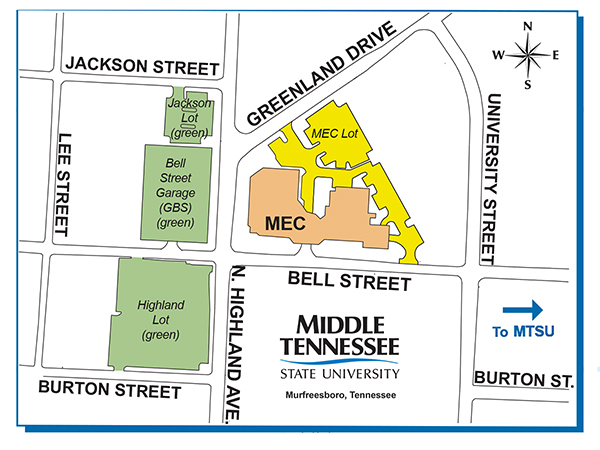 Click on the sector to see the entire MTSU campus map.

Because of the growth of offices and academic services inside MTSU’s Miller Education Center on Bell Street, located about five blocks west of the main campus, the department has made parking at the facility’s main lot faculty- and staff-only effective Tuesday, Jan. 18, with the start of the spring 2022 semester.

Students and the public won’t be left out in the cold, though. They can park in the Jackson Street Lot to the north or in the Highland Lot across the street to meet with professors and staff and attend classes and events in the Miller Center.

Students, faculty and staff can also catch MTSU’s Raider Xpress shuttle to and from the main campus via the new “silver route.” 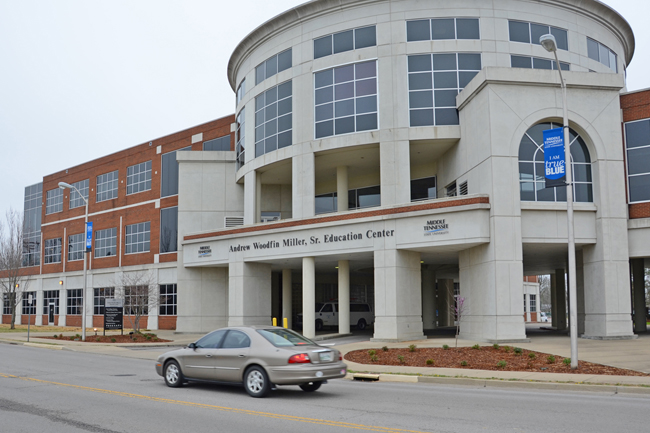 A car passes by the entrance to MTSU’s Andrew Woodfin Miller Sr. Education Center, a renovated campus addition that provides office, instructional and meeting space for some of the university’s key programs, on East Bell Street in Murfreesboro in this file photo. (MTSU file photo)

Tracy Read, the university’s director of parking and transportation, says the new route will pick up riders at the Miller Center and take them to and from the James E. Walker Library.

A view of the new Raider Xpress silver route is available here and on the MTSU Mobile App’s interactive map. The app also features real-time shuttle status updates, available through the settings function.

The new silver-route shuttle will run between the library’s south parking lot at the corner of Womack Lane and Alumni Drive and the Miller Center on Bell Street on the following schedule:

The Miller Education Center is named for alumnus Andrew “Woody” Miller Sr., whose $10 million gift to MTSU in 2012 made the property purchase possible.

The three-story facility, opened in 1996 by then-Middle Tennessee Medical Center for offices, outpatient surgical and diagnostic services, and the adjoining parking lots, garage and green-space site of the original hospital had been vacant since 2010 after MTMC moved to a new site on Medical Center Parkway.

MTSU bought the entire Bell Street property in 2013 for $11.1 million.

The center, renovated for another $6.5 million and formally opened in 2016, now houses MTSU’s University College headquarters, the Jones College of Business Executive Education Center, the Center for Chinese Music and Culture, the Center for Counseling and Psychological Services, the College of Behavioral and Health Sciences’ Center for Student Coaching and Success, the MTSU Police Department‘s Criminal Investigation Division and the MTSU Production Services office. It’s set to become the home of the Department of Recording Industry‘s new Commercial Songwriting Center in spring 2023. 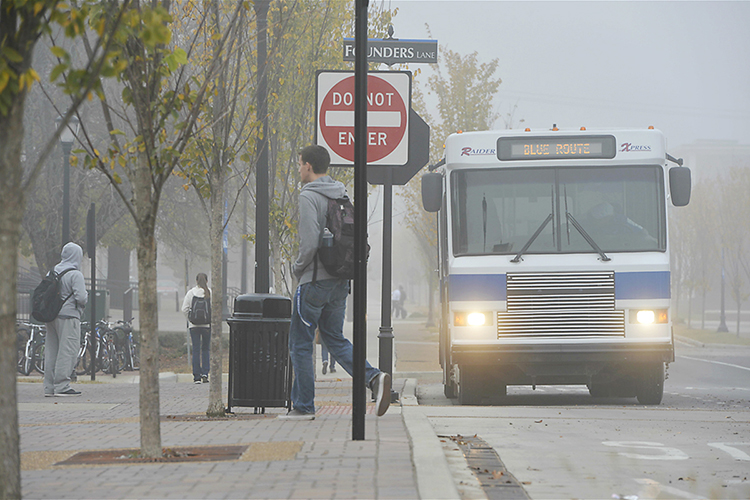 A Raider XPress shuttle pauses at the intersection of MTSU Boulevard and Founders Lane near the Business and Aerospace Building on a foggy late-fall morning in this file photo. The shuttle service is expanding its routes with a new “silver route,” which will run between the James E. Walker Library in the central portion of campus and the Miller Education Center on Bell Street, about five blocks west. (MTSU file photo by J. Intintoli)

For more information about parking at MTSU, visit https://mtsu.edu/parking or email parking@mtsu.edu 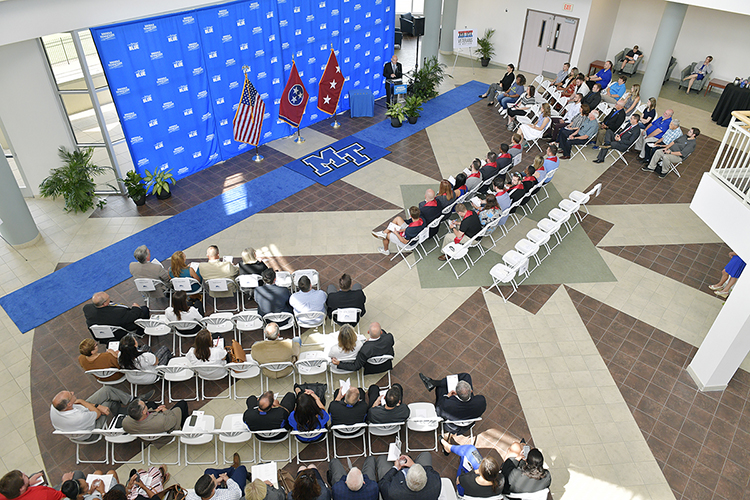 MTSU officials conduct a Graduating Veterans Stole Ceremony in the first-floor atrium of the university’s Andrew Woodfin Miller Sr. Education Center on Bell Street in this file image. The center, located on East Bell Street in Murfreesboro, is a renovated campus addition that provides office, instructional and meeting space for some of the university’s key programs. (MTSU file photo by Andy Heidt)