The recent Christmas Village at MTSU introduced many children to a holiday-themed agricultural experience. 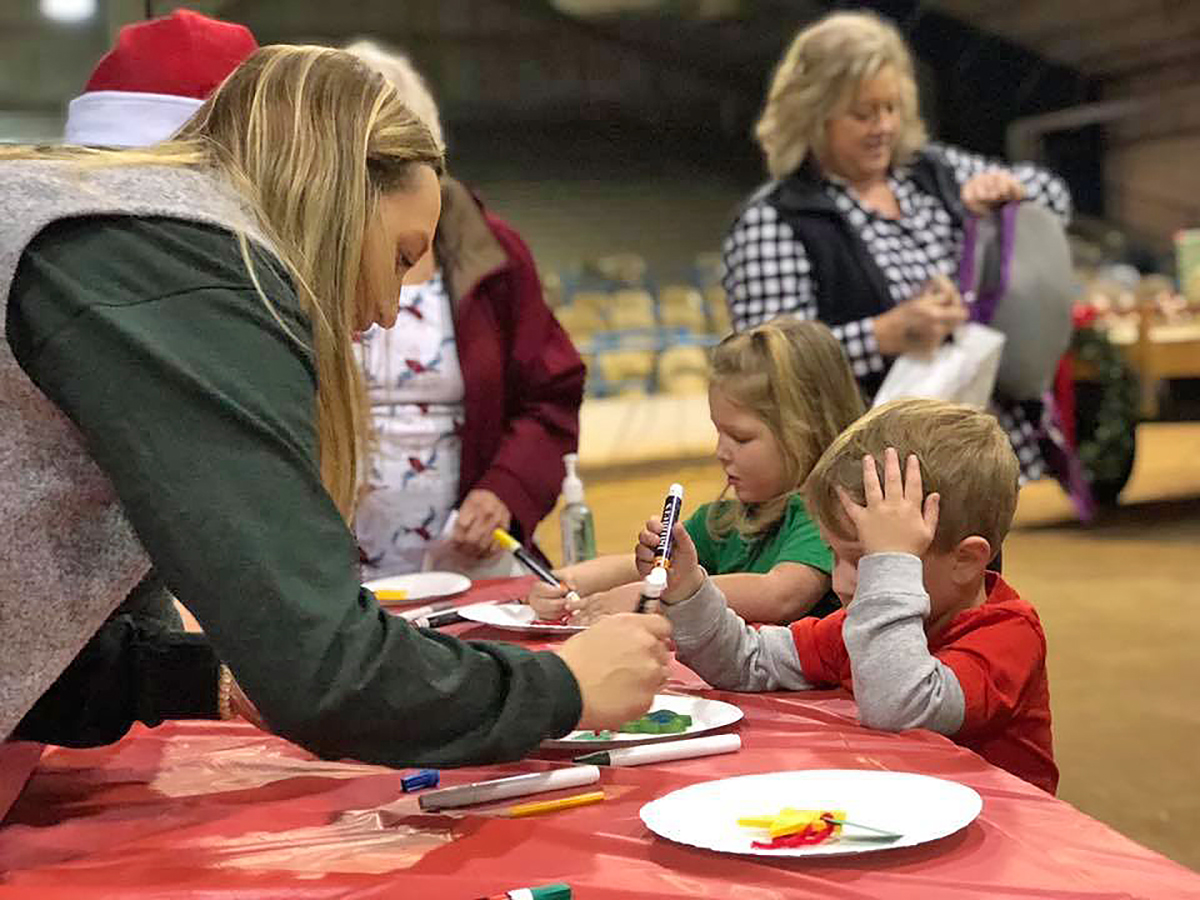 An MTSU agritourism class member assists a little boy in making a Christmas craft during the annual Christmas Village held earlier in December in the Tennessee Livestock Center. (Submitted photo)

At Christmas Village, children have an opportunity to learn about agriculture, make Christmas crafts and see live animals and Santa and Mrs. Claus, all under one roof.

“It was very successful,” said Alanna Vaught, an instructor in the MTSU School of Agriculture. “We moved it to the livestock center’s big arena and it received rave reviews. People liked how there was more space and it could accommodate more people.”

About 290 children attended the event and a combined 500-plus children and parents enjoyed the festivities. Volunteers, which included Vaught’s agritourism class and a Cannon County High School FFA group, increased the crowd to nearly 600.

Children saw a cow, goat and sheep. They spent time in Little Acres interactive exhibit, allowing them to be a farmer for a day. This was provided by the Rutherford County Farm Bureau women and featured collecting eggs, milking a cow and selling agricultural products. Cookies, MTSU Creamery chocolate milk, a hay bale maze and more were available.

The event raised $2,600 after expenses, which will go toward the continued promoting of agriculture with educational materials to children and high school students, Vaught said. About $1,000 was made through walk-ups that morning. 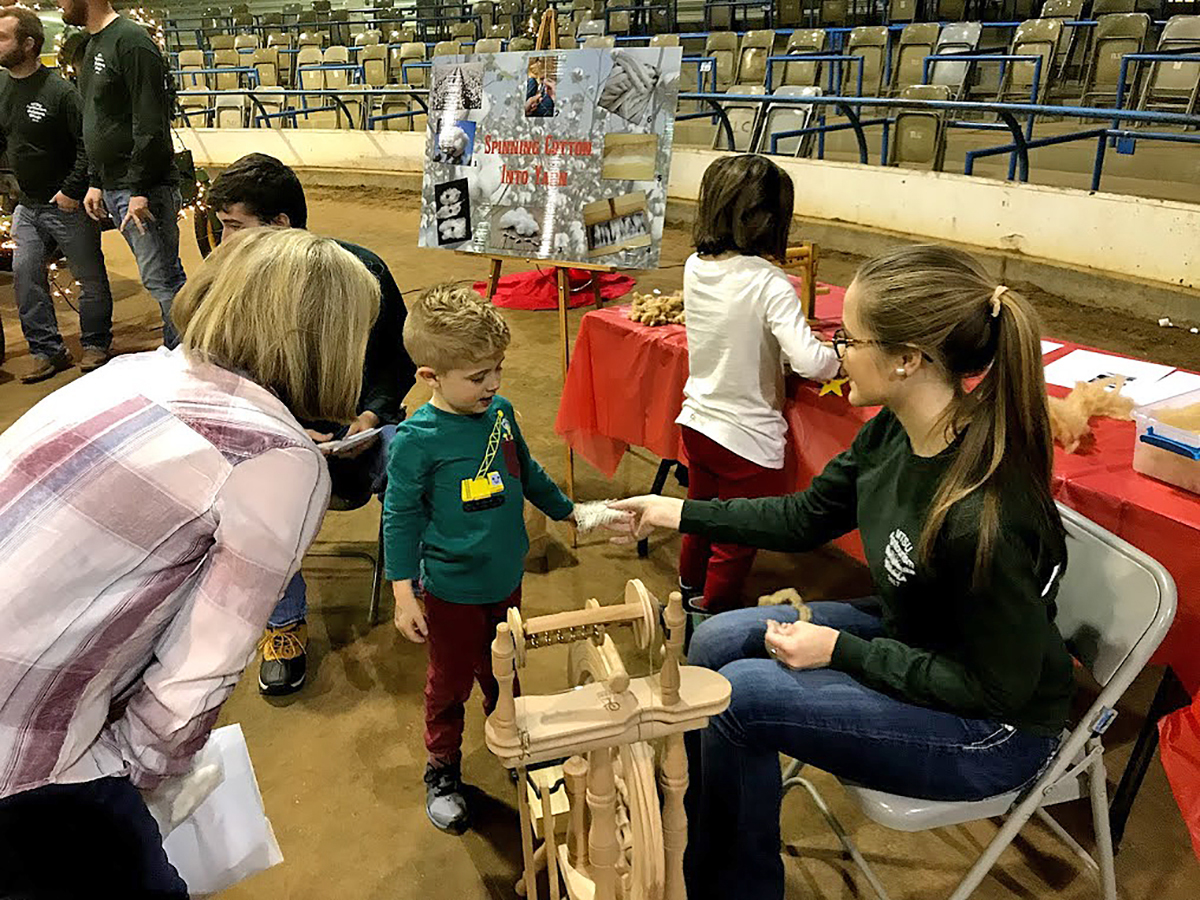 MTSU School of Agriculture student Rachel Elrod, right, shows a small child a small piece of cotton she had spun on the spinning wheel and gave it to the youngster during the recent Christmas Village held earlier this month in the Tennessee Livestock Center. (Submitted photo)

The following week, Vaught and Kacey Roberts delivered five large boxes of food to the MTSU Food Pantry. It was collected at the door from attendees by members of the agritourism class and Woodbury, Tennessee, FFA group. 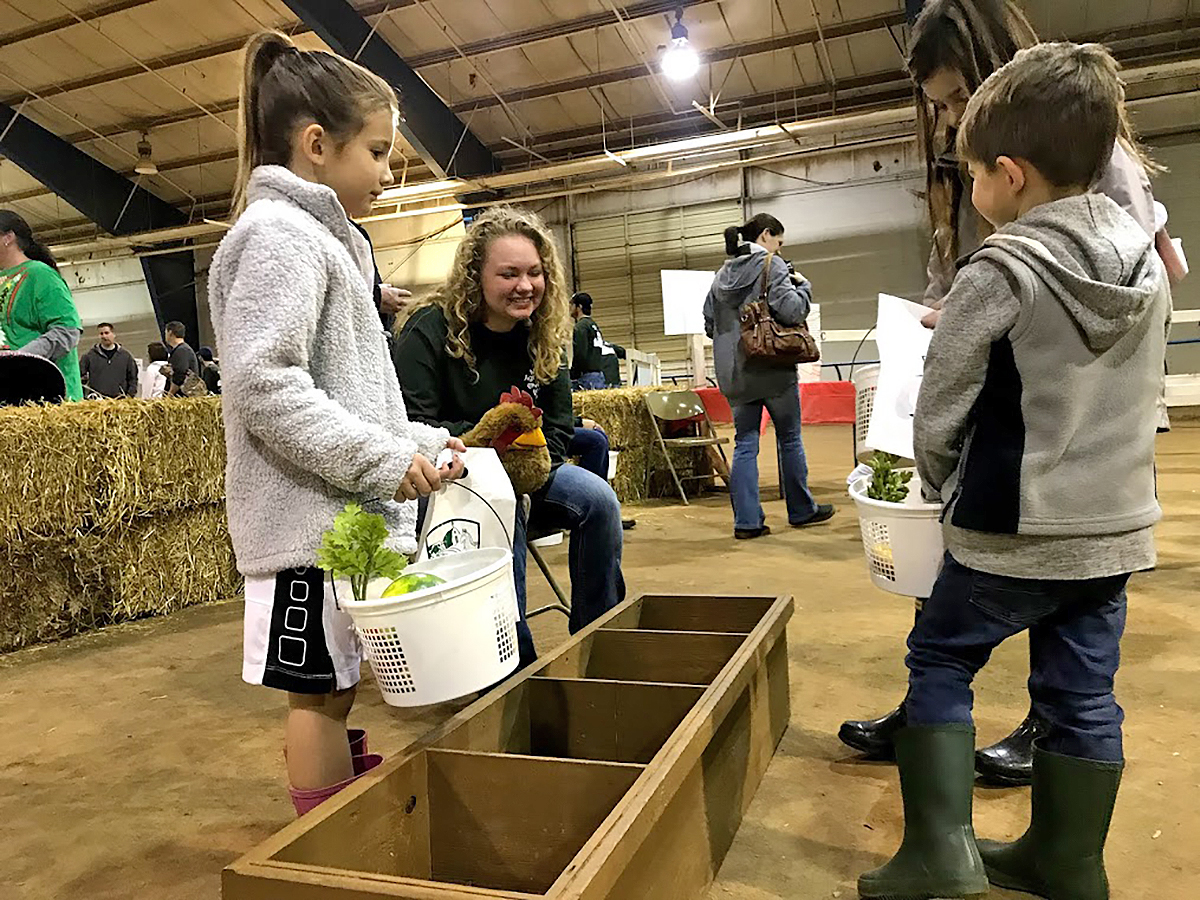