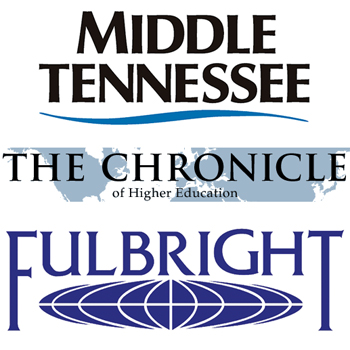 The Chronicle of Higher Education listed MTSU as one of the “Top Producers of U.S. Fulbright Students by Type of Institution, 2012-13.”

MTSU is among 17 schools listed in the Master’s Institutions category and is the only college or university from Tennessee listed in three categories altogether.

The highly competitive Fulbright Program is the flagship international educational exchange program sponsored by the U.S. government. It is designed to increase understanding between the people of the United States and the people of other countries.

“This achievement validates the caliber of student at MTSU,” University Provost Brad Bartel said. “We have attracted many students who are exceptional, and will be leaders in society.”

You can view the complete list at http://chronicle.com/article/Top-Producers-ofUS/135454/. The Chronicle of Higher Education is the major news service for the U.S. academic world.

“To be the only school in Tennessee recognized for this honor is truly extraordinary,” University Honors College Dean John Vile said. “If you see the company we are in — many are elite private colleges — it’s an impressive achievement.”

The Chronicle’s list notes that MTSU had 13 applicants competing for slots abroad and three received 2012 Fulbright Awards, including:

Enhanced efforts by the Honors College’s Laura Clippard to generate more applicants for Fulbright Awards has led to the recognition, the honors dean noted.

“Laura does a tremendous job,” Vile said of Clippard, who joined the staff in 2008 as adviser and Undergraduate Fellowship Office coordinator.

With her assistance, seven MTSU students have earned Fulbright Awards so far.

“We are delighted to be recognized as a ‘Top Producer,’” Clippard said. “MTSU does produce students who are nationally competitive and will go on to be great change agents in society. MTSU is receiving recognition for our international efforts.”

After joining the staff and learning of The Chronicle’s list, Clippard said putting MTSU’s students on it became a goal.

“The Fulbright Program promotes world peace and good will,” she said. “When I saw The Chronicle was recognizing ‘Top Producers,’ that was my dream, to have MTSU recognized. It is designed to have our students become change agents. I’m very passionate about the program.”

MTSU alumna Kaitlen Howell, who also is a Fulbright Alumni Ambassador, will discuss her Fulbright experience in Germany and award opportunities at 3 p.m. Tuesday, Nov. 13, in Room 106 of the Paul W. Martin Sr. Honors Building. The event is free and open to the public.

For more information about the program and other fellowship opportunities, call 615-898-2152 or email Clippard at Laura.Clippard@mtsu.edu.