How to Make Your Professor You..

They entered Murphy Center excited to watch the MTSU Lady Raiders play a college basketball game. All of the thousands of Murfreesboro City Schools’ students left happy when the final horn sounded.

In between, they danced, wiggled and screamed as the Lady Raiders used a 22-7 fourth-quarter spurt to defeat visiting Georgia State, 69-54, in front of 11,310 mostly student fans at the seventh Education Day game. 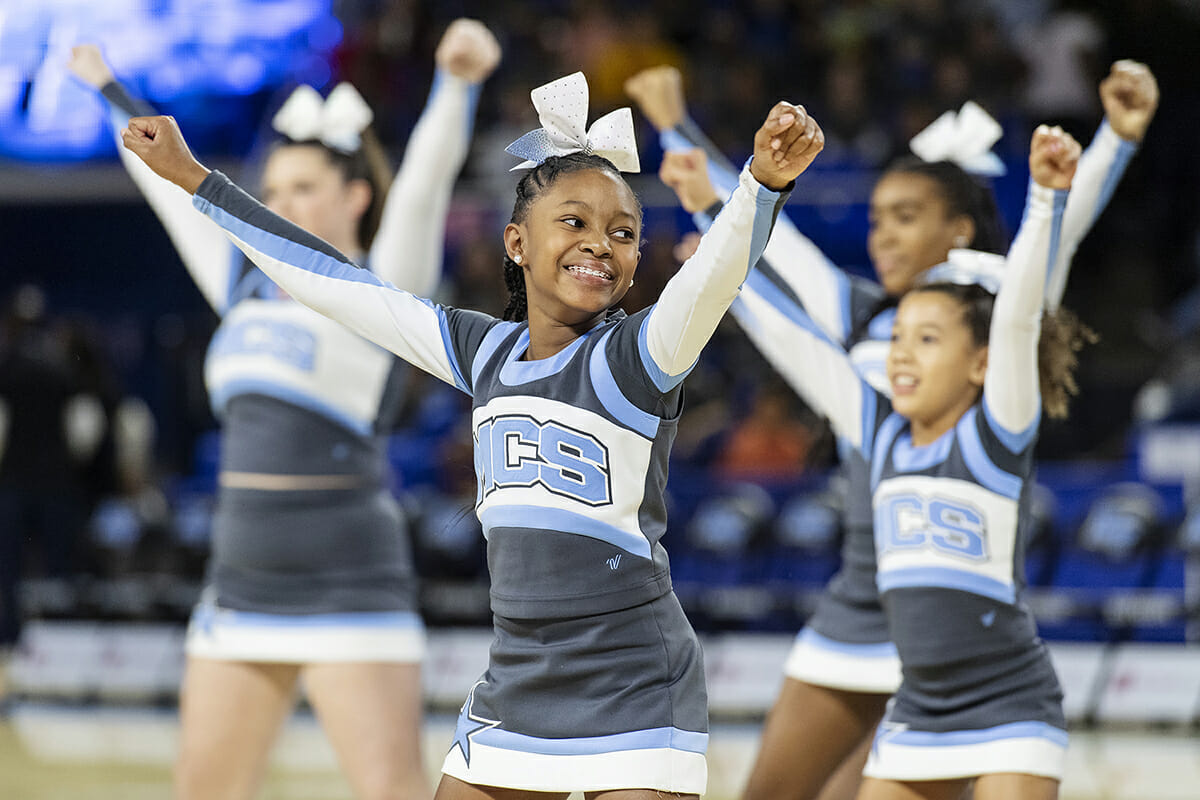 “We’re always happy to have Murfreesboro City Schools students on our campus,” said Deb Sells, vice president of Student Affairs and vice provost for Enrollment Management. In all, 12 schools brought busloads of students to the game.

Coach Rick Insell was pleased with the response his players provided after the Panthers rallied to tie the game at 47-all after three quarters.

“We knew it was going to be a tough game,” said Insell, whose team improved to 6-2 on the season. “I’m very proud of our young ladies for hanging in there and coming back after they got behind.”

“It was loud … and I loved this day,” Insell added. “My hat’s off to Dr. Linda Gilbert (City Schools director) and her staff. They have to have great leadership … to pull this off. It’s a win-win for them and it’s a win-win for us.” 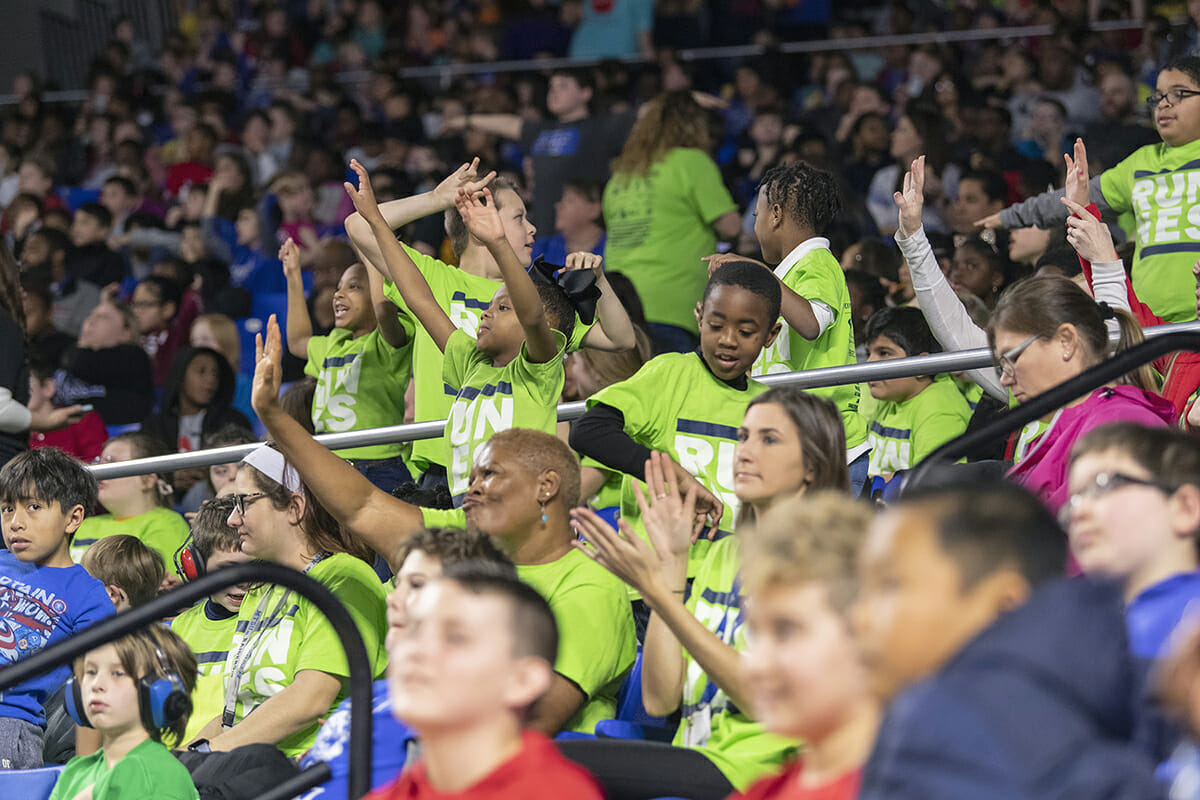 A portion of the 11,310 fans — many of them Murfreesboro City Schools’ students — make noise during the Nov. 29 Lady Raiders basketball game in Murphy Center. (MTSU photo by Andy Heidt)

Reeves-Rogers sixth-grader Serenitee Matheny, 11, who plays basketball for both the Boys and Girls Club and an AAU team, predicted before tip-off “it is going to be an intense game.” And she was right.

Georgia State (3-2) rallied to tie the game heading into the final 10 minutes before MTSU hit 8 of 12 field goals and four consecutive free throws to ice the game.

A’Queen Hayes led the Lady Raiders with 20 points and added seven rebounds. Alex Johnson (14 points), Taylor Sutton (13) and Jordan Majors came off the bench with 12 points and a career-high 14 rebounds in the victory.

President Sidney A. McPhee and MTSU first lady Liz McPhee were among those in attendance. 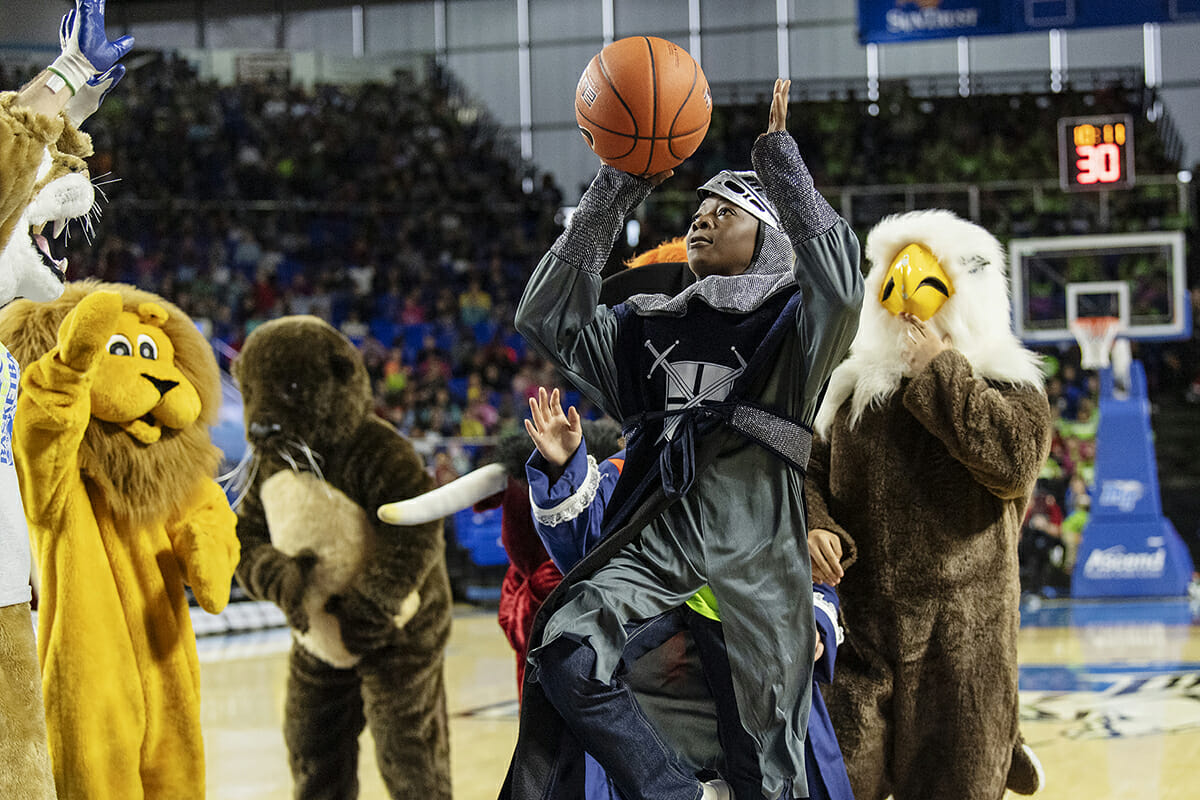 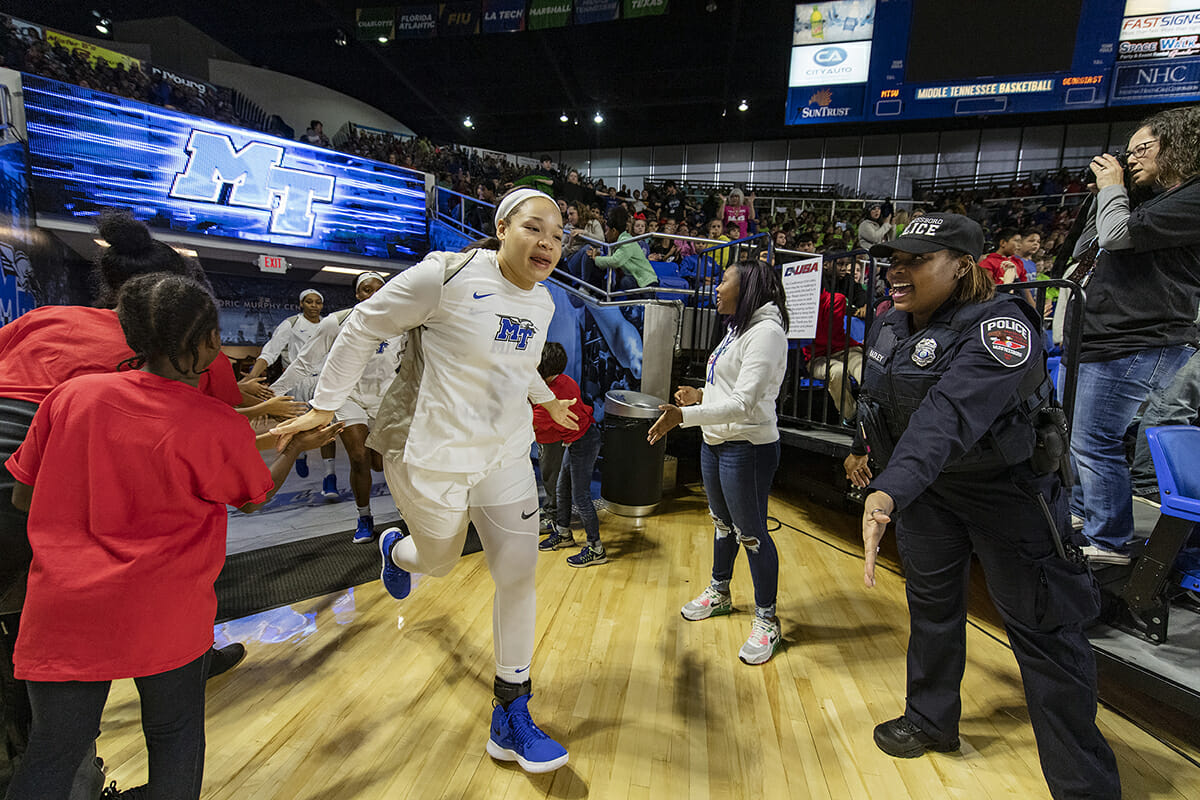 Students from Reeves-Rogers Elementary School and others welcome the Lady Raiders onto the court Nov. 29 in Murphy Center. MTSU broke away in the fourth quarter to win 69-54 in front of more than 11,300 fans. (MTSU photo by Andy Heidt)