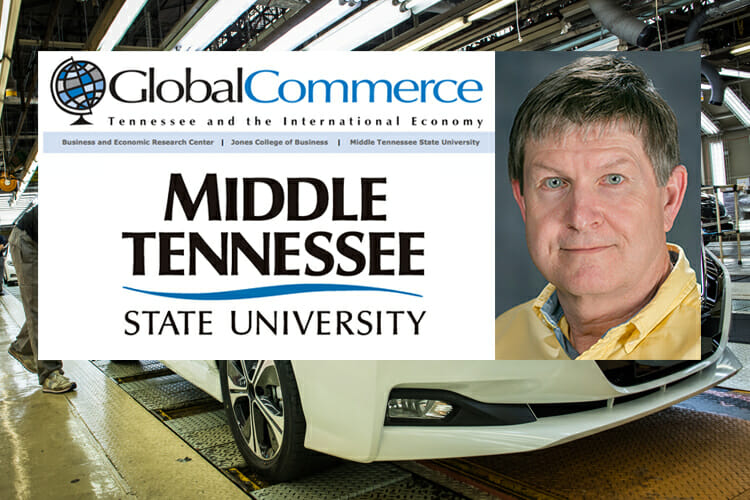 Tennessee’s exporters had “another rather mediocre quarter” and showed the first signs of impacts from the U.S.-China trade war, according to the latest “Global Commerce” report from MTSU’s Business and Economic Research Center.

While the value of the state’s third quarter foreign shipments did rise to $8.32 billion — about a $50 million increase — “that .06 percent gain compares poorly with most other states,” said Steven Livingston, BERC associate director and a professor of political science and international relations at MTSU.

Livingston noted that the main problems were a large loss of computer shipments to Canada, a slowdown in the automotive sector, the closure of a major silicon exporting facility, and, ominously, the first casualties of the trade spat with China as hybrid car exports “fell dramatically” for the quarter.

“These problems were almost enough to wipe out completely strong gains in a number of smaller export industries, such as aluminum plating, pharmaceuticals, and cardboard paper,” Livingston noted.

Mexico, the United Kingdom and Southeast Asia were the state’s best regions for the quarter, while Japan joined Canada as major markets that imported significantly less from Tennessee than they had a year earlier.