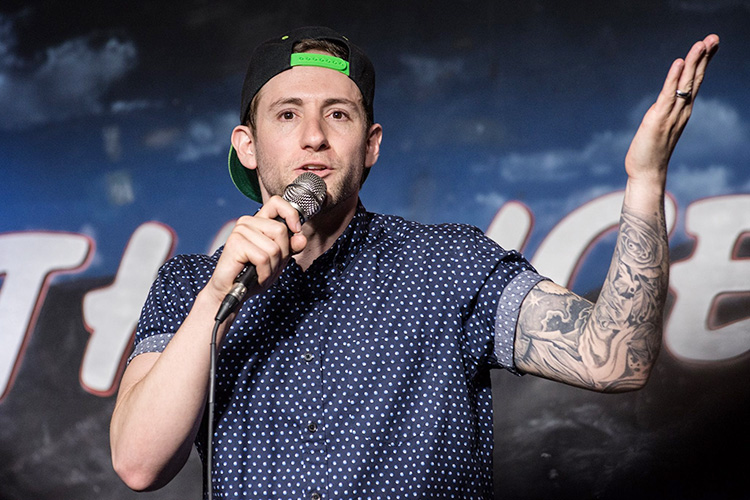 A comedian who has transformed his disability into a career is bringing his act to MTSU.

Samuel J. Comroe, a fourth-place finalist on the 2018 season of the NBC reality television series “America’s Got Talent,” will perform at 7 p.m. Tuesday, Feb. 5, in the university’s Student Union Ballroom.

The event is free and open to the public, and no MTSU ID is required. Doors will open at 6 p.m.

Comroe was diagnosed with Tourette’s syndrome at age 6. His comedy material is based on his experiences dealing with the neurological disorder, which is characterized by involuntary movements and vocal utterances.

A Los Angeles native, Comroe was the winner of Ricky Gervais’ “Just Sayin’ App” comedy competition in 2012 and the 2013 San Francisco Comedy Competition. He has appeared on “Conan” on TBS, “Real Husbands of Hollywood with Kevin Hart” on BET and All Def Digital’s “Comedy Originals.” Comroe performs at more than 100 clubs and colleges each year.

For more information or to make accommodations for guests with disabilities, call 615-898-2551.

Comic Samuel J. Comroe, a fourth-place finalist on the 2018 season of NBC’s “America’s Got Talent,” performs in this publicity photo from his website. Comroe is set for a free public performance at MTSU Tuesday, Feb. 5, in the university’s Student Union Ballroom. (Photo submitted)