Knoxville, Tennessee-based TNFIRST sought a site to hold its FIRST Tech Challenge Tennessee Regional Robotics Competition. With one of the fastest growing robot-driven mechatronics engineering programs in the nation, MTSU offered the solution.

Citing the university’s central location and other key factors for hosting the event, MTSU Department of Engineering Technology Chair Walter Boles said that mechatronics is “all about robotics and automation.”

MTSU College of Basic and Applied Sciences Dean Bud Fischer said he openly welcomes programs like FIRST Robotics. “They are imperative to the future of engineering and technology,” he said. 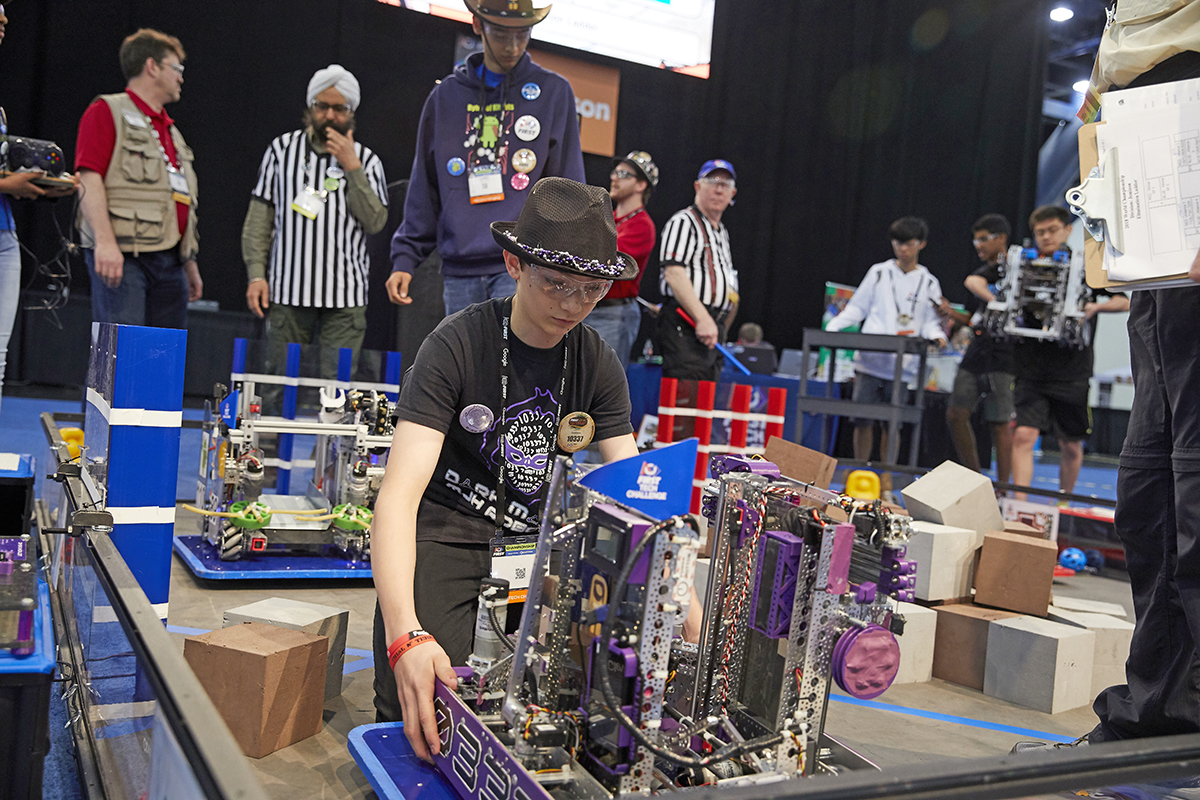 A participant at a FIRST Robotics competition lifts his team’s robot to move it into position on the playing surface. The FTC Tennessee Regional Robotics Competition will be held at MTSU in Alumni Memorial Gym Feb. 2. (File photo by Argenis Apolinario)

The regional competition for 28 teams and 300 middle school and high school students with a keen interest in all things robots will be held from 11 a.m. to 7 p.m. Saturday, Feb. 2, in MTSU’s Alumni Memorial Gym, located at 2610 Middle Tennessee Blvd. in Murfreesboro. The event is free and open to the public.

“We’re seeing our next generation of engineers, designers, programmers and scientists (at these events),” John Rozell, director of research and developmental labs for MTSU’s engineering technology department, said of the participating seventh- through 12th-graders.

Fischer noted that the opportunities created by this venture “give students a hands-on learning environment where real job skills are practiced, from team problem-solving to critical thinking.”

“First Robotics Tech Challenge inspires a lifelong love of learning that is critical to persevere in today’s ever-changing workforce,” Fischer added. “Through this we’re developing the innovators, technology leaders and creative problem-solvers who will make the world a better place. MTSU is proud to sponsor a competition in which younger leaders exercise their curiosity and experiment with science and technology.” 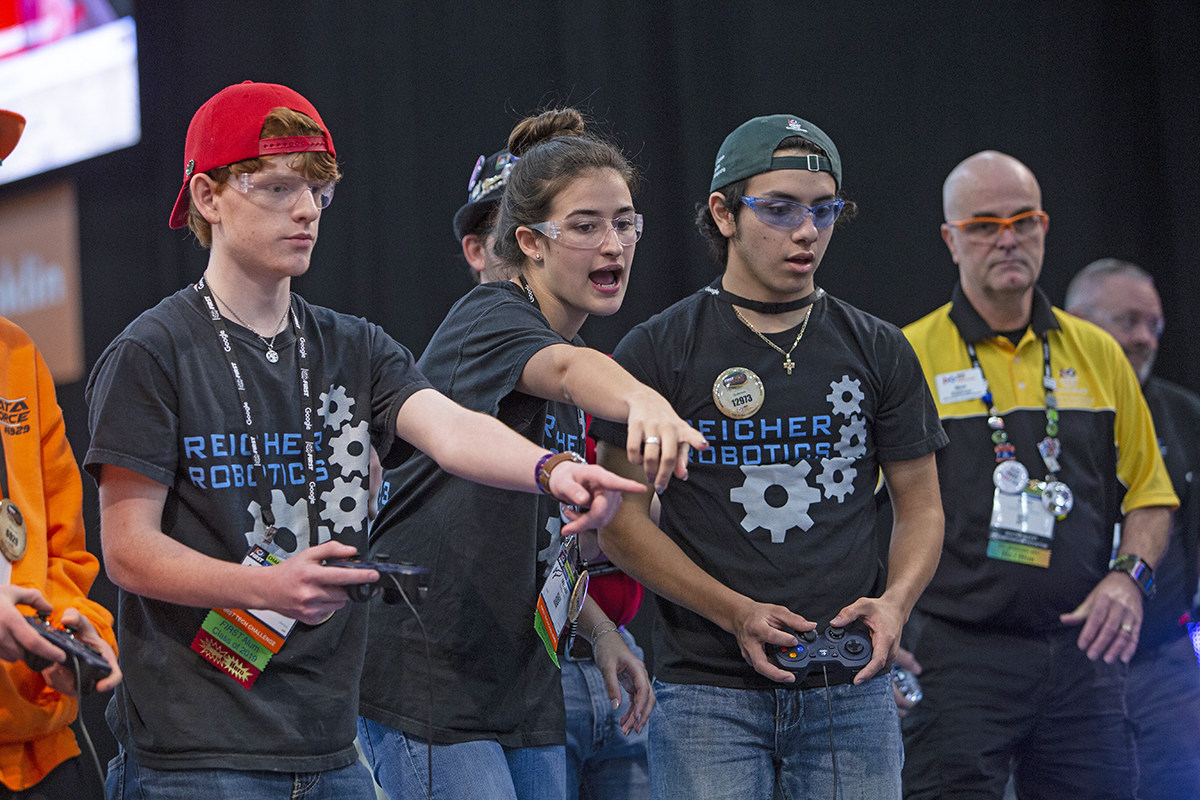 A team competes during a match at a FIRST Robotics competition in this file photo. The FTC Tennessee Regional Robotics Competition will be held Feb. 2 in MTSU’s Alumni Memorial Gym, and the public is invited. (Photo by Adriana Groisman)

“This annual event will give MTSU high visibility in automation and robotics endeavors and attract more students to our programs,” Boles said. “Of course, job opportunities for graduates are incredibly good, along with high salaries.”

Teams comprise up to 15 students and two to three mentors. Participants and their robots compete within a 12-by-12-foot playing field. Each robot’s starting maximum dimensions must be 18 inches wide, 18 inches long and 18 inches high. 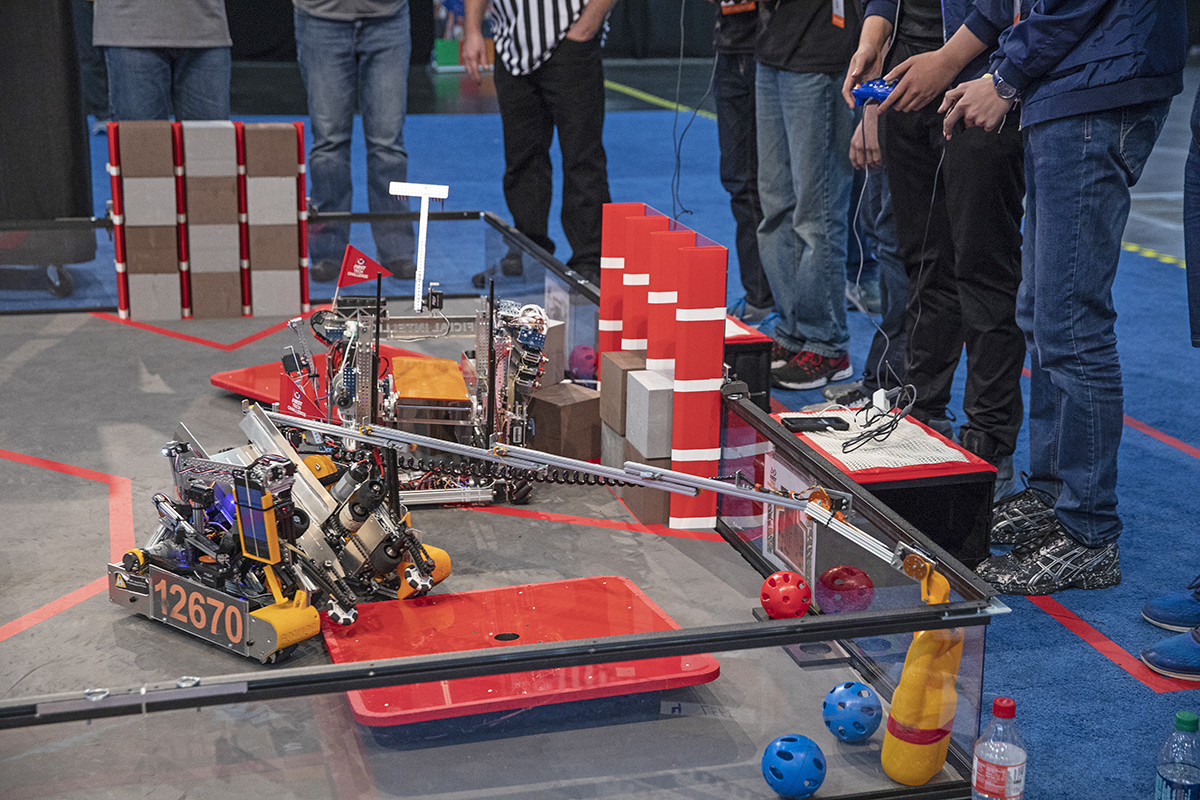 Robots compete during a match at a FIRST Robotics event in this file photo. The FTC Tennessee Regional Robotics Competition will be held Feb. 2 in MTSU’s Alumni Memorial Gym. (File photo by Adriana Groisman)

This year’s game is called “Rover Ruckus,” using a 2-on-2 format played on the 12-by-12 field. Sixty matches are scheduled to rank the 28 teams, and elimination matches will determine the event winner.

Awards will be presented at the end of the competition.

Mike Wehrenberg of Knoxville is chairman of TNFIRST, a nonprofit corporation organized to provide resources and activities that build and expand mentor-based robotics programs throughout Tennessee.

The mission of FIRST is to inspire young people to be science and technology leaders and innovators by engaging them in exciting mentor-based programs that build science, engineering and technology skills; inspire innovation; and foster well-rounded life capabilities, including self-confidence, communication and leadership. To learn more, visit https://tnfirst.org. 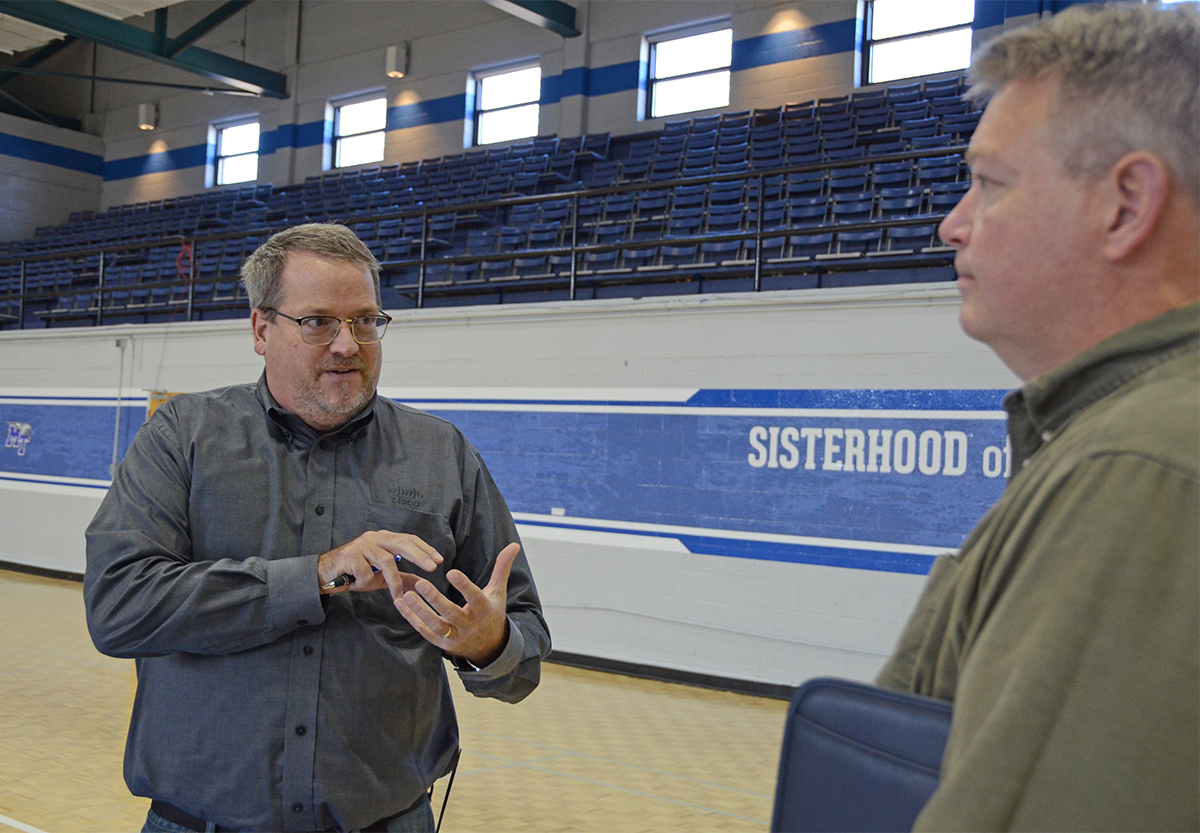