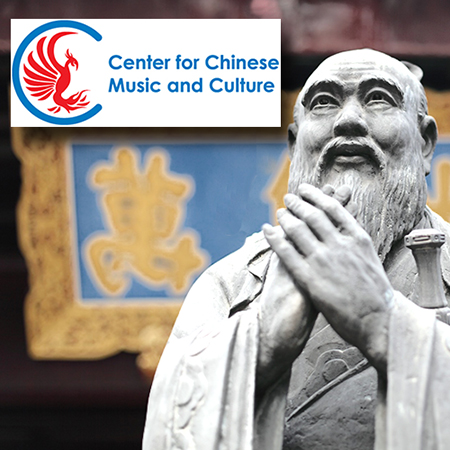 MTSU will pay tribute to one of the most quoted philosophers of all time and one of the greatest influences in the history of eastern Asia at a special event Wednesday, Sept. 21.

The Center for Chinese Music and Culture will sponsor a Confucius Day Celebration at 7:30 p.m. Sept. 21 in Hinton Hall inside the Wright Music Building.

The event is free and open to the public, and a printable campus parking map is available at http://tinyurl.com/MTSUParkingMap.

Dr. Mei Han, director of the center, said the program will feature a variety of traditional and contemporary Chinese instrumental music, including numbers from the period in which Confucius lived and fostered his philosophy.

Among the instruments to be played is the qin — pronounced “shin” —which is a thin, flat-bodied instrument with seven strings.

“This is a scholar instrument, and many historical records suggest that Confucius himself played the instrument,” said Han.

The Nashville Chinese Cultural Club and Jen-Jen Lin and Roxanne Crew from the Chinese Arts Alliance of Nashville also will perform dance numbers.

MTSU alumna Taffy Xu will complement the evening of music, dance and poetry by reading Confucius’ own sayings in both English and Chinese.

After graduating in 2011, Xu studied in Hangzhou, China, for one year through MTSU’s Confucius Institute Hanban scholarship. She earned her master’s degree in 2015 and is now an associate instructor at English Language School in Nashville.

Confucius was born in 551 BCE, Before the Common Era, in what is now Shandong province in China. He is believed to be the country’s first teacher to advocate making education available to all citizens and to encourage teaching as a vocation.

After a brief political career, which he was forced to end because of his moral values, he went into exile for 12 years. His reputation and his number of students and followers grew, however, and have continued to do so after his death in 479 BCE at the age of 72.

Confucius Day is the 27th day of the eighth lunar month on the Chinese calendar. It is celebrated on different days in the month of September in several Asian nations.

For more information, contact the MTSU Center for Chinese Music and Culture at 615-898-5718 or ccmc@mtsu.edu.

This bronze statue of Confucius welcomes visitors to the central building of the Shanghai Confucius Temple in central Shanghai, China. The temple honoring the teacher-philsopher was built in the 14th century. MTSU’s Center for Chinese Music and Culture is sponsoring a “Confucius Day Celebration” Wednesday, Sept. 21, in the Wright Music Building.