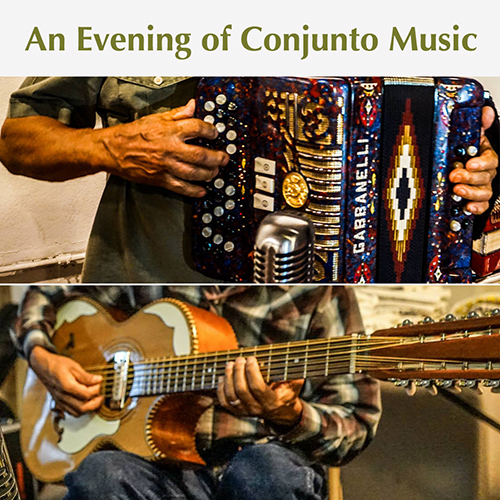 Martinez, who plays the accordion, and Sanchez, who plays the bajo sexto, will share music and stories about this rich traditional Mexican-American music at the 7:30 p.m. event, which is being presented by MTSU’s Center for Popular Music.

Dr. Dan Margolies, a music scholar and conjunto festival organizer who’s worked with Martinez and Sanchez and the Texas folk music scene for many years, will moderate and provide historical and cultural context for the performances in the JUB’s Tennessee Room.

A searchable, printable campus parking map is available at http://tinyurl.com/MTSUParkingMap.

You can get a preview of Martinez and Sanchez’s work below.

Conjunto music developed in South Texas and northern Mexico in the late 19th century, when German settlers brought the button accordion to the region. Local residents added the bajo sexto, or “sixth bass,” a unique 12-stringed Mexican guitar, and the two-piece ensemble was soon providing music for working-class celebrations across the region.

Click on this poster to see a larger version.

The 1930s saw a surge of popularity outside the region when record labels came calling, creating a demand for music from innovators who’d begun playing the treble melody on their accordions instead of the bass-chord buttons of the old Germanic technique. This new style evolved after World War II into a four-piece ensemble by adding an electric bass and a drum kit, ultimately leading to the popularity of artists like Grammy-winning accordionist Flaco Jiménez.

Martinez, a native of Los Angeles who also plays drums, mariachi, guitar, bass and saxophone, won a Grammy for the best Tejano album in 2009 for his work with Los Texmaniacs on “Borders Y Bailes.”

Sanchez, a native of Corpus Christi, Texas, began studying the bajo and guitar at age 9 and made his professional debut at age 16. Since then, he’s performed and recorded with conjuntos and orchestras across the United States, Canada and Mexico.

The Center for Popular Music, one of the nation’s largest and richest repositories of research materials related to American vernacular music, recently celebrated its 30th anniversary and is part of MTSU’s College of Media and Entertainment.

This program is part of a yearlong series of special events celebrating the launch of the renamed College of Media and Entertainment. For more information about the college and its programs, visit www.mtsu.edu/media.