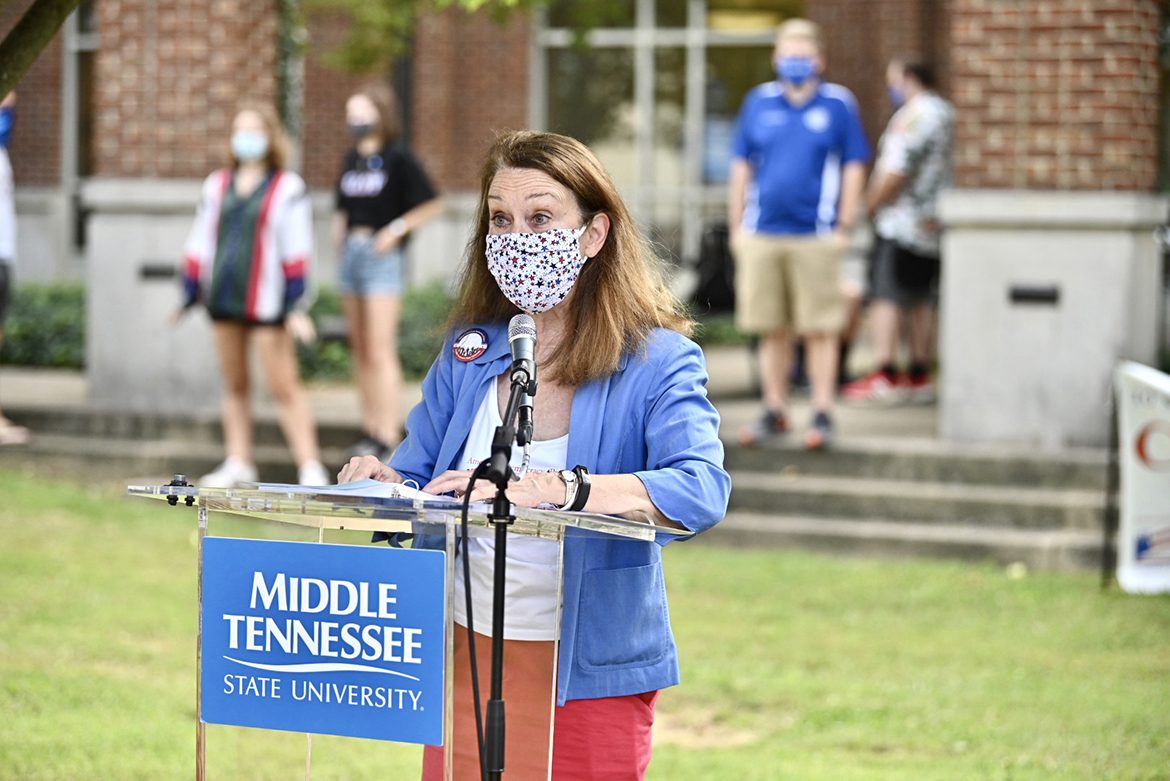 Civic-minded MTSU students, faculty and staff lined up Thursday on campus to celebrate the 233rd anniversary of the signing of the United States Constitution.

The world’s longest surviving written charter of government was signed Sept. 17, 1787, ratified in 1788 and in operation since 1789. The MTSU community celebrated Constitution Day by reading portions of the nation’s bedrock legal document aloud at two locations. 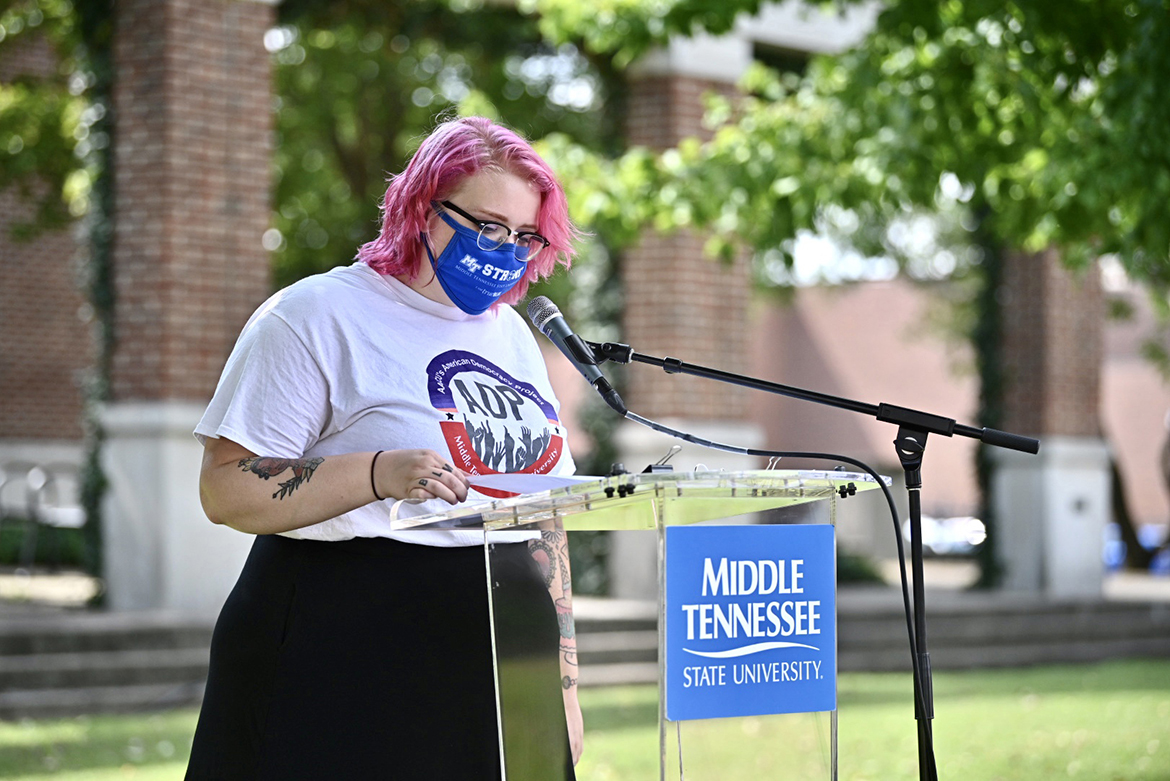 Miranda Johnson, a graduate student and liberal arts major from Murfreesboro and member of the MTSU chapter of the American Democracy Project, reads a portion of the U.S. Constitution in front of the University Honors College Sept. 17 during MTSU’s 2020 celebration of Constitution Day. (MTSU photo by J. Intintoli) 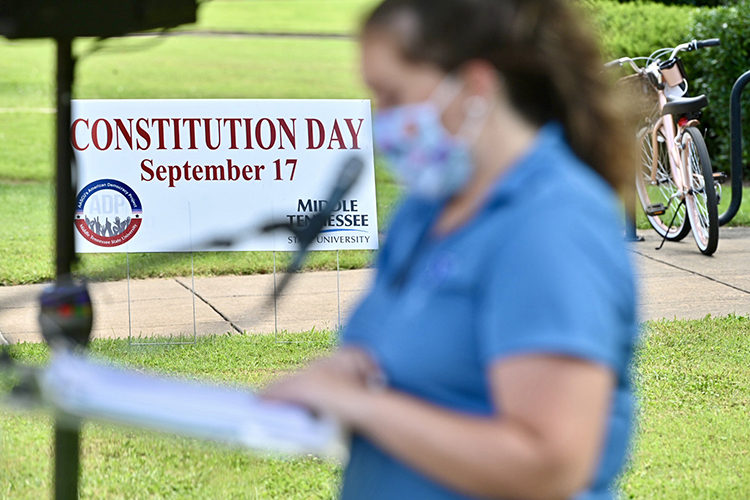 A student reads a segment of the U.S. Constitution Sept. 17 as part of MTSU’s 2020 celebration of Constitution Day. (MTSU photo by J. Intintoli)

Megan Alyward, a freshman forensic science major from Marietta, Georgia, delivered her reading on the west side of campus on the steps of the Kennon Sports Hall of Fame building in an event hosted by Blue Raider student-athletes.

Alyward, a midfielder on the women’s soccer team, read the 12th Amendment, which outlines the procedure for electing the president and vice president.

“Today, on Constitution Day, it’s really important that we represent our country and we pay respect to the freedom that we are so lucky to have,” Alyward said. 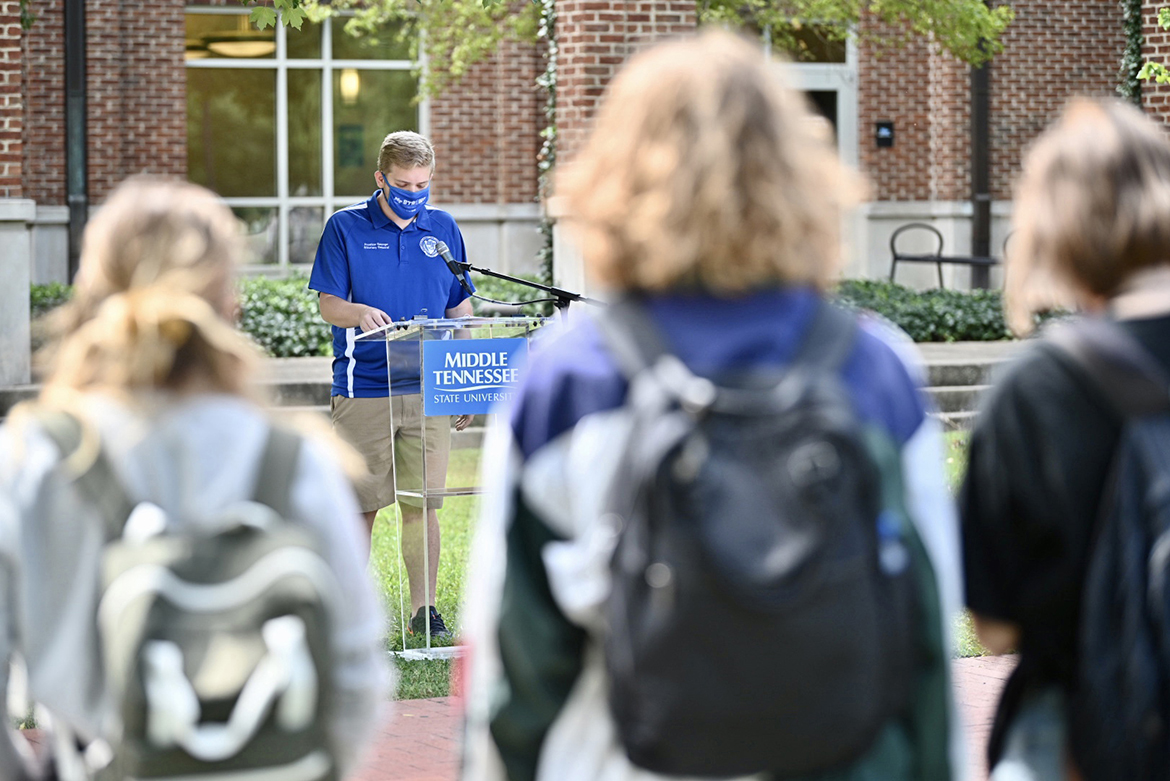 On the east side of campus, MTSU honors students and student organizations hosted readings on the lawn of the Paul W. Martin Sr. Honors Building, many wearing face coverings in observance of mandated pandemic precautions which reduced the number of locations on campus for this year’s traditional readings.

Robert Mepham, a sophomore business administration and data science major from Cookeville, Tennessee, read two sections of Article 1, which covers the process of electing senators and the power of Congress to levy taxes and make bankruptcy laws.

“I think everyone, regardless of their age or their political affiliation, should know the Constitution and appreciate it for what it is,” Mepham said.

Meanwhile, volunteers from various organizations helped people register to vote in front of the James E. Walker Library and at the Kennon Sports Hall of Fame. Tennessee’s deadline to register for the November presidential election is Monday, Oct. 5.

“This year, as an election year, it’s just perhaps more important than ever,” said Mary Evins, coordinator of the American Democracy Project for Civic Learning, one of the sponsors of the Constitution Day celebration.

Other sponsors include the College of Liberal Arts, the League of Women Voters of Murfreesboro/Rutherford County, the Center for Historic Preservation, the Tennessee Civil War National Heritage Area, the University Honors College, the Office of the University Provost, the MTSU Distinguished Lectures Fund and the Albert Gore Research Center.

For more information about the American Democracy Project, email amerdem@mtsu.edu or visit www.mtsu.edu/amerdem.

For information on voting in Tennessee, visit http://mtsu.edu/vote or https://sos.tn.gov/elections. 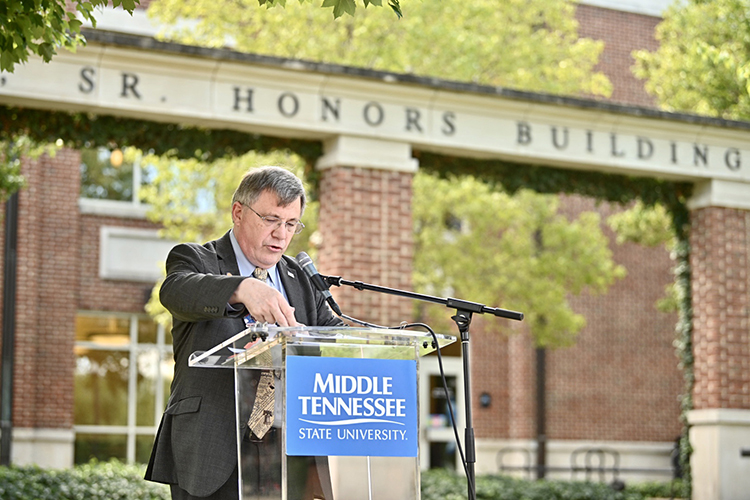 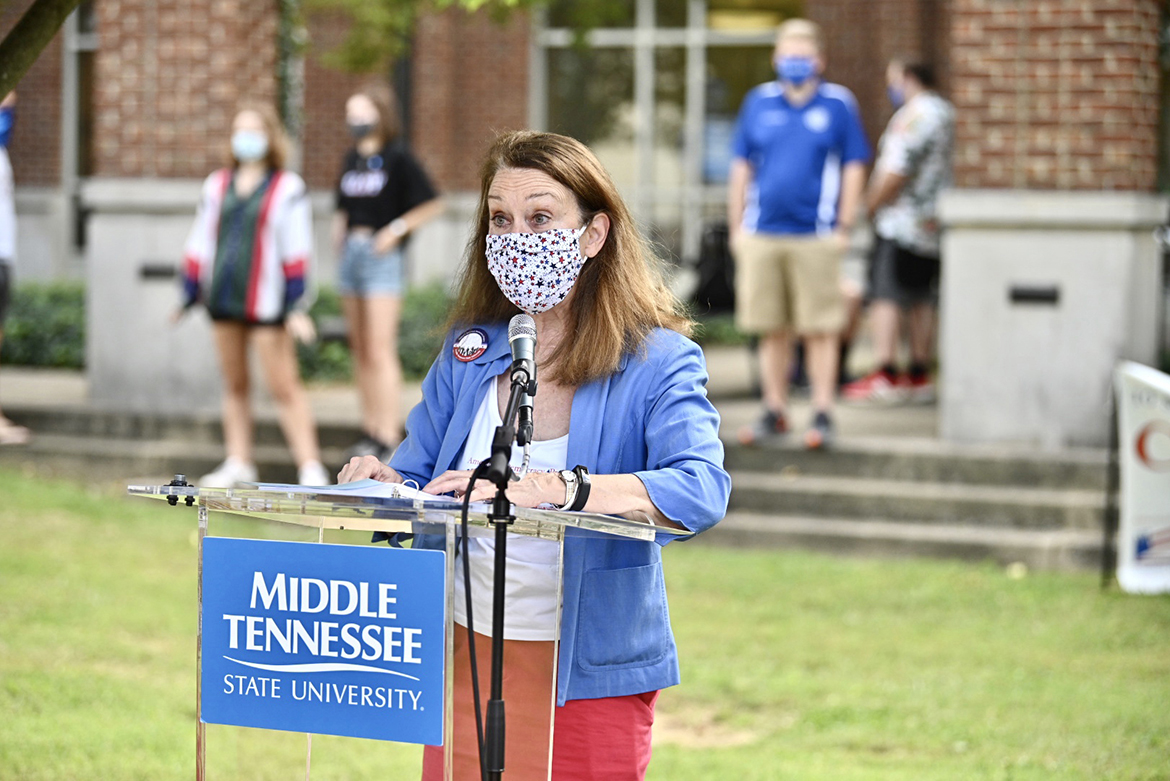