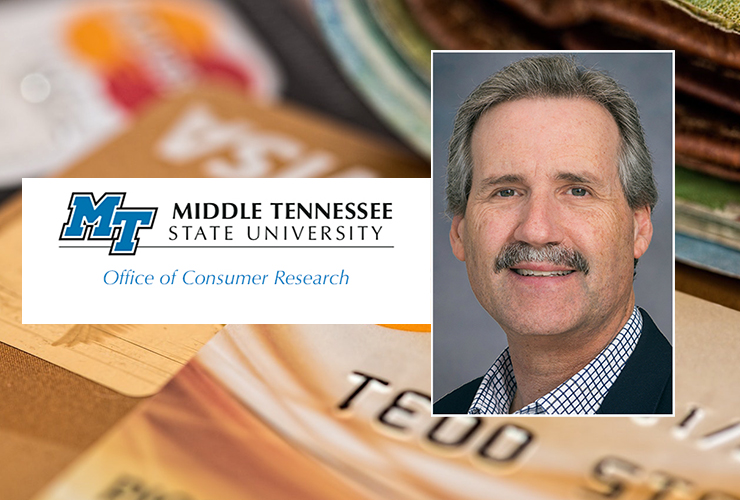 Results from the most recent Tennessee Consumer Outlook Survey indicate consumers’ view on the economy has improved “significantly,” reports the Office of Consumer Research in MTSU Jones College of Business.

The Tennessee Consumer Outlook Index rose to 214 from 167 in June. Midstate consumers continue to have the most positive outlook among the state’s three divisions above East and West Tennessee respectively. 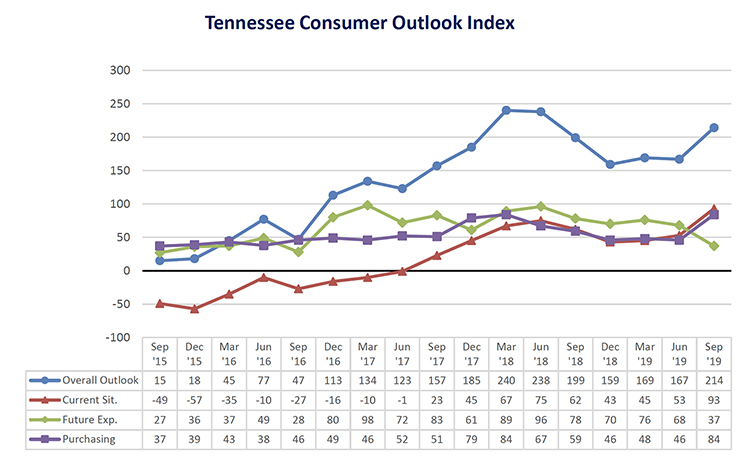 This chart shows results of the overall Tennessee Consumer Outlook Index and sub-indices since September 2015. The September index rose noticeably to 214 from 167 in June. The index is measured quarterly. (Courtesy of the MTSU Office of Consumer Research)

“Increasingly positive views of the current economy, the job market, and personal financial situations contributed to this improved overall outlook,” said Tim Graeff, marketing professor and director of the Office of Consumer Research. “This is good news for Tennessee businesses and retailers. Consumers are feeling better about the current economy and are increasingly confident in their ability to deal with financial shocks and setbacks.”

The current online survey of 630 Tennessee consumers was conducted between Sept. 4-8 and has an error margin of 4 percent. To see the full report and previous reports, go to https://www.mtsu.edu/consumer/tnoutlookreports.php.

Graeff noted, however, that expectations for the future of the economy dipped because “recent volatility in the stock market and media reports of trade wars and a coming recession have fueled a growing sense of uncertainly and instability among some consumers.”

This chart compares the overall Tennessee Consumer Outlook Index by geographic region in September 2019. The index is measured quarterly. (Courtesy of the MTSU Office of Consumer Research)

The potential trade war with China and possible negative effects of tariffs on goods imported from China is top of mind for many of the state’s consumers.

For now, “there’s a growing sense that it’s a good time to increase consumer spending and make large purchases,” he noted.

“This bodes well for Tennessee businesses as we approach the ever-important Christmas and holiday shopping season,” Graeff added. “An improving outlook might spark even more spending which can further stimulate the economy.”

Consumers were asked what effect they thought the tariffs on goods coming into the U.S. would have on the overall economy. (Courtesy of the MTSU Office of Consumer Research)