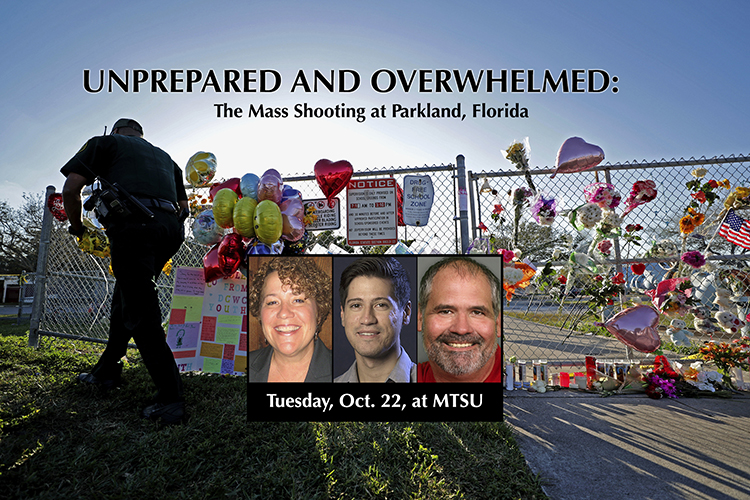 Three journalists from the South Florida Sun Sentinel, winner of the gold-medal 2019 Pulitzer Prize in Public Service Journalism for their investigative coverage of the deadly 2018 school shooting in Parkland, Florida, will discuss the project during a free public event set Tuesday, Oct. 22, at MTSU.

During a 10-month investigation, the paper discovered and reported on a cascade of police and education-system foul-ups aggravating the chaos at Marjory Stoneman Douglas High School that left 17 dead and another 17 injured on Valentine’s Day 2018. 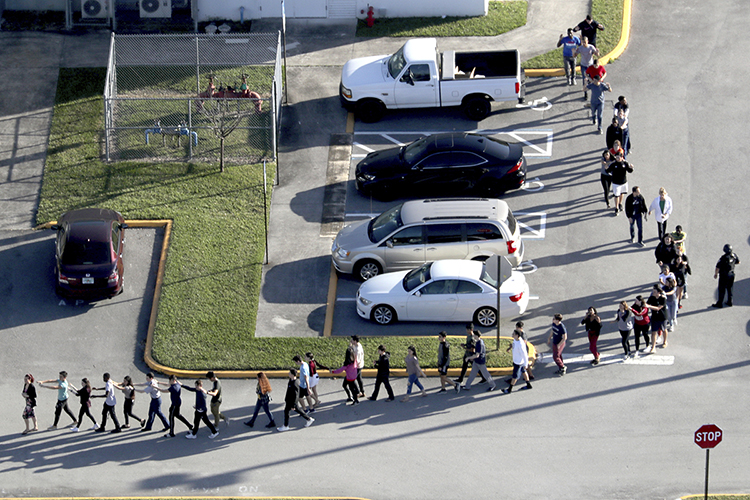 A campus parking map is available at http://bit.ly/MTSUParkingMap. Off-campus visitors can get a one-day permit at www.mtsu.edu/parking/visit.php, park in the university’s Rutherford Boulevard Lot, and ride the Raider Xpress shuttle directly to the Student Union.

The free public event is part of the Pulitzer Prize Series sponsored by the John Seigenthaler Chair of Excellence in First Amendment Studies, the College of Media and Entertainment and the Free Speech Center at MTSU.

The Sun Sentinel won the award, the Pulitzer committee said, “for exposing failings by school and law enforcement officials before and after the deadly shooting rampage at Marjory Stoneman Douglas High School.” Of the 14 journalism categories recognized each year, the Pulitzers’ public service prize is the only one that comes with a gold medal.

The Pulitzer committee also chose the Sun Sentinel as a 2019 finalist in the breaking news reporting category for its Parkland shooting coverage, praising the staff’s “exhaustive and lucid multi-platform coverage … that brought compassion and clarity to a horrific tragedy.”

The team’s investigation revealed a series of fiascos that contributed to and exacerbated that fatal day, ranging from the school system failing for years to properly serve the troubled, violent student and concealing safety information from the public to local law enforcement’s insufficient training, botched responses and outright cowardice in handling the tragedy from the outset.

“This was the biggest and the saddest story our newsroom has ever covered,” Banker said in the paper’s April 15 story announcing its Pulitzer win.

“More than anything else, we wanted our work to serve the greater good. In a world where the next school shooting seems inevitable, we believed we had to do everything we could to expose what went wrong and the lessons to be learned.”

The South Florida Sun Sentinel also won the 2013 Pulitzer for public service for its series “Above the Law: Speeding Cops,” which reported off-duty officers’ dangerous driving and led to punishment for the offenders in departments across south Florida.

Previous speakers in MTSU’s Pulitzer series include a team from The Arizona Republic, which won a 2018 Pulitzer for its multifaceted news package on the U.S.-Mexico border wall; New York Times war reporter C.J. Chivers, a 2017 feature writing winner; Eric Eyre of the Charleston (W.V.) Gazette-Mail, who won his 2017 award for investigative reporting on the opioid crisis; David Fallis, deputy investigative editor of The Washington Post, representing the paper’s 2016 award-winning project on police shootings; and Bill Adair, founder of PolitiFact.

MTSU established the Seigenthaler Chair of Excellence in First Amendment Studies in 1986 to honor John Seigenthaler, longtime editor and publisher of The Tennessean and founder of the First Amendment Center, and his lifelong commitment to free expression.

The Seigenthaler Chair supports a variety of activities related to contemporary journalism, including distinguished visiting professors and visiting lecturers at MTSU, research, seminars, and hands-on training for student journalists.

You can learn more about MTSU’s Seigenthaler Chair at www.mtsu.edu/seigenthaler. Information on the Free Speech Center is available at www.mtsu.edu/first-amendment, and the College of Media and Entertainment’s website is http://mtsu.edu/media. 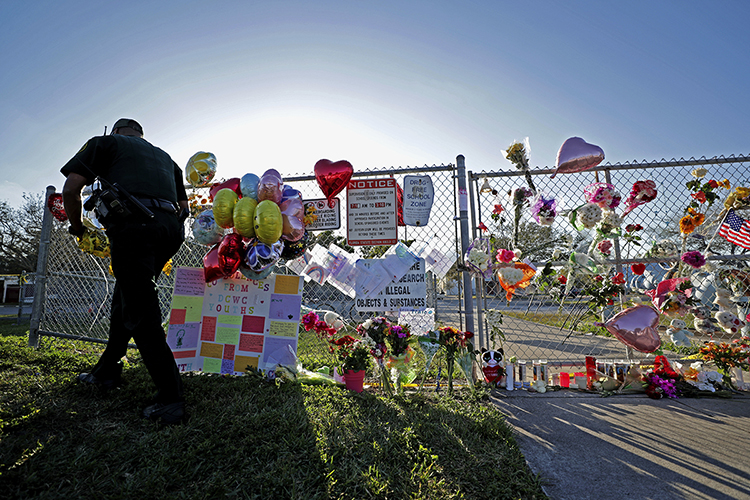