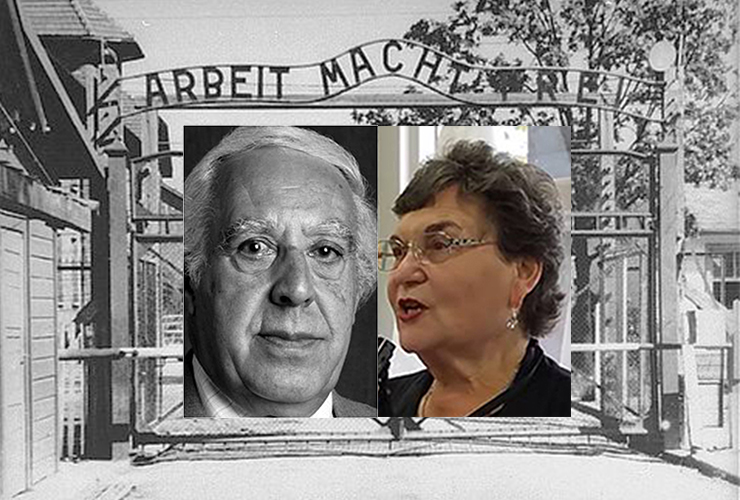 Two people who survived one of the most horrific events of the 20th century will share their stories on the MTSU campus Wednesday, Oct. 30.

Holocaust survivors Frances Cutler Hahn and Jack Isaac Cohen will speak at 2:20 p.m. Oct. 30 in the Tennessee Room of the James Union Building, 516 Alma Mater Drive. The MTSU Holocaust Studies Program and the College of Liberal Arts are sponsors of the event, which is free and open to the public.

Hahn was born in 1938 in Paris, France, to a Jewish couple who’d emigrated there from Poland. Her parents put her in a Catholic children’s home to protect her when the Nazis occupied Paris in 1940.

Her mother perished in the Auschwitz death camp in 1942, and Hahn was transferred to a Catholic family’s farm. Her father, who joined the French Resistance, died in 1946 from wounds he suffered in combat.

Overall, Hahn spent her childhood without a permanent identity. She had two religions, five names, seven homes and eight families, all in a never-ending struggle just to keep her alive.

In 1948, she moved to Philadelphia, Pennsylvania, to live with her aunt and uncle. However, between her Polish roots, French upbringing and American transplantation, Hahn has said she struggled to feel at home anywhere for many years.

She now lives in Nashville, Tennessee.

Cohen was born in 1932 in Chalkis, Greece, and lived with his family in occupied Greece during World War II. The Axis powers invaded Greece in 1941, and the Cohens lived quietly in the Italian-occupied zone, where Cohen’s father, who spoke seven languages, kept his loved ones informed by translating radio broadcasts.

When the Nazis began arresting Greek Jews in 1943, the Cohens fled to the safety of a monastery in the mountains, where they hid for two years. As the Nazis approached, they fled again to a small village, where Jack’s grandmother was captured. The family never saw her again.

The Cohens returned to a ransacked house and a devastated business after the Nazis pulled out of Greece. The family eventually emigrated to the United States, and Jack Cohen now lives in Memphis, Tennessee.

For more information on the MTSU Holocaust Studies Program, contact Dr. Nancy Rupprecht, a professor of history, at 615-898-2645 or nancy.rupprecht@mtsu.edu, or go to www.mtsu.edu/holocaust_studies. 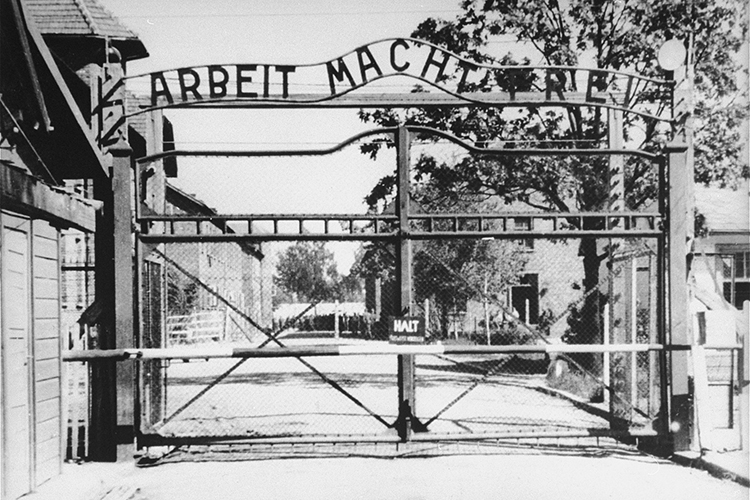 This file photo from the United States Holocaust Memorial Museum archives, taken in May 1945, shows the entrance to the main camp of Auschwitz in southern Poland. The gate bears the motto “Arbeit Macht Frei,” or “work makes one free.” (Photo from Instytut Pamieci Narodowej, or The Institute of National Remembrance – Commission for the Prosecution of Crimes against the Polish Nation, courtesy of USHMM Photo Archives)