Journalism professionals and students alike must be as comfortable penning a breaking news story or Sunday feature article as they are shooting live video, staffing a podcast, or taking to the radio airwaves. The College of Mass Communication’s new media convergence center will combine the newsrooms for radio stations WMOT and WMTS; Sidelines, the student newspaper; MTSU Records; and campus television station MTTV into one facility where students can hone reporting and storytelling skills through work on a range of multimedia platforms. 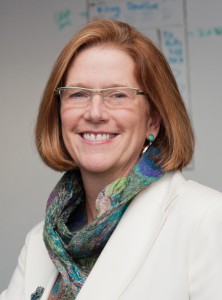 In all, $100,000 has been raised in $10,000 chunks from sources as varied as CNN producer Jeffrey Reid (‘81, see page 54) to the Tennessee Press Association. Gannett-owned media operations in Nashville, Murfreesboro, and Clarksville are also among the inaugural Cornerstone Donors for the new center slated to open by the end of 2011. The Tennessean in Nashville donated $10,000 through the Gannett Foundation, the charitable arm of Gannett Co., which owns the Nashville newspaper and its array of multimedia products. The Daily News Journal in Murfreesboro and the Leaf-Chronicle of Clarksville, also owned by Gannett, pledged $5,000 each through the foundation to share Cornerstone recognition in the center’s creation.

“The media center shows that MTSU shares Gannett’s priority on reaching audiences through multiple platforms,” said Carol Hudler, president and publisher of the Nashville media group and a member of the college’s Board of Professional Advisors. “We’re looking forward to seeing the work done by student journalists in this innovative facility.”