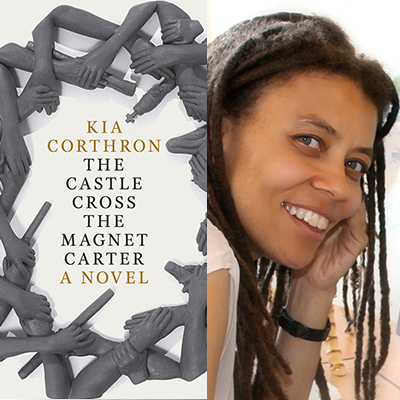 Playwright and novelist Kia Corthron, whose debut novel “The Castle Cross the Magnet Carter” earned praise in a recent New York Times Sunday Book Review, will read from her works in a free public event set Wednesday, Feb. 17, at MTSU.

Corthron, whose work focuses on sociopolitical issues such as homelessness, race and violence, will visit MTSU’s Tom Jackson Building at 4:15 p.m. Feb. 17. A special reception and book signing will follow her readings, and books will be available for purchase on-site.

A searchable, printable campus parking map is available at http://tinyurl.com/MTSUParkingMap.

The author first drew national attention in the early 1990s with her play “Come Down Burning” and continued portraying characters who live in extreme poverty or crisis in works that include “Breath, Boom,” “The Venus de Milo is Armed,” “Tap the Leopard” and “A Cool Dip in the Barren Saharan Crick.”

Corthron, who was the 2014 recipient of Yale University’s Windham-Campbell Literature Prize for Drama and the United States Artists Fellow in Theater prize, also has written episodes for the acclaimed television series “The Wire” and “The Jury.” Her season four “Wire” episode, “Know Your Place,” earned her both a Writers Guild Award and an Edgar Award.

She is a native of Maryland who now lives in New York City.

The New York Times Sunday Book Review of “The Castle Cross the Magnet Carter,” published Jan. 29 and written by Pulitzer Prize-winning columnist and 2012 MTSU guest lecturer Leonard Pitts Jr., said Corthron’s novel “succeeds admirably in a novel’s first and most difficult task: It makes you give a damn.” You can read the review here.