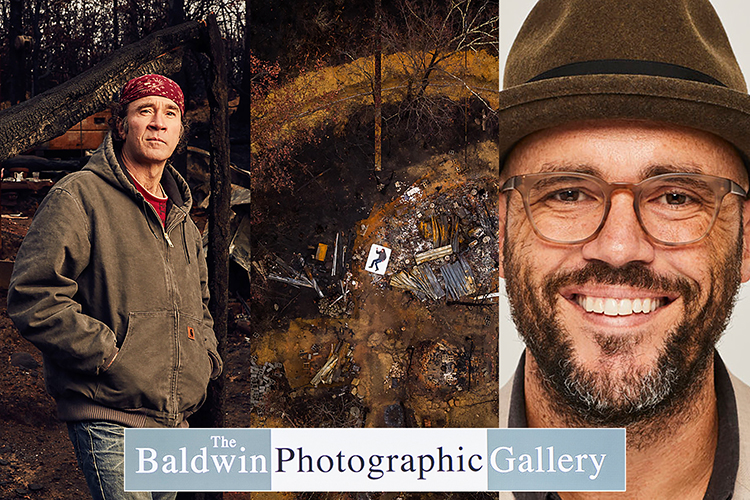 Photos that showcase human resiliency in the wake of catastrophes are the focus of a new exhibit by artist, entrepreneur, philanthropist and MTSU alumnus Jeremy Cowart at the university’s celebrated Baldwin Photographic Gallery.

The internationally recognized photographer, who lives in Franklin, Tennessee, and is the 2019-20 MTSU Distinguished Alumni Award recipient, kicked off his exhibit Nov. 25 with a lecture and book-signing on campus.

The exhibit will be open to the public through Friday, Jan. 31, at the Baldwin Gallery, located in Room 269 of the Bragg Media and Entertainment Building, 1735 Blue Raider Drive.

Cowart has said he wants his work to “explore the intersection between creativity and empathy.” His MTSU exhibit includes examples from five photo collections depicting survival, loss, reconciliation and resiliency in the aftermath of wildfires, earthquakes and hurricanes as well as the human-made tragedies of genocide and immigration.

Among those photos are images and stories from the deadly 2016 Great Smoky Mountains wildfires gathered for the “Voices of Gatlinburg” awareness and fundraising project and a similar effort for the “Never Forgotten Coast” project, which chronicles the destruction and rejuvenation of Mexico Beach, Florida, in the wake of 2018’s Hurricane Michael.

Cowart, a 1999 graduate of MTSU’s Department of Art and Design in the College of Liberal Arts, has a client roster ranging from Pope Francis and President Barack Obama to Taylor Swift and Tim Tebow.

He’s currently at work on “The Purpose Hotel,” a planned global for-profit hotel chain that will fuel the work of not-for-profit organizations. His first hotel is scheduled to open in downtown Nashville in 2022.

In 2014, Huffington Post, Forbes and Yahoo named Cowart their “Most Influential Photographer on the Internet.” He’s a sought-after speaker and has presented multiple TEDx talks, showcased his “Voices of Haiti” photo essay at a United Nations gathering and addressed creative conferences across the country.

He’s also the founder of a global photography movement, Help-Portrait; a mobile social networking app called OKDOTHIS; and an online teaching platform, See University. He connects all these efforts in his new book, “I’m Possible: Jumping into Fear and Discovering a Life of Purpose.” 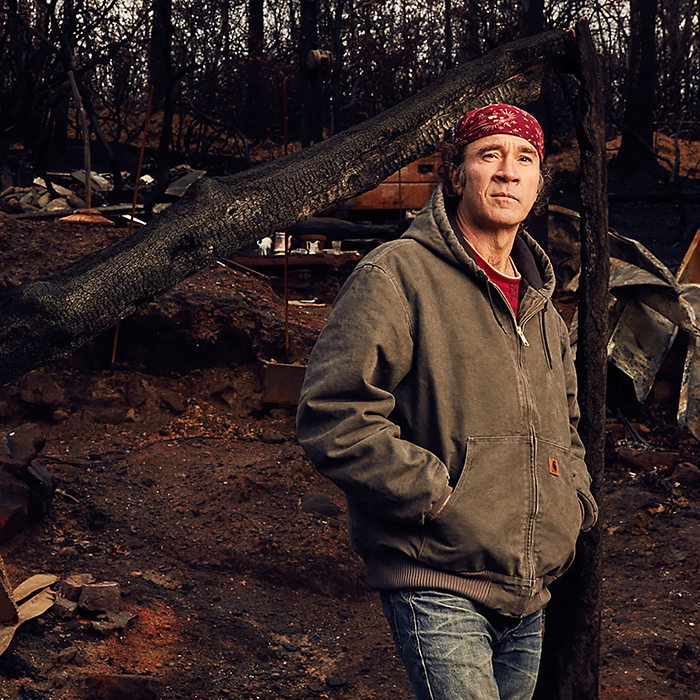 Kirk Fleta pauses in the ashen ruins of his home, destroyed in the deadly 2016 wildfires that swept through portions of the Great Smoky Mountains, devastating Gatlinburg, Pigeon Forge and more than 10,000 acres of the national park, in this photo captured by MTSU alumnus and photographer/entrepreneur Jeremy Cowart for his “Voices of Gatlinburg” project. Cowart’s work will be on exhibit at MTSU’s Baldwin Photographic Gallery Nov. 25-Jan. 31. (Photo by Jeremy Cowart) 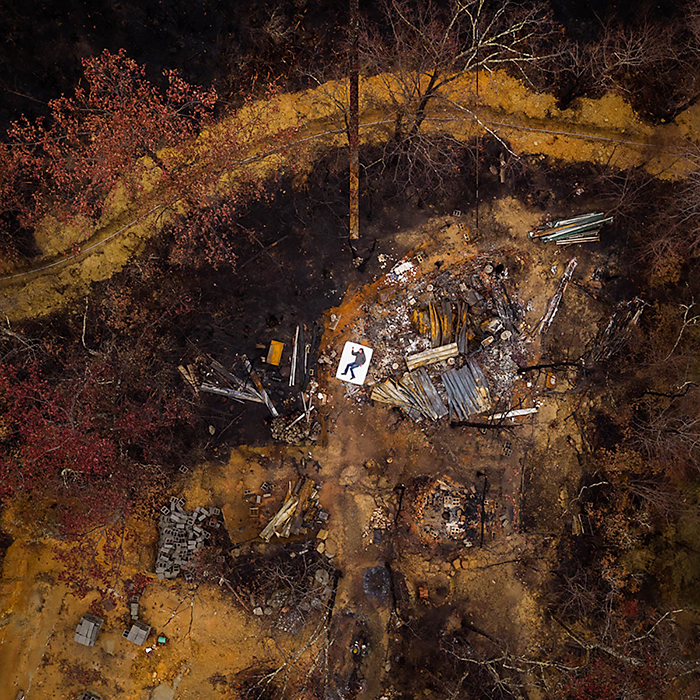 Kirk Fleta rests on a white mattress in the ashen ruins of his home, destroyed in the deadly 2016 wildfires that swept through portions of the Great Smoky Mountains, devastating Gatlinburg, Pigeon Forge and more than 10,000 acres of the national park, in this aerial photo captured by MTSU alumnus and photographer/entrepreneur Jeremy Cowart for his “Voices of Gatlinburg” project. Cowart’s work will be on exhibit at MTSU’s Baldwin Photographic Gallery Nov. 25-Jan. 31.(Photo by Jeremy Cowart)

MTSU’s Baldwin Photographic Gallery, part of the university’s College of Media and Entertainment, is located on the second floor of the Bragg Building at the top of the main stairwell. A campus parking map is available at http://bit.ly/MTSUParkingMap.

The gallery is open from 8:30 a.m. to 4:30 p.m. weekdays when MTSU classes are in session. Off-campus guests visiting the Baldwin Gallery should obtain a special one-day permit from MTSU’s Office of Parking and Transportation at www.mtsu.edu/parking/visit.php.

Public tours can be arranged by contacting gallery curator Jackie Heigle at jackie.heigle@mtsu.edu.