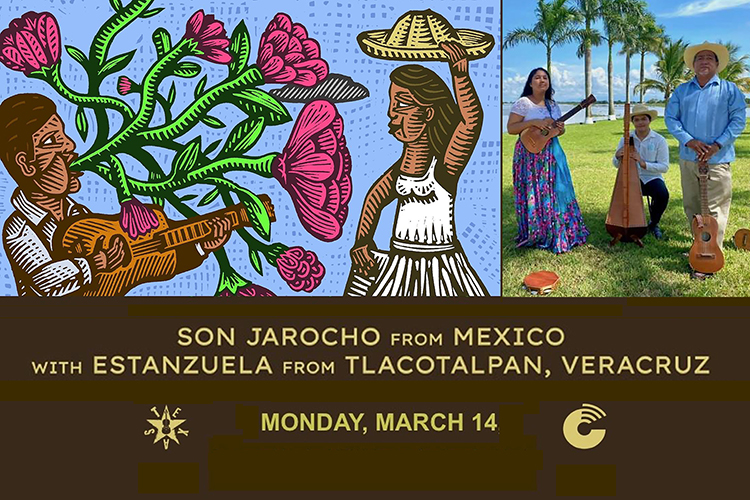 The Center for Popular Music at Middle Tennessee State University is bringing marvelous Mexican folk music — and the cultural celebrations that surround it — to the community Monday, March 14, with a free evening of son jarocho with Grupo Estanzuela.

The family group, comprising musician, luthier and community organizer Julio Corro and his children, Aroma and Mariano, are visiting from Tlacotalpan, Veracruz.

The showcase for their vibrant cultural art form is set for 7:30 p.m. March 14 in Room S102 of MTSU’s Business and Aerospace Building at 1642 MTSU Blvd. A campus parking map is available at https://bit.ly/MTSUParking. 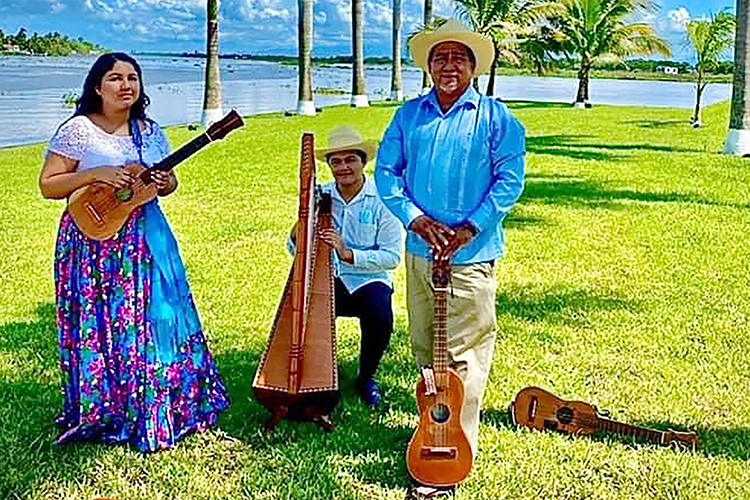 Musician, luthier and community organizer Julio Corro, right, head of the musical group Grupo Estanzuela, a family group from Veracruz, Mexico, is shown with his fellow musicians and children, Aroma del Carmen Corro Rodríguez, left, and José Mariano Corro Rodríguez. The trio will perform beginning at 7:30 p.m. MTSU’s Business and Aerospace Building at 1642 MTSU Blvd. as part of an evening sponsored by the Center for Popular Music at MTSU of performances and workshops in the music and dance tradition known as son jarochon.

Grupo Estanzuela performs son jarocho, the centuries-old Mexican folk music tradition that emerged when Spanish, Indigenous and African cultures came together in the Gulf Coast region of Mexico, particularly the state of Veracruz and its ports, when African slave trade expanded in the 15th and early 16th centuries.

The traditional, rural style includes stanzas sung by a pregonero, or lead singer, accompanied on jarana, guitarra de son and jarocho harp instruments and dancing on the tarima, a wooden platform used for percussive effect.

Son jarocho also incorporates the resistance and social justice efforts of its founding cultures and revolves around the fandango, a communal music and dance event.

The tradition has continued through the years as people used the fandangos as opportunities to inform and organize communities. Efforts to celebrate the African aspects of the culture have become increasingly prominent within the recent son jarocho revival.

Tlacotalpan is a UNESCO World Heritage site known for its colonial architecture and the annual festival of the Candelaria, the largest gathering of son jarocho musicians in the world. Corro, who has earned national and regional folk arts awards for his instrument building, also operates the Centro Cultural El Retiro, a community arts center for Tlacotalpan’s youth.

Grupo Estanzuela’s performance with their fellow musicians at the Fiestas de la Candelaria 2021 is available on video below.

The Corro family also plans to showcase their art in a March 10 visit in Johnson City and a Nashville fandango set March 12-13, along with a March 16 visit to Athens, Georgia. The Center for Popular Music and the Festival of Texas Fiddling are co-sponsors of their brief southeastern U.S. tour. 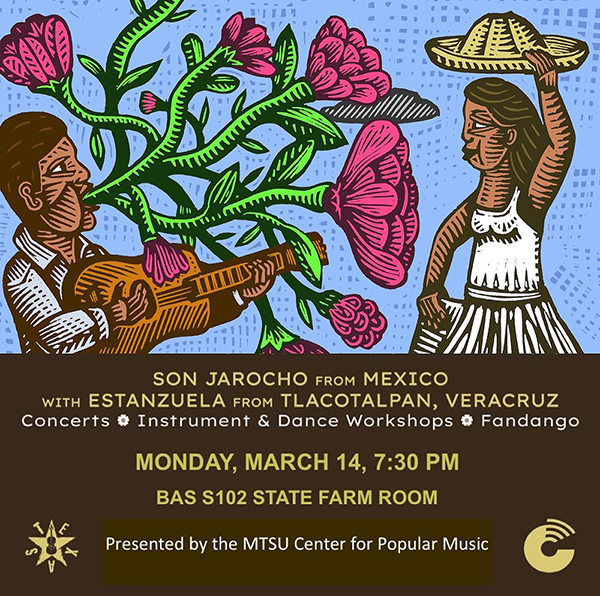