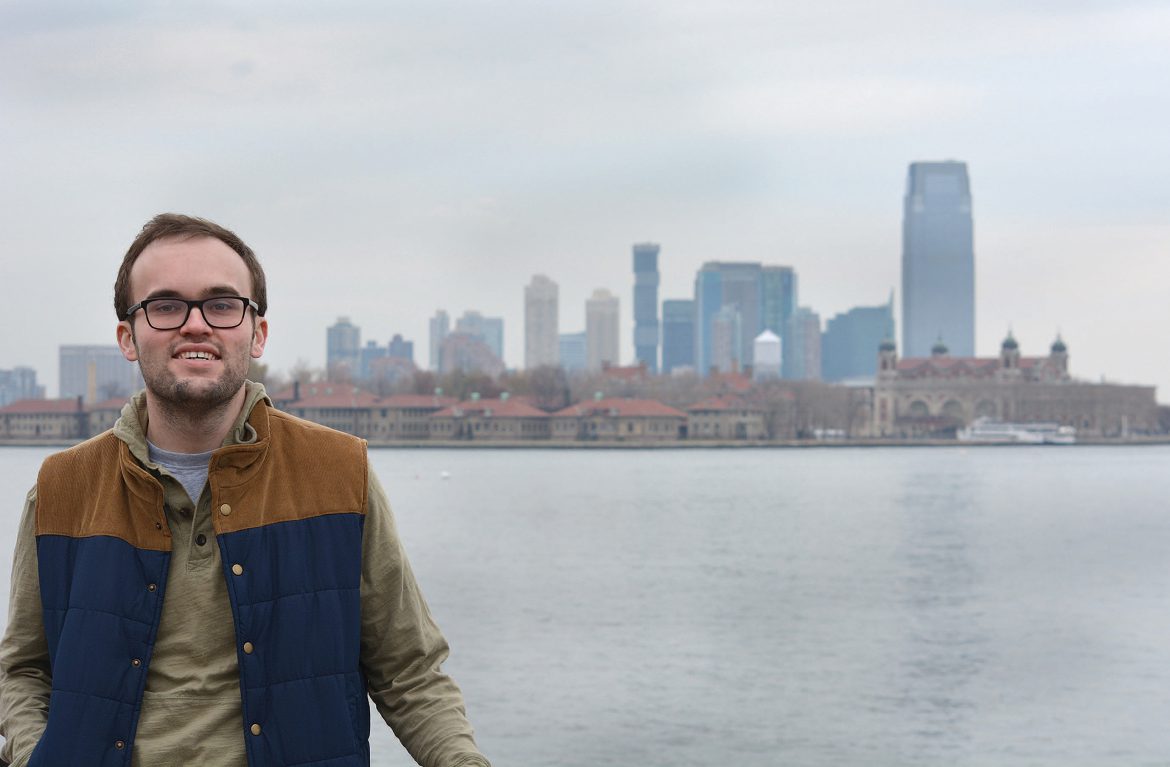 One Honors graduate’s journey from an internship in the nation’s capital to a Fulbright scholarship to a presidential campaign: An interview with Davis Thompson (’15)

Tell us what really sparked your interests in presidential campaigning.

In November of 2012, my second year at MTSU, my friends and I watched with nervous excitement as the presidential election results were announced.

I watched the first family take the stage that night at McCormick Place in Chicago and knew that I wanted to be a part of a presidential campaign in the future. I never imagined that it would happen in the next election cycle.

How exactly did that happen?

When I graduated from MTSU in May 2015, I was living in Washington, D.C., and had just completed a White House internship program.

The presidential campaign was getting underway; Hillary Clinton, Bernie Sanders, Martin O’Malley, and many others already had declared their candidacy. As my internship came to a close and my hunt for a full-time job began, I learned that I had been selected to receive a Fulbright teaching grant to Slovakia. I knew teaching abroad for a year was an opportunity I couldn’t turn down, but I was also aware that by spending the 2015–16 academic year abroad, I likely wouldn’t be able to work on the campaign.

After watching the primary unfold from several time zones away and the crowded primary field winnowed down to the final candidates, my year in Slovakia was ending and I was focused on finding a paid position.

As I started to apply for jobs from overseas, I received a message from a mentor at my previous Washington, D.C., internship informing me that they were hiring for Hillary Clinton’s research team. I interviewed on the phone at around 10:30 p.m. Slovakia time, and to my genuine surprise I received the position.

The position was based in the Brooklyn, New York, office. I quickly started searching for housing in New York City while still in Slovakia. After speaking over Skype with many different potential roommates, I found a very small furnished room that was available by the needed start date. Despite the hefty rent, I paid the deposit and then moved in July 3.

I had never visited New York City, so it was a bit overwhelming moving there; however, everything turned out great. The room I found online was conveniently located, and the neighborhood was nice.

Talk about your role in the recent campaign.

As a part of the Clinton campaign research team, I had a hand in fact-checking to ensure that all campaign materials and statements were accurate. The work was very fast-paced, and the hours were often long. However, there were many memorable moments during the four months leading up to the election, such as the Democratic National Convention and the presidential debates, which were all very long nights.

As election day neared, staff at the Brooklyn office began temporarily relocating to swing states to assist with our get-out-the-vote effort. The final weekend before the election, a few of my co-workers and I drove to a suburb of Philadelphia and canvassed for the day. It was enjoyable to get out of the city and help with our field effort. At the end of the day, instead of heading straight back to Brooklyn, we decided to stop by the Mann Center in West Philadelphia to attend a campaign rally featuring Clinton and a performance by Katy Perry. It was a great way to finish the last week of the campaign.

Now that we are a few months past the election, what is your takeaway from working with the Clinton campaign?

While November 8th didn’t end like I had hoped, it was a great experience. As Hillary Clinton reminded everyone on November 9th, fighting for what’s right is always worth it, and I am glad that I had the chance to have a small part of this team.