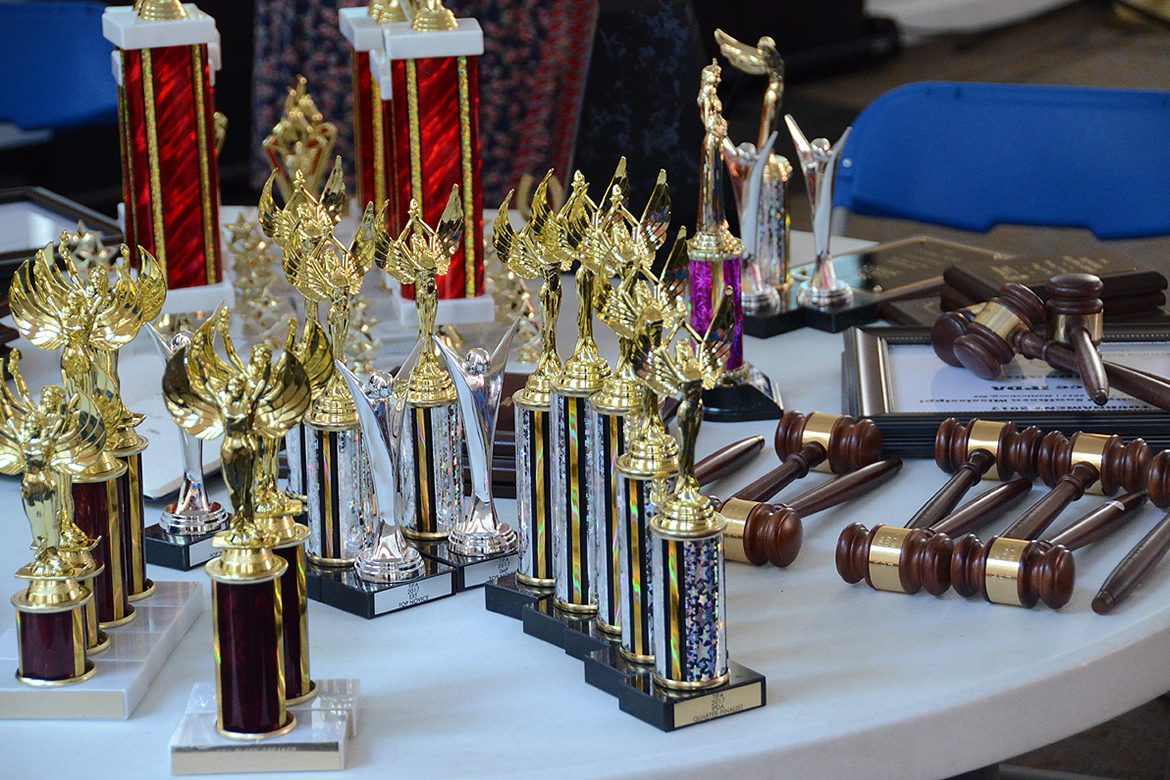 For seven years, MTSU Director of Forensics Pat Richey has mentored a Blue Raider Debate Team that has grown from a single member to one that now boasts well over 20 strong debaters.

The team is coming off of another impressive season in 2016-17, including a Top 10 spot at this year’s national tournament — coming in fifth place for the second straight year.

The Blue Raider debaters also won the season-long Varsity, Novice and Scholastic Division sweepstakes, which is based on members’ records from all competitions in one season, and the Southern Forensics Championships held in Hattiesburg, Mississippi, this year.

“Our debaters are solid and practice,” Richey said. “We have built our team year by year just getting a little bit better each day.”

But after graduating seven seniors this past season, the team looks to restock its roster and hopes to recruit a few eager students who are ready to devote both time and dedication — two factors upon which they rely.

“Last I heard we had 130 names from CUSTOMS sign-ups,” Richey said. “We’re going to rebuild and get some new folks in … If we can get a solid 10 new debaters in the fall, that’d be good for us.”

And for those new students who will end up joining the team, they’ll have some experienced mentors by their side.

“Our seniors work with our young folks and that’s also been one of our keys to success,” Richey said.

Co-captain Abigail Barnes, a rising senior who has been a part of the team for about four years, sees a bright future ahead for all their members.

“I’ve watched the team grow and dominate the national debate circuit … we encourage team members to compete and try their best, but Dr. Richey has done a great job of not harboring a must-win mentality,” Barnes said.

Coach Richey’s team welcomes walk-ons, with no experience required, but each member is expected to work together in molding “tenacious debaters” who are open to refining their speaking and critical thinking skills.

Officially, only one practice is required for each individual event and debate per week, but Barnes along with her team members practice and prepare for competition as they see fit.

“It is very common for our officers to meet with members between classes, at our apartments or at Dunkin Donuts for some extra, unofficial practices,” she said.

Richey went on to express that unlike other universities, money doesn’t play a huge role when it comes to breeding debaters at MTSU. There are a number of factors that make the team unique, which includes members majoring in a variety of disciplines ranging from communication to fashion merchandise.

A host of awards await members of the MTSU Blue Raider Debate Team during their spring awards ceremony in April inside the Tom H. Jackson Building. (MTSU photo by Jimmy Hart)

“One of our key successes is that our team’s more community based,” Richey said.

The group often hosts debate events at MTSU along with helping local middle and high school debaters in becoming stronger competitors as they reach the collegiate level.

And there’s even some international competition, albeit the friendly kind. This past spring, the Blue Raider debate team hosted its second public exhibition debate in recent years with the visiting Irish Times National Champions. Resolved: The Blue Raider Debate Team continues raising its profile nationally.

For more information, visit www.mtsu.edu/debate, or contact Richey at Patrick.Richey@mtsu.edu.

Blue Raider Debate Team member Alex Lempin was presented an award for his role as vice president of the MTSU chapter of the Pi Kappa Delta national speech and debate association for 2016-17. The award was presented at the team’s April awards ceremony inside the Tom H. Jackson Building. (MTSU photo by Jimmy Hart)