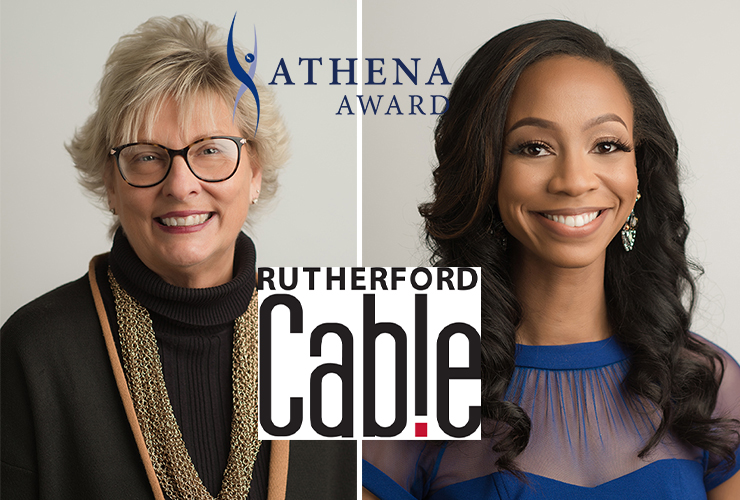 Turnham, who was nominated by the United Way of Rutherford and Cannon Counties, accepted the honor Wednesday, Sept. 16, at a ceremony at Murfreesboro’s Embassy Suites.

“The ATHENA Award acknowledges an individual who excels in her profession, gives back to the community and helps develop other leaders, especially women,” according to a release from founding sponsor Rutherford Cable.

Turnham, who has been part of the MTSU community for 38 years, began here as an assistant basketball coach. She is known as a driving force behind the growth of scholarships for women athletes, better travel conditions, more operating funds, better equipment, better facilities and the addition of women’s soccer and golf programs.

“Athletes’ dedication, commitment to excellence and desire to excel have changed my life for the better,” Turnham said. “I do not see myself as a leader but as a servant, a person committed to making this world better for those around me.”

Other nominees from the MTSU community included:

• L’Oreal Stephens, lecturer in the Department of Communication Studies, nominated by the MTSU President’s Commission on the Status of Women.

LaShan Dixon, an MTSU alumna with a bachelor’s degree in physical education and a master’s degree in health and human performance, was honored with the 2020 ATHENA Young Professional Award.

Dixon, who is assistant public health director with the Rutherford County Health Department, also was nominated by the United Way of Rutherford and Cannon Counties.

The Young Professional Award acknowledges “an emerging leader under the age of 40 who exemplifies the ATHENA attributes and serves as a role model for young women,” according to Rutherford Cable.

With the help of more than 560 volunteers, Dixon has helped provide more than 2,100 families with baby supplies. In 2015, she developed and implemented the first Community Baby Shower with the county health department and in partnership with the United Way.

“By collaborating with United Way of Rutherford and Cannon Counties, we have been able to give new mothers and babies born in Rutherford County a positive start in life,” Dixon said.

In addition, Dixon is a spokesperson for Beauty Behind Bars, which she describes as “an official overall self-esteem program created to help women and girls break away from mental incarceration and self-imprisonment of low self-esteem, doubt, depression, suicide and dream killing.

“During workshops and conferences, I teach about forgiveness, accountability and the importance of loving self from the inside out,” Dixon added.