Undergraduate Research: Digging into the Past

‘It takes a village’ to engage..

Undergraduate Research: Digging into the Past

Like many millions of other Americans, Emily McTyre spent part of the last decade glued to the British historical drama Downton Abbey.

The critically acclaimed TV series was wrapping up when McTyre, who was then in high school, took her first trip to Asheville, North Carolina, to visit the Biltmore Estate. She didn’t just see splendor in the Vanderbilts’ ancestral mansion; she saw a screenplay, too. 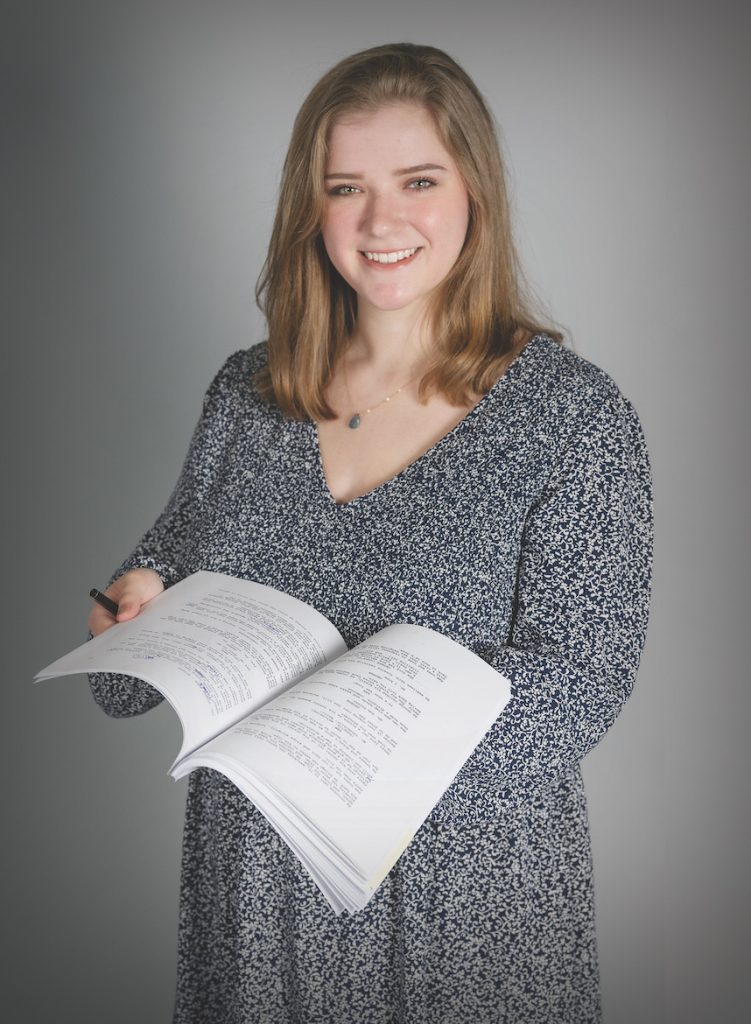 Inspired, she returned home to Maryville and began working on a distinctly American tale of aristocracy, romance, and grandeur, with parallel narratives of the haves and have-nots.

“At the beginning it was just a passion project,” McTyre said. “I thought, ‘You know, one day it would be great to finish this.’ ”

As a Video and Film Production major at MTSU, she completed the project—twice. First, she turned it into a pilot episode for a screenwriting class taught by  longtime industry pro Leland Gregory. Then with Gregory as her Honors thesis advisor, she overhauled and greatly expanded the script.

The resulting four-part TV series, Vanderbilt, uses both real-life and fictitious characters to explore the history of Asheville in the Gilded Age, with themes that still  resonate today.

Research for the project—funded in part by an Undergraduate Research Experience and Creative Activity (URECA) grant—took McTyre to Asheville more times than she can count. It gave her a deep appreciation for intellectual, philanthropist, and country gentleman George Vanderbilt’s contributions to the city’s ecology, economy, and progressive identity. It gave her insight into the life of his wife, Edith, and the experiences of the Black Highlanders, the African Americans who helped shape the culture of Southern Appalachia. It gave her a historical perspective on the social issues of race, gender, and class that were roiling the world around her even as she wrote.

And, as she prepared to graduate into a highly competitive creative field, it gave her a body of work to build on. Vanderbilt isn’t finished yet.

Back in high school, McTyre wasn’t sure what kind of film work she wanted to do, but she thought she might need a fast track to Hollywood to do it. To that end, she considered various small arts schools before making the more pragmatic decision to attend MTSU. 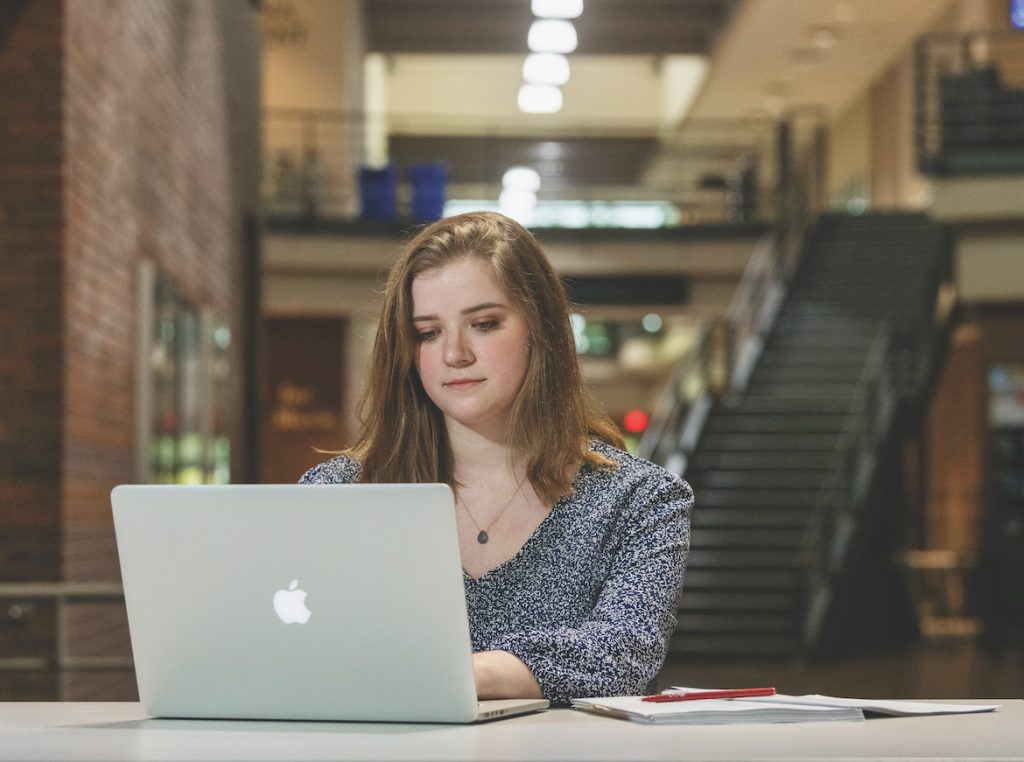 “It was offering a really well-rounded kind of program, and it felt more like a liberal arts approach,” she said. “If I didn’t end up doing film, there would be a lot of ways to do interdisciplinary work and kind of make it my own.”

At MTSU, she pursued every opportunity that opened itself up to her. She studied film and media in England—her dream destination—for three weeks as a participant in the U.S.-U.K. Fulbright Summer Institute; won a Buchanan Fellowship that covered her full tuition as well as books and other benefits; and was a global ambassador for the Office of Education Abroad.

But it was the research requirement of her Honors curriculum that compelled her to finish the project she had started when she was 17.

“I chose to do this for my thesis because I knew that if I dedicated the time to it now, I would get it done,” McTyre said. “I’m the type of person that’s always got a million ideas, but sometimes it’s hard getting them done, especially something to this scale.”

The scale of the writing project was enormous: four episodes at some 70 pages (or an hour and a half) each, covering the years 1888 to 1895—from the Biltmore’s siting to its completion. The writing alone took McTyre four semesters. The research required not just multiple trips to the mansion, whose 175,000-square-foot floorplan she now knows by heart, but also to the University of North Carolina–Asheville, where she researched the real-life characters of George Vanderbilt and his future wife, Edith Dresser. 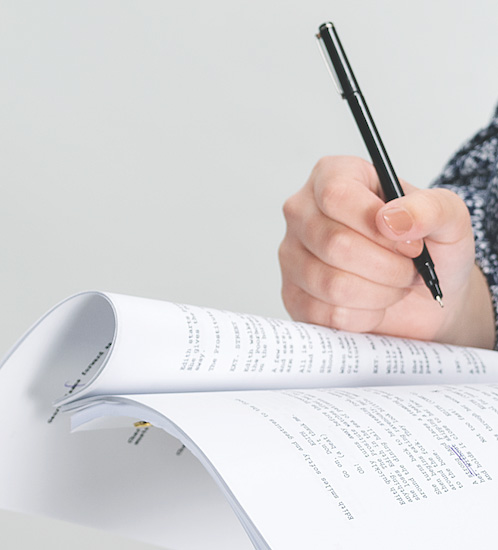 She also tried to understand what life must have been like for the fictitious character Henry, a Black teenager who becomes the estate’s stable boy.

While African Americans in Asheville were systemically oppressed, they tended to have more economic opportunity and suffer less egregious abuse than they might have elsewhere in the South, McTyre says.

Even then, Asheville was a tourist town, she notes, and “there were white city officials who were more willing to work together in order to create a more peaceful experience for everybody. I think it was a very progressive environment.”

McTyre knew that as a white woman, she risked not getting Henry’s story right; much of her research at UNC–Asheville was intended to mitigate that risk, she says. But she was determined to include stories like Henry’s and Edith’s, which are largely absent from traditional American historical narratives, including that of the Biltmore.

There are so many people that did so much for [the mansion],” she said. “Their legacy is a part  of it too.

McTyre’s Biltmore could be seen as a metaphor for the United States, where gauzy self-reflection regularly gives way to hard truths. That was true throughout much of 2020, as McTyre was writing Vanderbilt and found herself revising it in light of what she was seeing in the news. While she largely followed her characters’ lead, she says, “I also paid attention to a lot of the things coming up in the world, and I wanted the story to accurately reflect that, because from the beginning I wanted it to be a source of reflection and analysis and a way for people to reassess now through the past lens.

The power of historical fiction is in its relevance, she says. “A show that might be set in the past but is reflective of today is a good way for present-day viewers to work through some of those problems. It gives them a distance, so the more uncomfortable conversations can be had.” 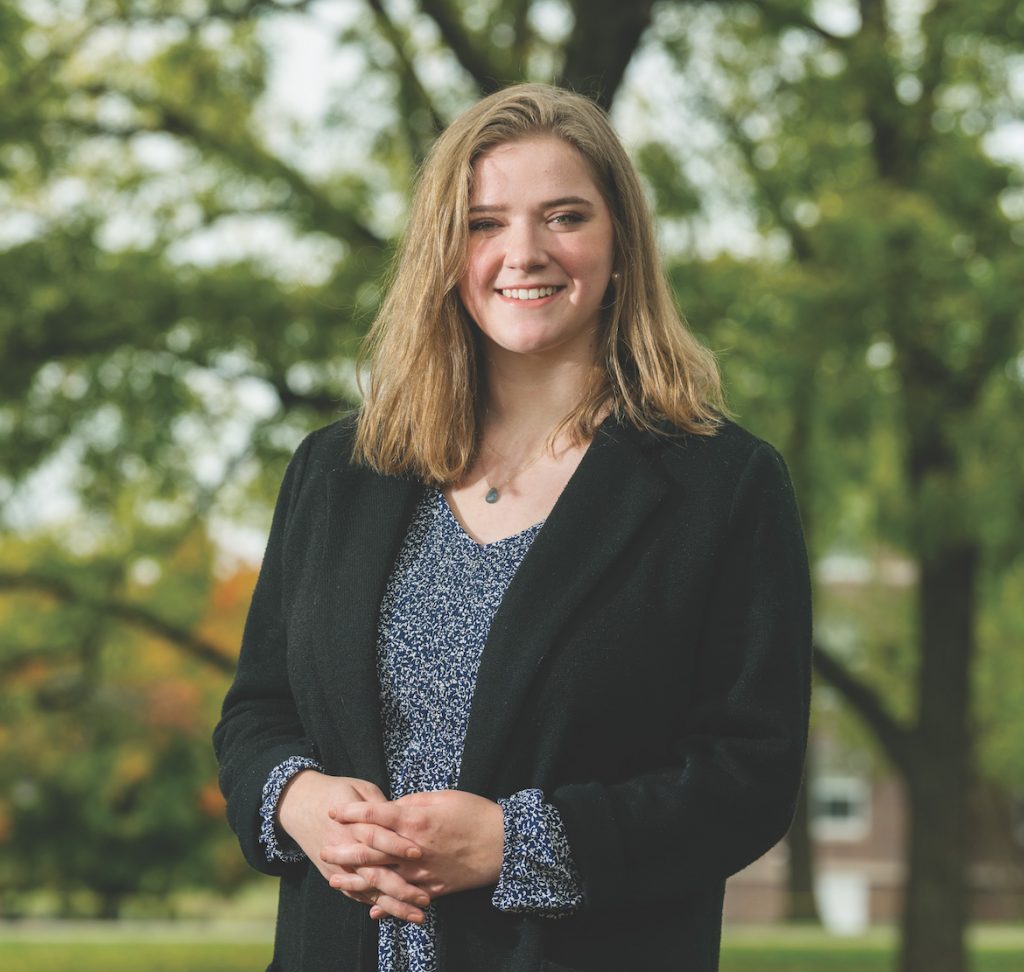 “I want to see it through,” she said. “I want to continue developing it and turn it into something marketable, find producers that will help me make it, and then hopefully see it on screen one day.”

McTyre will take the project with her even as she pursues her dream—developing and producing children’s media, ideally for an education-focused company such as PBS or Sesame Workshop.

“My ultimate goal is to create content that empowers young minds to become caring, passionate leaders of the future,” she said.

Whether we’re looking backward or forward, McTyre wants us to keep the important conversations going.