Outstanding alumni for 2012-13 include trio of achievers 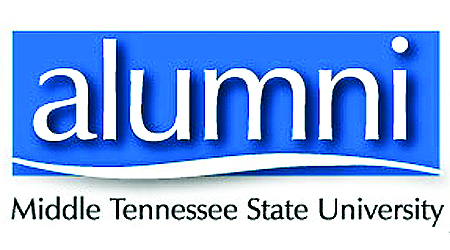 Numerous MTSU alumni bring the university prestige and recognition through their groundbreaking efforts and faithful support.

From 1960 to the present, MTSU’s Alumni Association has recognized accomplished alumni with the association’s highest honors: the Distinguished Alumni and Young Alumni Achievement awards.

This year is no different. The 2012-13 recipients, who will be recognized during this weekend’s homecoming ceremonies and the spring commencement in 2013, include:

• the late Dr. Larry Needham (B.S. ‘68) of Lilburn, Ga., a renowned chemist who spent 34 years working for the Centers for Disease Control and Prevention in Atlanta, who will receive the Distinguished Alumni Award for Professional Achievement posthumously;

• Maria Salas (B.S. ’85) of Nashville, a former MTSU Lady Raider basketball player who owns her own bankruptcy law firm, who will receive the Distinguished Alumni Award for Service to Community; and

In the selection process, an anonymous committee reviews the nominees, and then a final slate is recommended to the Alumni Association Board of Directors to be voted on, said Michelle Stepp, alumni relations associate director.

Salas, Meador and Needham’s wife, Doris, are scheduled to ride in the Homecoming Parade that begins at 10 a.m. Saturday, Oct. 6. All will be honored during halftime of the Blue Raiders’ game against Louisiana-Monroe, which has a 2:30 p.m. kickoff in Floyd Stadium.

Needham, who died in October 2010, earned his bachelor’s degree in chemistry. He served as chief of the Organic Analytical Toxicology Branch of the CDC, making peoples’ lives safer. He devoted much of his time to developing methods for assessing human exposure to a variety of environmental toxicants and was considered one of the preeminent human-exposure assessment experts in the field.

Needham’s two most prominent works were:

During his career, Needham produced more than 350 peer-reviewed publications and made more than 200 international presentations.

Needham and his wife have a son, Lance, and a grandson, Loghan.

In addition to owning her own law firm, Salas, who graduated with a bachelor’s degree in public relations from the College of Mass Communication, devotes a large part of her time to community service. She has been a practicing attorney for 20 years and since 1995, her practice almost exclusively has represented debtors in Chapter 7 and Chapter 13 bankruptcy cases. She frequently speaks to professional and community organizations on consumer bankruptcy issues.

Deanna Meador (B.S. ’05), left, and Maria Salas (B.S. ’85) are recipients of the MTSU Young Alumni Achievement and Distinguished Alumni in Service to Community, respectively, for 2012-13. They will be recognized during the Oct. 6 homecoming events. (MTSU photo by Andy Heidt)

Salas has served or is serving on the board of directors of Nashville Cares, the Human Rights Campaign, the Nashville Bar Association, the Mid-South Commercial Law Institute and the Tennessee Lawyer’s Association for Women, and she is a founding member of the Stonewall Bar Association.

She is a recipient of many volunteer awards, was named “Best of the Bar” by the Nashville Business Journal and is an alumnus of Leadership Nashville. She has a daughter, Owen, 7.

Meador, who graduated with a bachelor’s degree in interdisciplinary studies, has been in the midst of coordinating a pair of multimillion-dollar, grant-funded research projects focusing on self-regulation in children.

She recently developed a paperless data collection system that, on one research project alone, has saved more than 68,000 pieces of paper, months of data entry and thousands of dollars. The system is being piloted by the Peabody Research Institute, and she presented it to representatives of the Institute of Education Services.

Meador, a first-generation college student, grew up in Lafayette, Tenn., in Macon County. She and her husband, Jason, have two children, Logan, 10, and Hayden, 3. During the past four years, Deanna Meador has volunteered with children in foster care in Tennessee.