‘Dr. Jackie’ encourages ‘cornerstones of our communities’ to ‘speak out’ at MTSU

A woman who speaks from the perspectives of both a doctor and a patient wrote a prescription for her audience at MTSU. 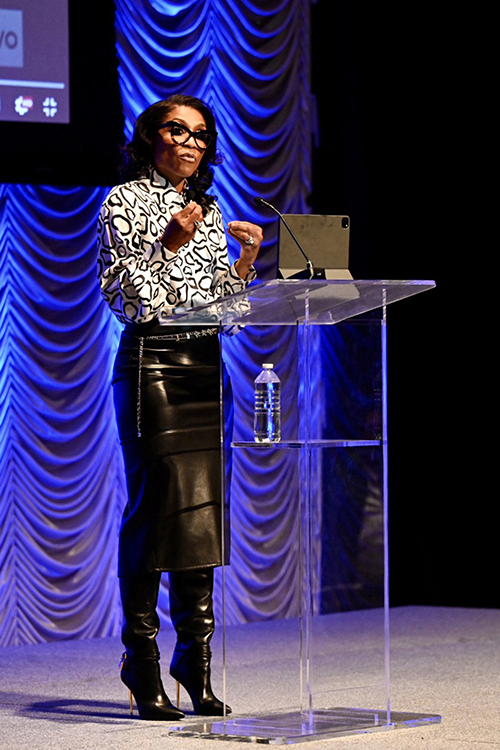 Walters, an obstetrician-gynecologist, incorporated the themes of both history month celebrations in her speech, speaking directly to women with an emphasis on Black women. Calling all women the “cornerstones of our communities,” Walters encouraged them to be strong and speak out.

“Without strong women who came before me, there would be no me,” Walters said.

Quoting statistics from the federal government’s Office of Minority Health, Walters outlined some of the racial inequities in health risks, stating that Black people have higher rates of asthma, diabetes, HIV, cancer and other medical maladies.

However, Walters placed special emphasis on mental health and the need to take it seriously in the Black community.

“Black America, we do not have to go through anxiety and depression alone,” Walters said. “We need to remove the stigma of getting help when there’s mental illness in our families.”

In acknowledging racism and sexism in health care and social services, Walters blamed the stress of not being taken seriously as a contributing factor to increasing rates of disease.

“Women, we cannot allow ourselves to be dismissed, disregarded or disrespected,” Walters said. “It’s got to start with us.”

Following her remarks, Walters fielded numerous questions from the audience ranging from her experiences on the reality show to battling breast cancer to the financial and personal struggles she faced early in her professional journey that led her to the successes she enjoys today. 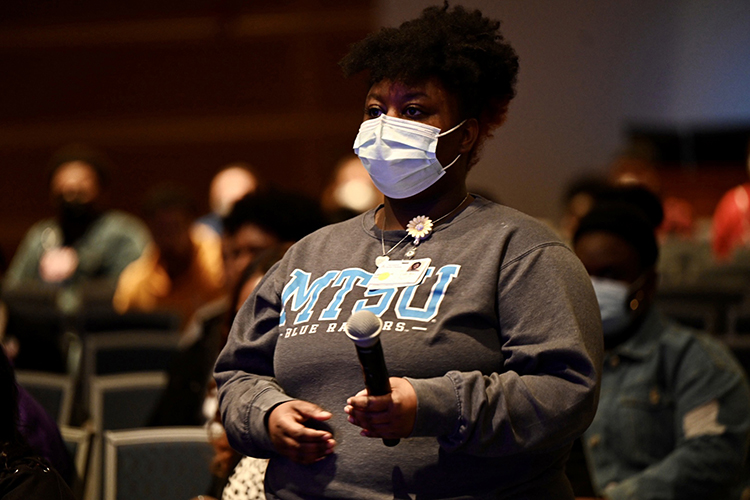 A student prepares to ask a question of Dr. Jacqueline “Jackie” Walters in the Q and A period following Walters’ keynote address for Black History Month and National Women’s History Month Feb. 28 at MTSU. Walters, an obstetrician/gynecologist and two-time breast cancer survivor, is featured on Bravo’s “Married to Medicine” television program. (MTSU photo by James Cessna)

“I believe it’s a conversation we need to have both at MTSU and other universities with students across the world,” said Paige Jackson, a senior biology major from Selmer, Tennessee. “I believe that she is a very great speaker.”

For more information on National Women’s History Month events at MTSU, contact Maigan Wipfli, chair of the Women’s History Month Committee and director of the June Anderson Center for Women and Nontraditional Students, at 615-898-2193 or maigan.wipfli@mtsu.edu. A complete calendar can be seen at https://mtsu.edu/jac/. 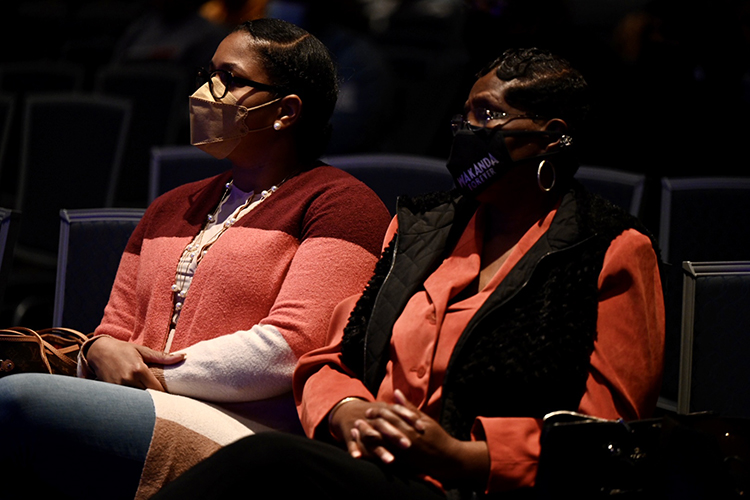 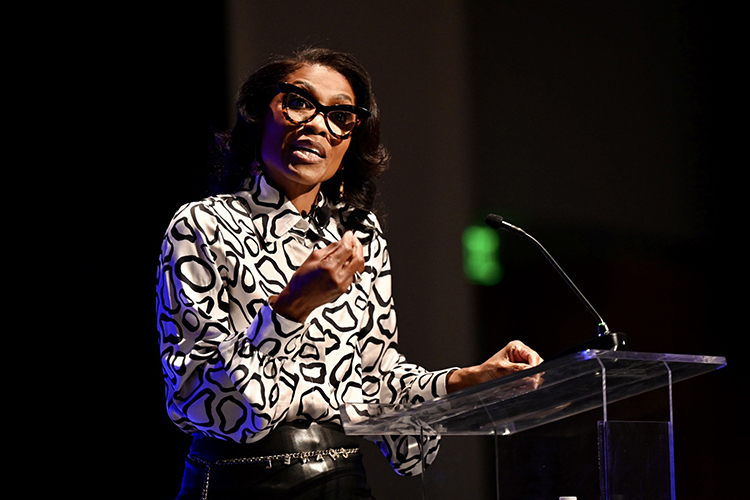