‘MTSU On the Record’ learns su.. 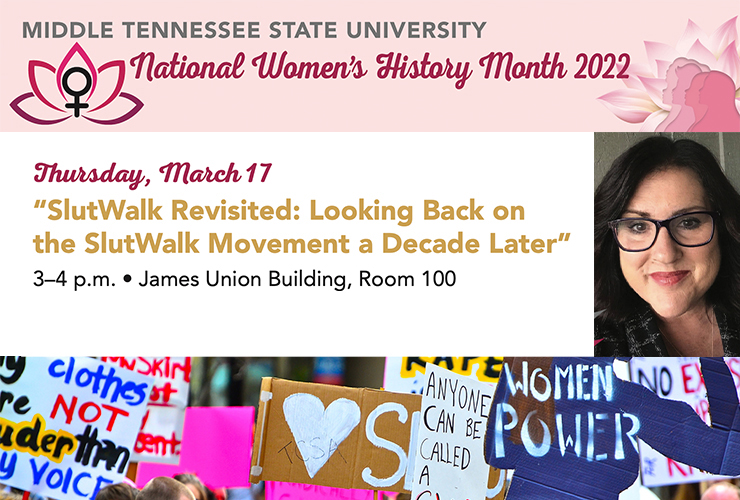 The feminist fight to change society’s perception of sexual assault and the reasons it occurs will be explored at MTSU during National Women’s History Month.

L’Oreal Stephens, a lecturer in communication studies and chair of the MTSU President’s Commission on the Status of Women, will present “SlutWalk Revisited: Looking Back on the SlutWalk Movement a Decade Later” at 3 p.m. Thursday, March 17, in Room 100 of MTSU’s James Union Building, 516 Alma Mater Drive.

This event is free and open to the public. A campus parking map is available at http://bit.ly/MTSUParking. Off-campus visitors can obtain a one-day permit at https://mtsu.edu/parking/visit.php or park free in the university’s Rutherford Boulevard Lot and ride the Raider Xpress shuttle to the James Union Building.

Historically, victims of sexual assault have been subjected to critiques of their personal appearance with an emphasis on clothing. The assertion, sometimes insinuated, sometimes stated outright, is that the victims asked to be raped by dressing in a certain way.

In April 2011, the first “SlutWalk” was organized in Canada after a constable at a safety meeting on the campus of York University said that women should “avoid dressing like sluts” if they don’t want to be sexually assaulted. Some 3,000 marchers took to the streets to express their outrage and indignation. The movement spread quickly with marches taking place around the world.

“Sexual assault is not about clothing,” Stephens said. “It is way past time to stop asking victims what they were wearing or insinuating they deserved or asked to be assaulted through their clothing or behavior. Sexual assault is an underreported crime; shaming and blaming victims can keep people from reporting.”

For more information on this Women’s and Gender Studies Research Series lecture, contact Roberta Chevrette, assistant professor of communication studies, at Roberta.Chevrette@mtsu.edu or Stephens at 615-898-2275 or L’Oreal.Stephens@mtsu.edu.

This year’s National Women’s History Month theme is “Providing Healing, Promoting Hope.” A complete calendar of MTSU events can be found at https://mtsu.edu/jac/. 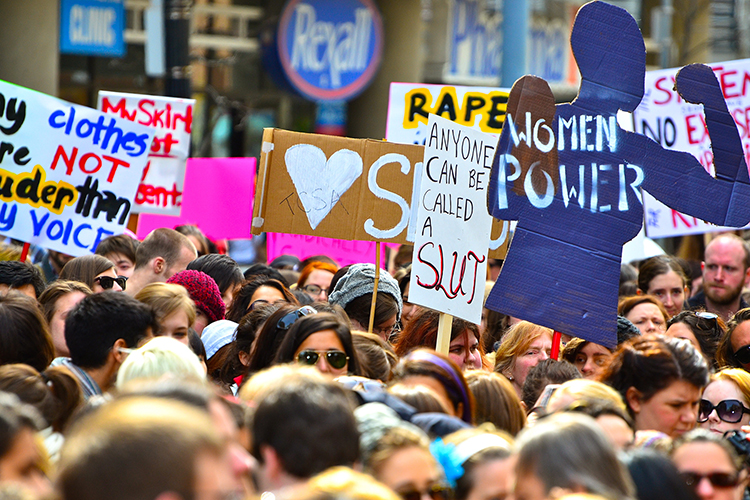 The first Slut Walk held in Toronto, Ontario, in April 2011. (Photo by Anton Bielousov via wikimedia.org)