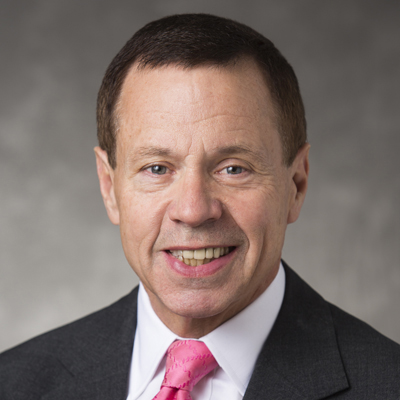 Registration begins at 8:15 a.m., and the conference ends at 1:15 p.m. Registration for the general public is $50 and can be made online at http://www.mtsu.edu/econconference. The last day to register is Sept. 20.

The conference, which traditionally features regional, national and international economic experts, targets bankers, business owners and managers, community officials and leaders, business people, business and economics educators, students and others interested in the future economic growth of the region.

Darst, who is responsible for asset allocation and investment strategy, was the founding president of Morgan Stanley Investment Group. He joined Morgan Stanley in 1996 from Goldman Sachs, where he held senior management posts within the Equities Division. He earlier spent six years as a resident manager of Goldman Sachs Bank AG in Zurich, Switzerland.

Darst is a frequent guest on CNBC, Bloomberg, Fox, PBS and other television channels and has written numerous articles for many of the world’s leading publications in his field.

Also returning to speak at the conference during the morning portion is Dr. Donald Ratajczak, nationally known economist and regent’s professor of economics emeritus at Georgia State University.

“This is an outstanding opportunity for business and community leaders to get an insider’s look at the prospects for our economy, delivered by two of the most respected experts in the country,” said Dr. David Urban, new dean of the Jones College of Business.

Another conference highlight includes a presentation by Dr. David Penn, director of the Business and Economic Research Center. Penn will provide an in-depth update, with statistics and graphics, on the Midstate economy ranging from employment to housing to manufacturing.

Darst is the author of six books on bonds, asset allocation and investing, and he has appeared on the Business Week and The New York Times best-seller lists. His financial works have been translated into Chinese, Japanese, Russian, German, Korean, Italian, Indonesian, Norwegian and Vietnamese. In 2012, Seapoint Books published his seventh book, “Voyager 3,” which contains his creative writing.

The Jennings A. Jones Chair of Excellence in Free Enterprise, the Weatherford Chair of Finance, and the MTSU Business and Economic Research Center co-sponsor the conference.