Economist Kotlikoff to give Nov. 5 MTSU lecture on...

Economist Kotlikoff to give Nov. 5 MTSU lecture on ‘broke’ U.S. 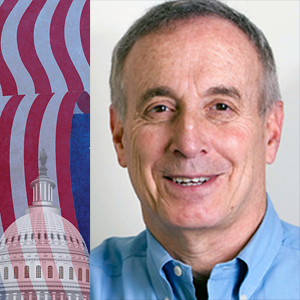 A Boston University economist will give a free public lecture Thursday, Nov. 5, at MTSU that focuses on the realities of the nation’s severe debt load.

Economics professor Laurence Kotlikoff will give a talk entitled, “What None of the Candidates Will Tell You … Our Country is Broke!” The lecture will take place at 7 p.m. Thursday in the State Farm Lecture Hall located in Room S102 of the Business and Aerospace Building. A searchable campus parking map is available at http://tinyurl.com/MTSUParking2015-16.

“As the 2016 presidential campaigns heat up, the positions of candidates on government debt and spending have become paramount to a large number of voters,” said Jason DeBacker, assistant professor in the Department of Economics and Finance. “However, the general public’s understanding of the causes and consequences of government debt is limited.”

In a spring appearance before a U.S. Senate budget committee, Kotlikoff told lawmakers: “Our nation’s broke, and it’s not broke in 75 years or 50 years or 25 years or 10 years. It’s broke today. … Indeed, it may well be in worse fiscal shape than any developed country, including Greece.”

His lecture is a part of the Economics Guest Speaker Series and is sponsored by the Economics Club, the Department of Economics and Finance in the Jones College of Business and the Honors College. Free and open to the public, these events are designed to provide presentations of economic ideas that are accessible to all audiences, organizers say.

“These issues … are especially important to college-age individuals who will be disproportionately affected by our government’s debt,” DeBacker said.