Journalists from MTSU’s College of Media and Entertainment joined their media colleagues across the country on election night 2020, providing live local coverage of the 2020 vote and, for the first time, simulcasting CBS affiliate NewsChannel5‘s national election coverage.

Viewers were able to follow the election on two university stations Nov. 3 as students and professors from the School of Journalism and Strategic Media and the Department of Media Arts covered the evening on MTSU’s educational resource channel, True Blue TV, and the student-run TV station, MT10.

On True Blue TV, the students of Middle Tennessee News presented a 9 p.m. special with election-night results from every level, including local races in Rutherford and six adjoining counties: Bedford, Cannon, Coffee, DeKalb, Warren and Wilson.

The coverage was broadcast from separate studios inside MTSU’s Bragg Media and Entertainment Building‘s studios.

MT10 airs on Xfinity channels 3 and 1094 in Murfreesboro, channel 99 on AT&T U-verse in Middle Tennessee, Murfreesboro CityTV and here on its YouTube channel.

True Blue TV is available online at https://mtsu.edu/truebluetv/stream.php and on channel 9.1 on the MTSU campus; channel 99 on AT&T U-verse in Middle Tennessee; Comcast Xfinity channels 9 and 1096; channel 195 on DTC in Alexandria, Tennessee; and digital channel 206 on United Communications in Chapel Hill, Tennessee.

Dan Eschenfelder, journalist-in-residence in the School of Journalism and a two-time Edward R. Murrow award-winning broadcast journalist, said the Middle Tennessee News coverage on True Blue TV was a welcome challenge for students.

“We plan to cover all U.S. and state races as well as city races like aldermen and council members,” he said. “This is a very large production; numerous classes and volunteers will be part of it.”

You can watch the Middle Tennessee News election coverage in the video above.

You can watch their coverage at the MT10 Facebook page.

Journalism professor Ken Blake, director of the MTSU Poll, also was on hand to analyze election data for MT10’s broadcast from 8 p.m. until midnight.

“MT10 aired the ‘CheddarU’ college-oriented election coverage at 8 p.m., after the NewsChannel5 election feed. Wer’e also in discussions to schedule programs throughout the day from ‘CheddarU,’ formerly Viacom’s MTV-U, which creates news, information and entertainment programming for college students that’s viewed on over 600 campuses across the country,” Gordon said.

MTSU’s media students have been providing comprehensive live coverage on presidential election nights for more than a decade.

MT10, in fact, won top statewide broadcasting honors for its 2012 election coverage, drawing in more than 100 electronic media students from across the college to give viewers live updates.

“It’s great that so many students can provide election night coverage and get great hands-on experience,” Eschenfelder said of the dual opportunities for students and viewers.

For more information about MTSU’s College of Media and Entertainment and its programs, visit www.mtsu.edu/media. 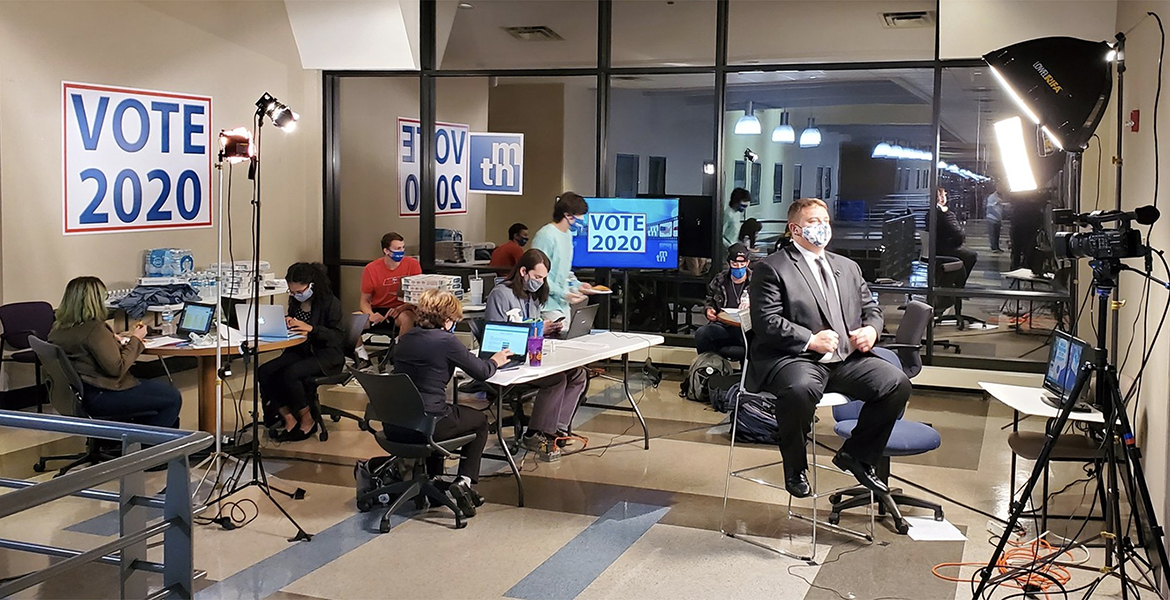 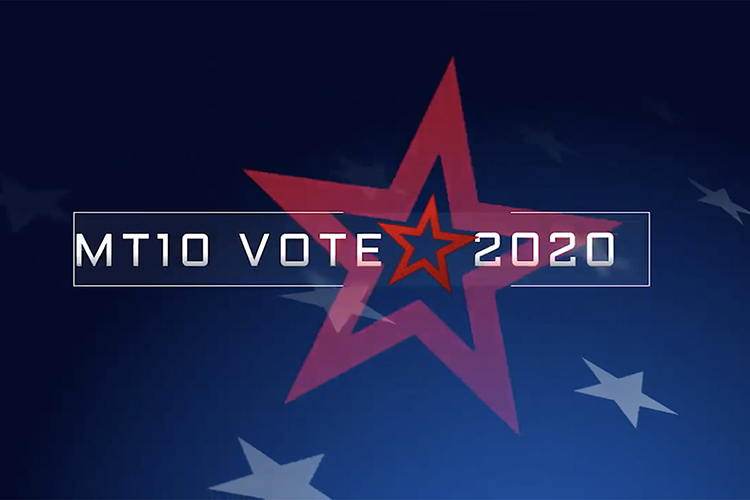