MTSU, Tennessee Air National Guard to partner on u...

Leaders with Middle Tennessee State University and the 118th Wing of the Tennessee Air National Guard signed an agreement Tuesday, Nov. 3, at MTSU to collaborate in several areas, notably in research of unmanned aircraft systems operations and computer science. 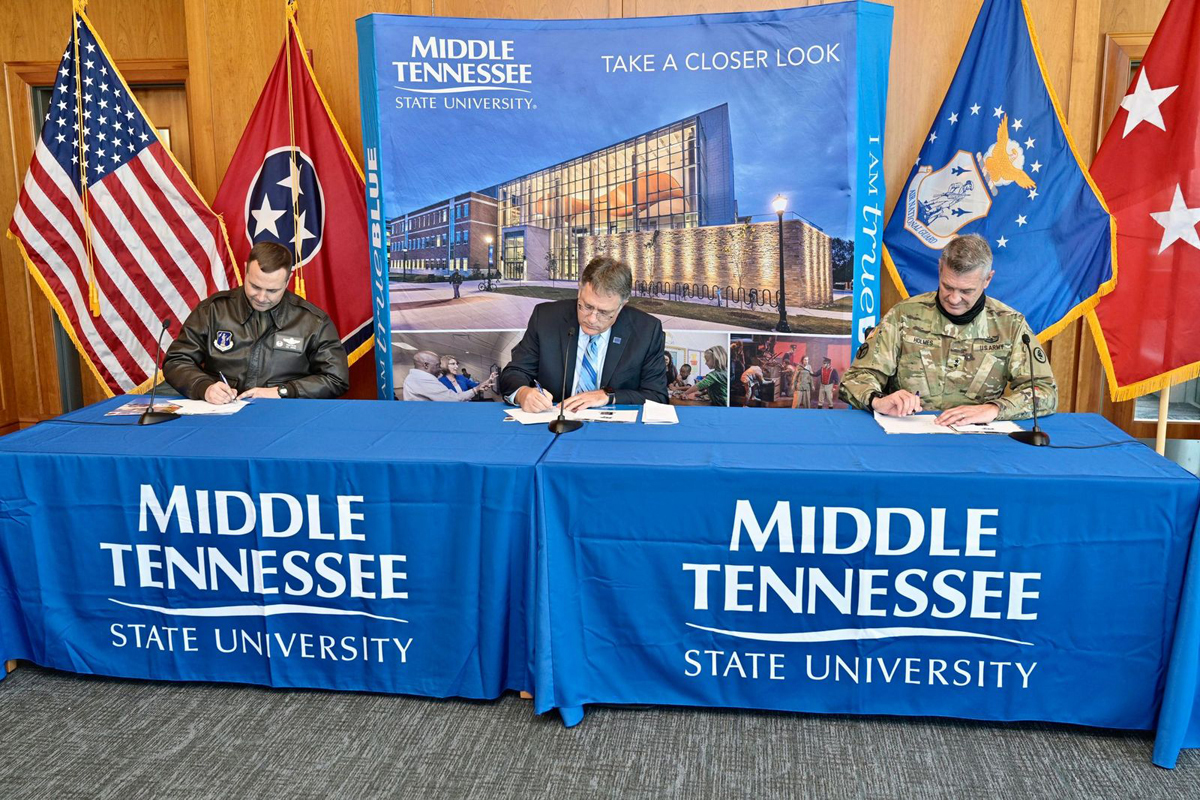 “We at MTSU take great pride in the many unique and productive partnerships that our academic colleges and units establish to provide real-world opportunities and experiences for our students,” Byrnes said.

“There are so many innovative things the university has done in the past — the collaboration of military and the support of veterans,” said Holmes, who attended MTSU as an undergraduate. “MTSU is simply a leader.”

Wiles, whose 15th and current military assignment began in November 2019, said the 118th wing was “looking forward to doors opening.” 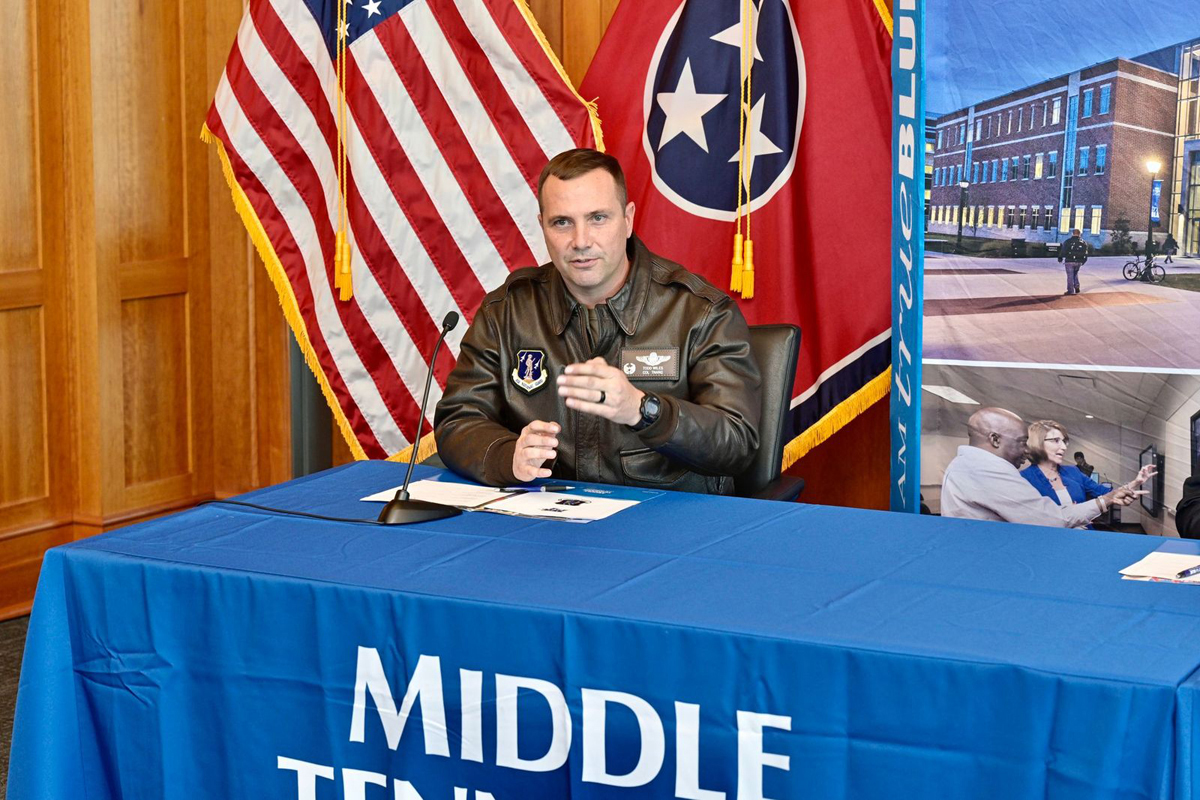 “It’s a perfect fit,” Wiles said. “We are a thought-leader in our field with cyber intelligence, civil engineering and other fields. Any time you partner with thought-leaders and educational leaders like MTSU, it’s very exciting.”

Byrnes shared how MTSU facilitates hands-on experiences for students, singling out the College of Basic and Applied Sciences, who was represented Tuesday by Dean Bud Fischer, which includes the departments of Aerospace and Computer Science.

He also thanked the Office of Research and Sponsored Programs, overseen by Vice Provost David Butler, who also serves as dean of the College of Graduate Studies, for helping facilitate the agreement.

The mission of the 118th Wing, based in Nashville, is to provide the U.S. Air Force with persistent intelligence, surveillance, reconnaissance and combat capability, as well as support in Tennessee during times of emergency. 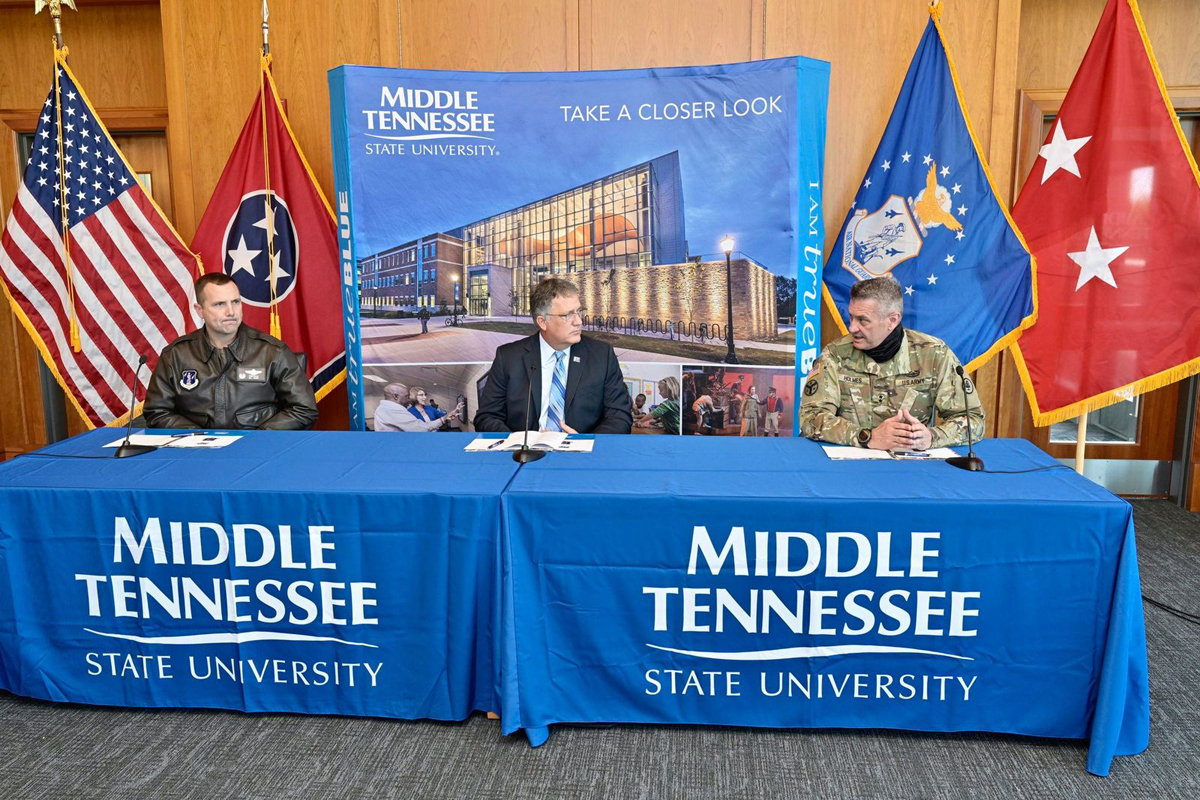 “Given the wing’s use of this technology and given MTSU’s expertise as one of the first in the nation in the creation of the Unmanned Aircraft Systems Operations major through our Department of Aerospace, our collaborations hold great promise for teaching and research,” Byrnes added.

The partnership with the 118th Wing joins several other successful similar initiatives of the university, Byrnes said:

• This is the 70th year of MTSU’s partnership with the Army Reserve Officer Training Corps, which has produced hundreds of officers for the Army, Army Reserve and the National Guard.

• Several MTSU students are also enrolled in Air Force ROTC as part of a regional detachment based in Nashville.

• And, MTSU has partnered since 2014 with Civil Air Patrol, the volunteer civilian auxiliary of the Air Force, in aerospace education for young men and women in its cadet program. 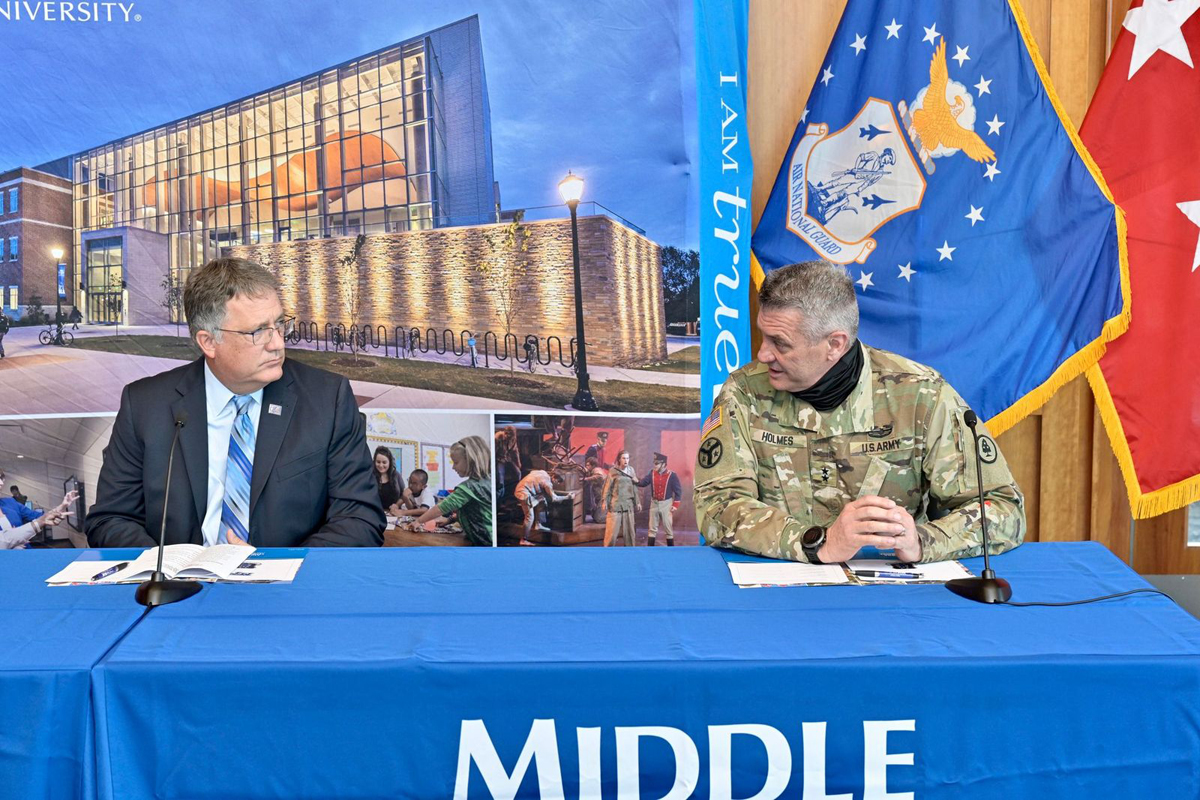 Byrnes recognized also recognized retired Army Lt. Gen. Keith Huber, MTSU’s senior adviser for veterans and leadership initiatives, with being instrumental in the creation of the Charlie and Hazel Daniels Veterans and Military Family Center. The center is the largest and most comprehensive in Tennessee, serving more than 1,000 student veterans and their family members.

“We at MTSU take pride in these partnerships and initiatives, as well as our commitment to serving members of the Guard, and its veterans and family members, attending our university, to reach their higher education goals,” Byrnes said.

“I am confident the partnership we will start today with the Tennessee Air National Guard will take its rightful and successful place among these initiatives,” Byrnes added. “And we appreciate the trust yo 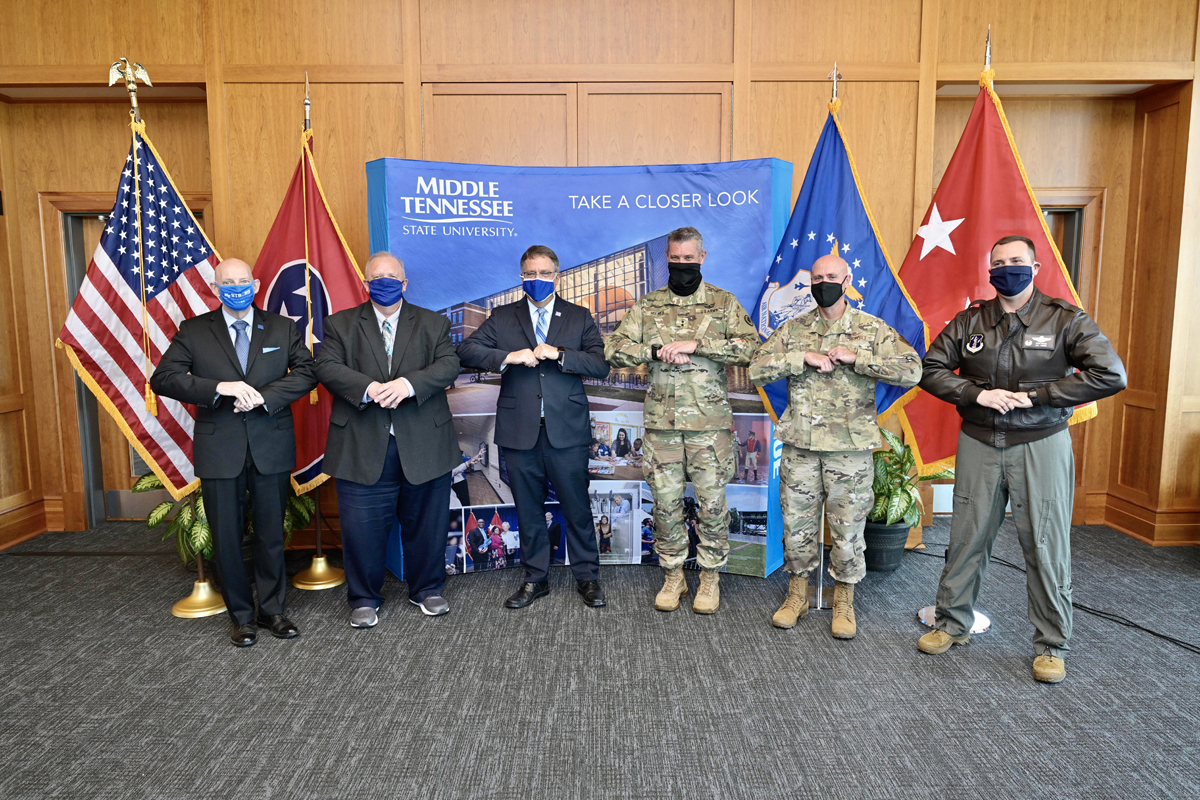 u have placed in us for this effort.”