For up-and-coming MTSU Apparel Design and Fashion Merchandising students, the timing of the growth of their industry in Nashville couldn’t be any better

People tend to think of New York and Los Angeles as fashion capitals, and for good reason. But it’s time to add Nashville to that short list. Over the past decade, Music City has become home to a vibrant, internationally recognized fashion scene full of independent boutiques, fresh designers, and, importantly, the infrastructure to support it. 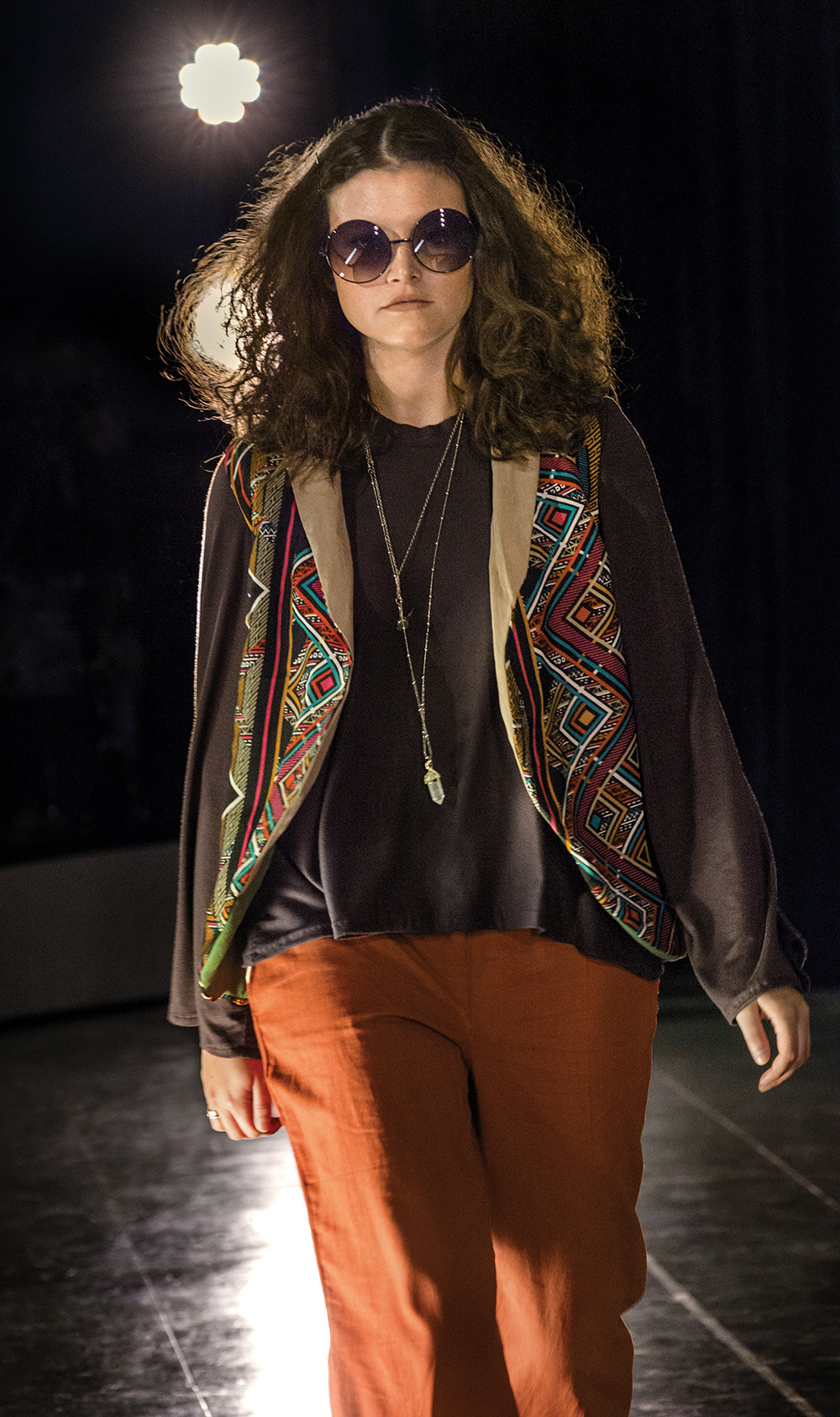 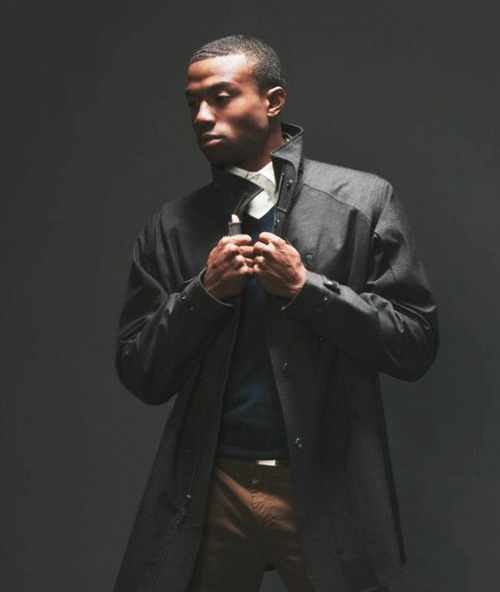 CityLab has ranked Nashville fourth in the U.S. in terms of the numbers of fashion designers, their earnings, and industry activity—trailing just New York, Los Angeles, and Columbus, Ohio (home to the corporate headquarters of several retail giants). As far back as 2012, CityLab stats revealed 282 fashion designers operating from Nashville, a number that has grown considerably and is sure to expand even more in the next few years.

As explored in an April 2016 article in The Tennessean, national publications including Women’s Wear Daily have recently touted Nashville’s fashion industry. Forbes Travel Guide cited fashion as one of the top five reasons that Nashville “is on fire.”

“Nashville has the potential to be a powerhouse,” said Andre Wiggins, a recent Fashion Merchandising graduate. “I want to be a part of that growth.”

Wiggins, who also models, has seen the growth firsthand during Nashville Fashion Week, held each April since 2011. Within a few years, the once-small event now intrigues fashion industry moguls nationwide, who fly in from New York and Los Angeles to see it.

“Why go to New York and L.A., when I can stay here and be part of something from the beginning?” said Fashion Merchandising senior Stephaney Drake, who also participates in the student chapter of the Nashville Fashion Alliance (NFA) trade organization, which launched in 2015. “At a COAST show in October, I was registering students for NFA and meeting all kinds of people who flew in just to come to it and to see what’s here.”

“Nashville understands creative industry,” summed up Rick Cottle, assistant professor in Textiles, Merchandising, and Design at MTSU. “And just like Nashville has songwriting as a business, it knows that fashion has to have infrastructure to support it.” 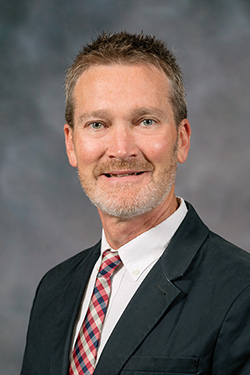 While other public universities offer Fashion Merchandising, MTSU is the only public university in Tennessee also offering an Apparel Design program. This enables the University to offer both disciplines in their Textiles, Merchandising, and Design (TXMD) major, and MTSU professors see unlimited opportunities for TXMD students.

“Because of the NFA, there are broad opportunities for MTSU alumi,” Cottle said. “MTSU students were easy to feed into big producers like Belk, Under Armour, and VF Imagewear. But now, NFA opens up a whole new pipeline to small design firms.”

“MTSU is an underrated asset,” said Van Tucker, the alliance’s CEO. “People need
to know about it.”

MTSU had the good fortune of becoming an academic partner for Nashville Fashion Week in 2015 and 2016—an opportunity not lost on Apparel Design student Logan McCage. McCage worked back of house in the managed chaos of the event, learning some life lessons along with upping her design standards.

“I learned about being patient, taking orders, and about using every experience,” she said. 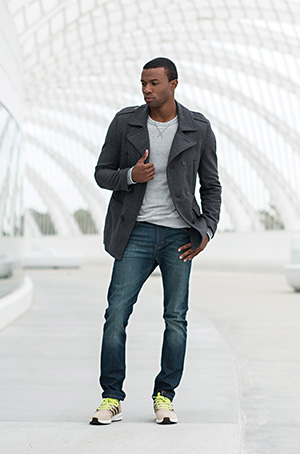 And after seeing the clothing of professional designers up close, she said she holds her clothing to that standard. McCage, like many Apparel Design students, is minoring in Entrepreneurship.

“They loved our students,” said Cottle, who consistently heard high praise from designers about MTSU students’ work ethic and attitude.

About 175 students are in the TXMD department.

“MTSU has the potential to double this program,” added Cottle, who along with other faculty, such as Lauren Rudd, is an outspoken advocate for the department. “We have the faculty—all of us are doctorate-level and experts in our fields. . . . And we have an industry out here. . . . Now to connect all the dots.”

“Ninety-nine percent of parents, especially dads, ask, ‘How is my kid going to make a living?’ ” he said. He points to a statistic that apparel ranks second to food in world consumer goods.

Students learn early on that those opportunities come from networking, something Cottle and other professors emphasize early on. Now, NFA gives students a structured place to network with professional offerings just for students. And MTSU students can connect with design students at private colleges such as O’More College of Design, Nossi College of Art, and Belmont University. 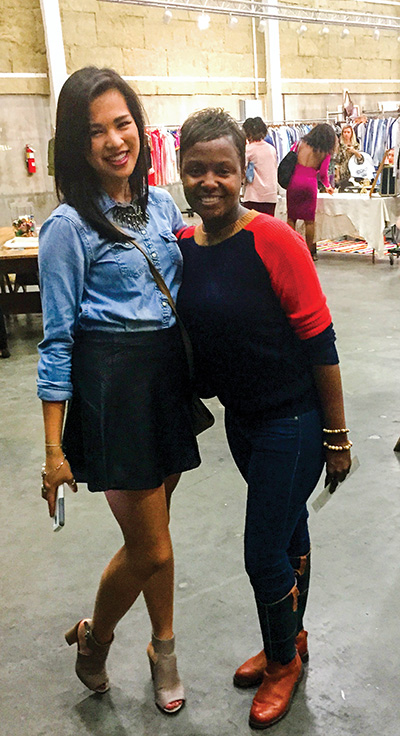 In summer 2015, Drake worked with other students to create a photo shoot for their portfolios. They invited Marcia Masulla, founder of Nashville Fashion Week, and NFA’s Tucker to a catered, professional event.

“I want to be an innovator,” Drake said. “Nobody told us to do this photo shoot, but we got 11 models, had it catered, and paid for it by selling custom jewelry.” Local business leaders donated and were asked to model for the shoot.

That go-getter attitude led to a job for Drake as a student liaison with the NFA.

Wiggins also exhibited the drive needed to be successful in the field of fashion. After earning a Management and Marketing degree in Ohio and serving in the Army for three years, Wiggins found a home in MTSU’s
fashion program.

“Most men don’t think about how to dress correctly, especially in urban areas,” Wiggins said. “My dream is to have an influence on men’s fashion.”

His work ethic and attitude had an influence on Cottle and Rudd. Making the most of every week, Wiggins attended school and maintained emails to contacts (seeking meetings or offering to help with events) in between his modeling gigs in Nashville, Atlanta, and Miami.

Students and former students like Wiggins, who is now interning with a company in Nashville and who continues to model, “are why we get up to come to work,” Cottle beamed. “What keeps me awake at night is kids like him—hungry and talented—who don’t know
we’re here.”

“I just need a toe in the door,” Wiggins said. “It doesn’t matter where I start. I will show my work ethic. I want to do this for the rest of my life.”