MTSU’s Alumni Memorial Gym and parts of the Voorhies Engineering Technology building will be the filled with technology, energy and excitement as 30 robotics teams from across Tennessee will be competing in the second TNFIRST First Tech Challenge regional competition Saturday Feb. 8.

This event, hosted by the MTSU Department of Engineering Technology in partnership with tech advocacy nonprofit TNFIRST, challenges teams of seventh- through 12th-graders to design, build, program and operate robots in head-to-head competition. 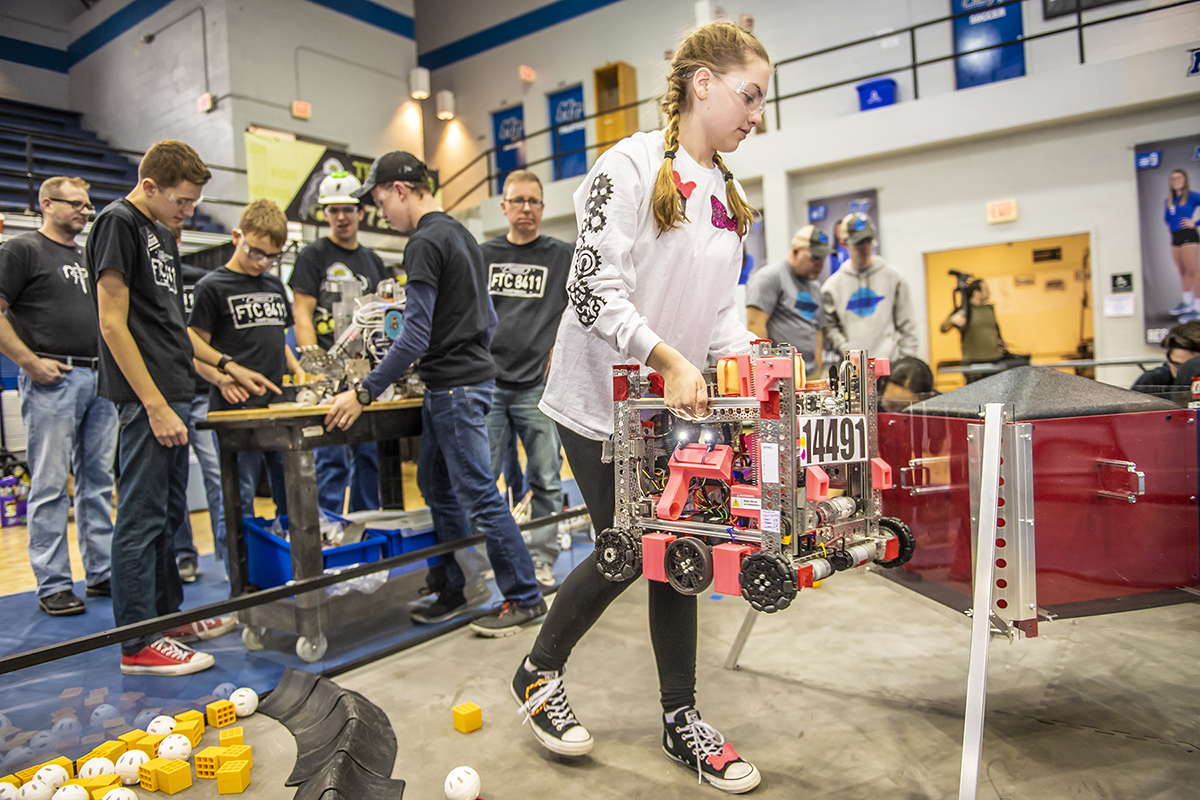 A female participant in the TNFIRST FTC Robotics Regional Competition lifts and carries the Nerdettes’ team’s entry onto the playing surface in February 2019 in Alumni Memorial Gym. The teaam was from Madison, Ala. Thirty teams will compete Saturday, Feb. 8, in AMG and Voorhies Engineering Technology competition rooms. (MTSU file photo by Eric Sutton)

This year’s competition theme is SKYSTONE presented by Qualcomm.

Teams scheduled to compete span from Memphis to Knoxville. There will be Murfreesboro-area teams competing as well, including the Tennessee Robotics Club and Central Magnet School’s Magnetude Gold and Magnetude Black teams.

FIRST (For Inspiration and Recognition of Science and Technology) was founded in 1989 by Dean Kamen, an inventor, entrepreneur and tireless advocate for science and technology. It is now the leading, not-for-profit science, technology, engineering and math, or STEM, engagement programs for students worldwide.

TNFIRST is focused on connecting K-12 students to the world of FIRST robotics and events. Mike Wehrenberg of Knoxville is chairman.

Up to 15 students and two to three mentors comprise each team. Participants and their robots compete within a 12-by-12-foot playing field. The robot’s starting maximum dimensions, in inches, is 18 wide, 18 long and 18 high.

Including engineering technology, which is one of 11 College of Basic and Applied Sciences departments, MTSU has more than 300 combined undergraduate and graduate programs.

The mission of TNFIRST is to inspire young people to be science and technology leaders and innovators by engaging them in exciting mentor-based programs across the state that foster well-rounded life skills including self-confidence, communication and leadership. To learn more, visit https://tnfirst.org. 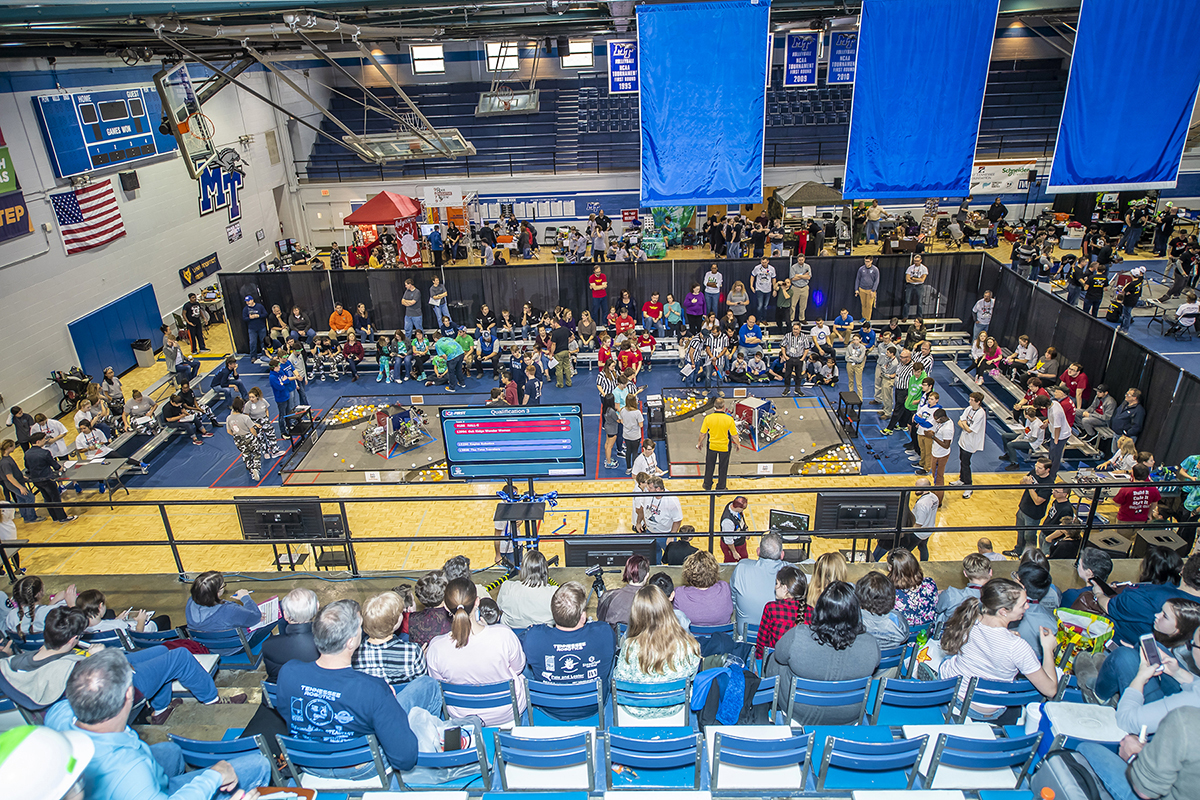