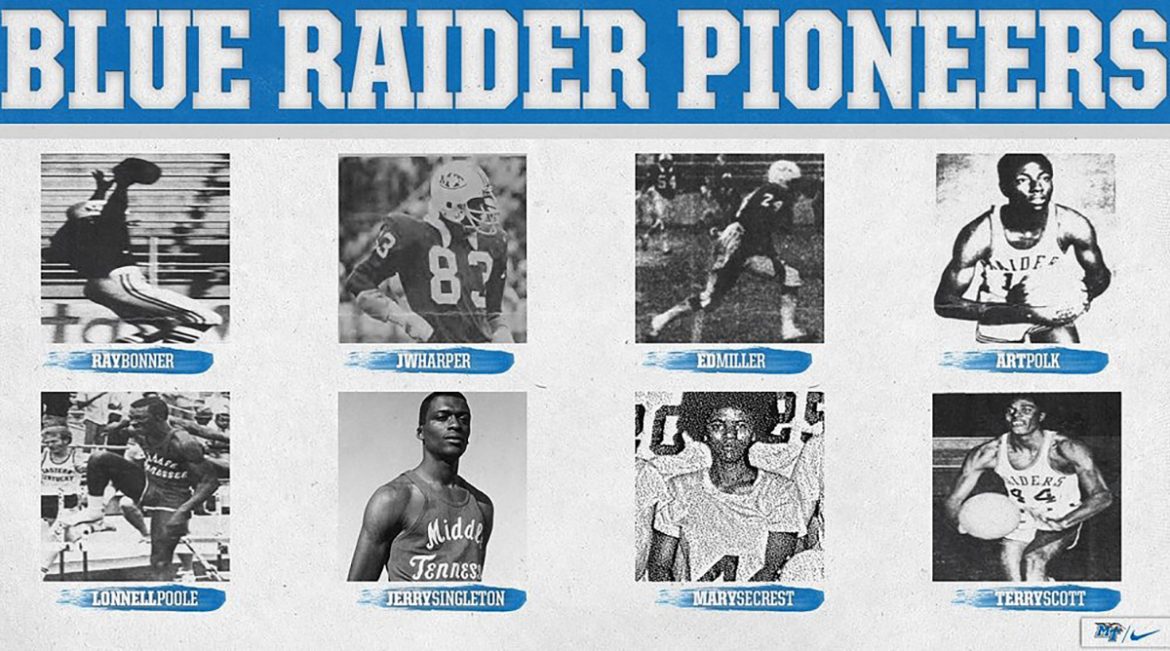 From 2 to 4 p.m. in the Student Union Ballroom, 1768 MTSU Blvd., a special public forum will allow the honorees to share their stories and answer attendees’ questions.

This event is free. For parking details, visit www.mtsu.edu/parking/permit.php. 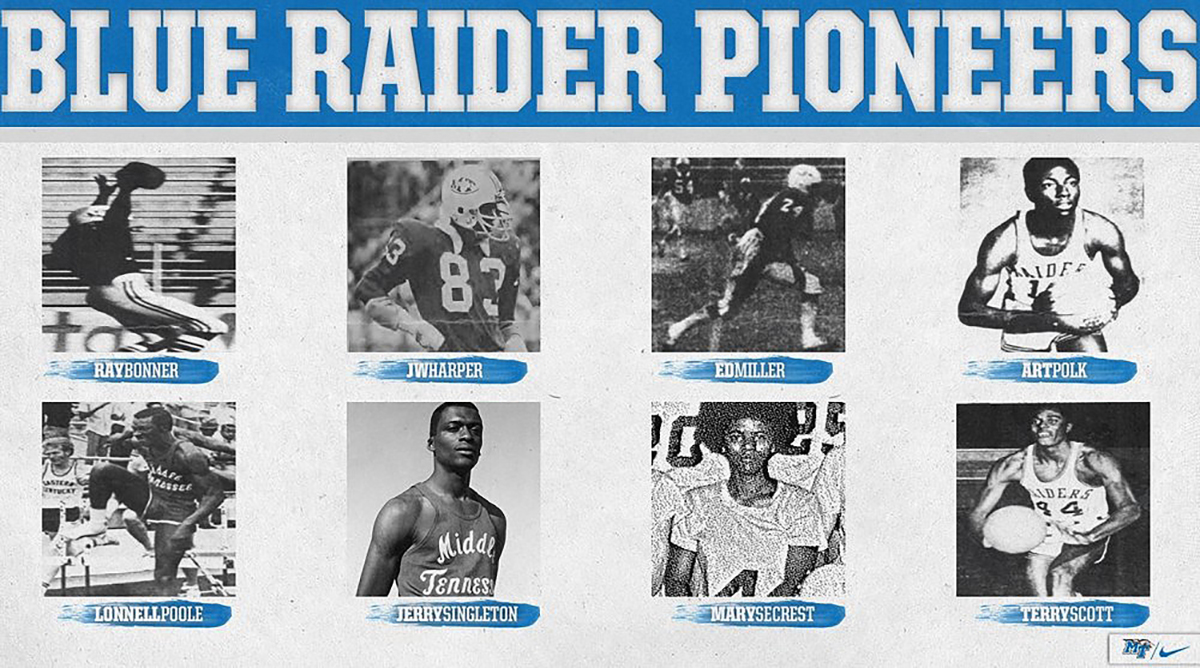 A reception for the honorees will be held at the Rose and Emmett Kennon Sports Hall of Fame at 5 p.m. The eight Blue Raider legends will then be recognized at halftime of the basketball game, which starts at 6:30 p.m. in Murphy Center.

“I am proud we will honor and celebrate these trailblazing pioneers,” MTSU President Sidney A. McPhee said. “Their hard work and personal courage made history, not only for athletics but our entire university. I am pleased our current students will have the opportunity at this event to connect with these MTSU legends.”

MTSU Athletics Director Chris Massaro said the university “is thrilled to bring these pioneers back to campus so our MTSU students and our student-athletes can hear their stories firsthand.”

“Additionally, we as a Blue Raider community need to formally thank these individuals for their commitment to be Blue Raiders and to graduate from here,” Massaro continued.

“These pioneers are an important piece of our institutional history. Their stories should be captured and recorded so generations to come will appreciate the efforts of these individuals to integrate our great institution. This celebration will be a great addition as we celebrate Black History Month.”

The student-athletes came to MTSU when the racial divide was still strongly felt in America, especially in the South.

Legendary Blue Raiders track and field coach Dean Hayes, who was hired in 1965, remembers the honorees and their time at MT fondly. He signed and coached several of the honorees and said it was an honor working alongside Massaro and Varsity Club Director Jim Simpson to recognize these special people.

“This goes back to yesteryear, and it was a different time and, in some ways, a different world,” Hayes said. “The year my wife and I first came here was the first year they integrated the schools, and she taught at Bellwood Elementary School.

• Singleton was the first African American scholarship athlete at MTSU. Singleton, from Chicago, Illinois, was the Ohio Valley Conference champion in the 800 meters in 1969 and, at one time, had the second-fastest time ever in the 660-yard run. He set records on the track that lasted at MTSU for decades.

• Polk was one of the first two African American men’s basketball players, in 1965, to sign an athletic scholarship with MTSU. His teammate Willie Brown, now deceased, was the other inaugural student-athlete. Polk, a native of Kansas City, Missouri, will be in Africa and unable to attend the ceremony. 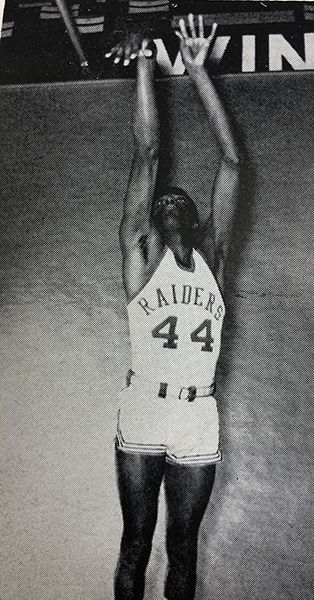 • Scott was the third black scholarship men’s basketball player at MTSU. He signed in 1966 with Trickey and also ran track for Hayes.

Now 71, Scott, who lives in Muskogee, Oklahoma, said he looks forward to spending time with the honorees and the friends and teammates planning to attend. They include Sam McCamey of California, Derry Cochran of Cummings, Georgia, Jimmy Drew of Springfield, Illinois, Mason Bonner of Alabama and Stan Summerall of Chattanooga, Tennessee.

“I felt comfortable at Middle,” said Scott, a Cleveland, Tennessee, native, who later served as Trickey’s assistant at Oral Roberts and is 40-year educator and a three-time state championship high school coach with 465 victories. “I was recognized by my ability, not by the color of my skin. Plus, with my religious background, it was meant for me to be here.”

• Harper was one of the earliest African American football players at MTSU. He took a redshirt season in 1968 and played from 1970 to 1972. He also played freshman basketball.

• Bonner and Miller were the first two black scholarship players on the football team. They signed scholarships in 1969 and become members of MTSU’s famed “Mod Squad” defensive backfield, named after the then-popular TV show.

• Secrest played basketball and volleyball and ran intramural track at MTSU. She was the first female African American athlete in the pre-scholarship era from 1971 to 1974. A loyal alumna, Secrest remains heavily involved with the university to this day.