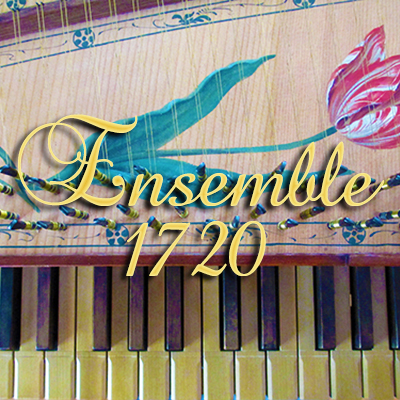 St. Paul’s is located at 315 E. Main St., just three blocks south of the Public Square and less than two miles from the MTSU campus.

MTSU’s School of Music group Ensemble 1720 will use this harpsichord, a 1990 reconstruction by Willard Martin of Bethlehem, Penn., of an instrument depicted in Marin Mersenne’s 1637 treatise “Harmonie Universelle,” a landmark series of books on the physics and practice of music, in a May 4 concert at St. Paul’s Episcopal Church in downtown Murfreesboro. (Photo submitted)

The Ensemble 1720 musicians play string and wind instruments in use during the Baroque era, the 17th- and early 18th-century period when Bach, Handel, Vivaldi and their colleagues created their masterpieces.

The group made its debut in January 2011; you can listen to a sample of its music here.

“The orchestral instruments that we know today were altered significantly in the 19th century,” said Dr. George Riordan, retired director of the MTSU School of Music and the oboist for Ensemble 1720.

“We’ll be recreating the style that the composers would have expected, so that the music may be heard in all its original color and passion.”

Other performers in Ensemble 1720 include MTSU School of Music faculty members Andrea Dawson on violin, Christine Kim on cello and Lillian Pearson on harpsichord and violinist/violist Karen Clarke, Florida State University professor emerita. Each of the Ensemble 1720’s five members actively performs around the country on both modern and period instruments.

For more MTSU School of Music concert information, call 615-898-2493 or visit www.mtsumusic.com and click on the “Concert Calendar” link.