In each competition, which were about a month apart, the riding Raiders drove to great lengths to pull off both feats. There were two- and three-day, round trip drives to Maryville, Tennessee, and Murray, Kentucky, because overnight stays were prohibited under the university’s COVID-19 health protocols.

MTSU equestrian team riders collected 18 blue ribbons and other awards at the IHSA competition at Murray State University in Kentucky during the fall season. (Submitted photo)

Both were part of the fall schedule that happened despite the COVID-19 pandemic, as officials for the University of Tennessee- and Murray State University-hosted events followed university, state and Centers for Disease Control and Prevention protocols to ensure safety was the top priority.

“I am particularly proud of the dedication of our students this semester,” said Ariel Herrin Higgins, director of equestrian programs and coach. “Because of the COVID-19 guidelines in place, all of these competitions meant driving back to Murfreesboro at the end of a long day each time. The team spent about six hours driving each day, and they still managed to stay focused and prepared.”

MTSU was the only team traveling daily. Herrin Higgins referenced some interesting numbers related to the extra effort. 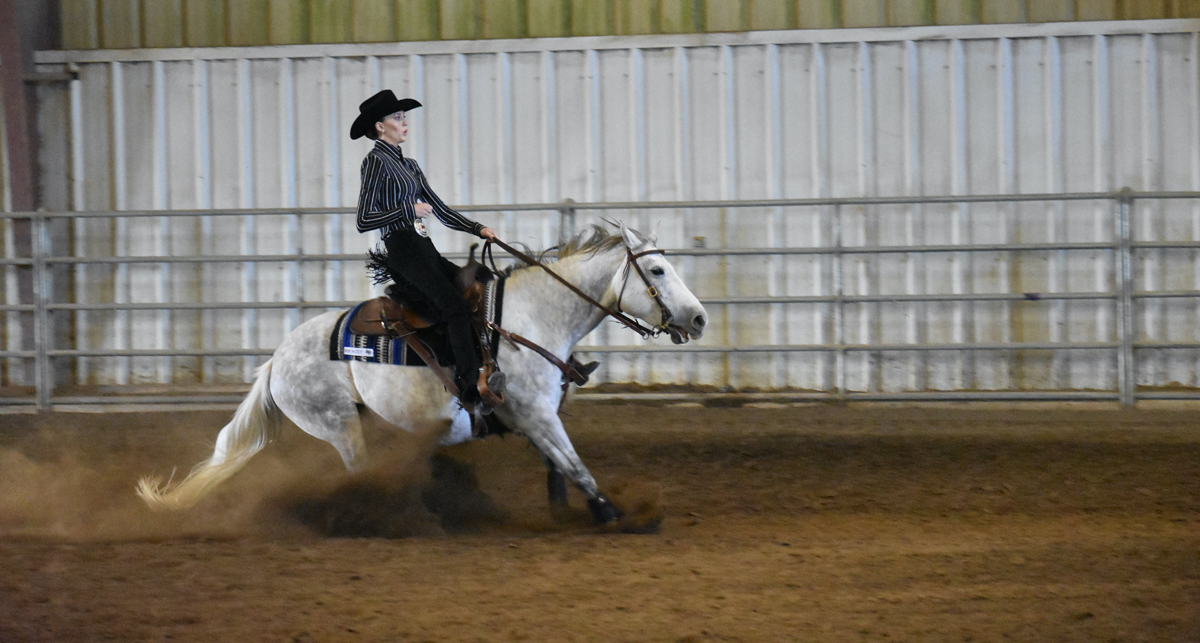 Herrin Higgins said the team “kept our undefeated streak going this semester after our two wins at the University of Tennessee-Knoxville.”

“We had a few new members show for the first time, and everyone had great debuts with the equestrian team,” she added. 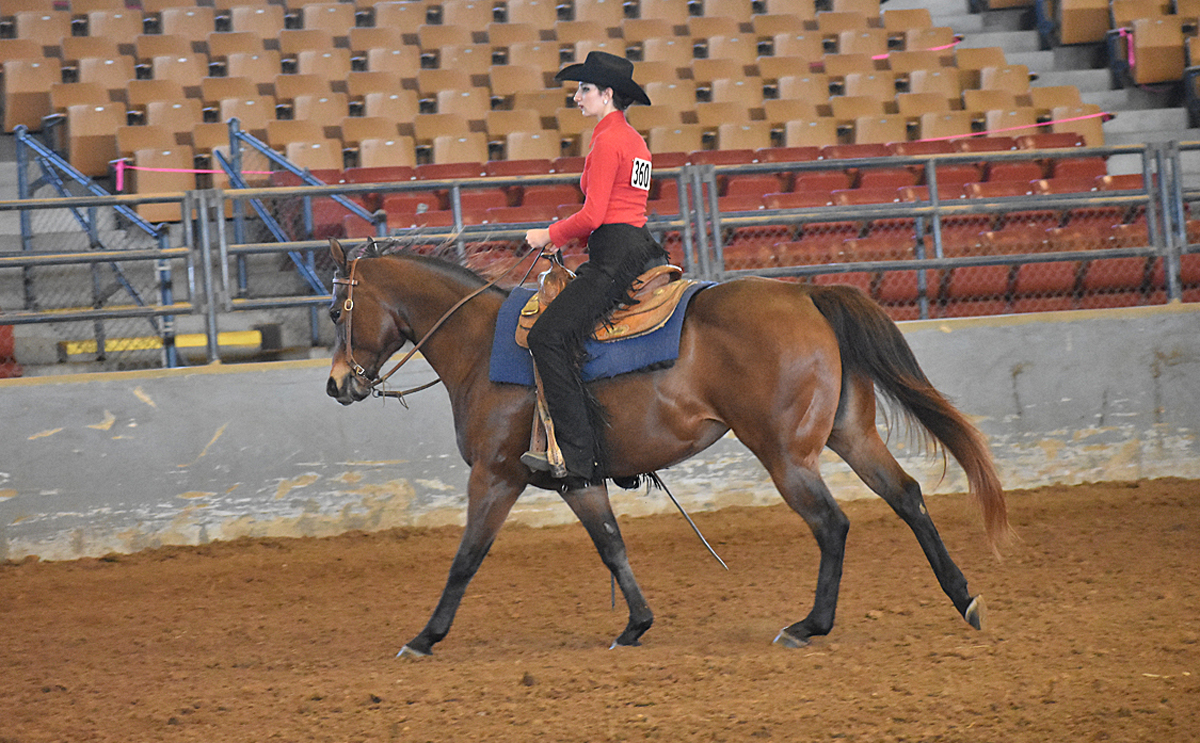 “This was our first attempt at the back-and-forth travel,” Herrin Higgins said. “It was a long and exhausting weekend, but we managed to still compete well, despite the trying circumstances.”

After competing and arriving in Murfreesboro about 9 p.m. that Saturday, they gathered three extra horses from the pasture they offered to bring the next day because of the show’s size, repacked the trailer and left at 4:30 a.m. Sunday with only a few hours’ sleep.

“We are fortunate to get to compete in a great region, where we all cheer each other on, making it easier to have people from other schools staying close by be able to check on the horses, especially after we had left for the evening,” she said.

The team is preparing to host two IHSA events in February 2021 in Tennessee Miller Coliseum, with strict COVID-19 protocols in place as needed. The first will be the Feb. 13-14 MTSU IHSA Hunter Seat Show, followed by the Feb. 19-21 MTSU IHSA Western Show. More details to come, but Herrin Higgins said both likely will not be open to spectators. 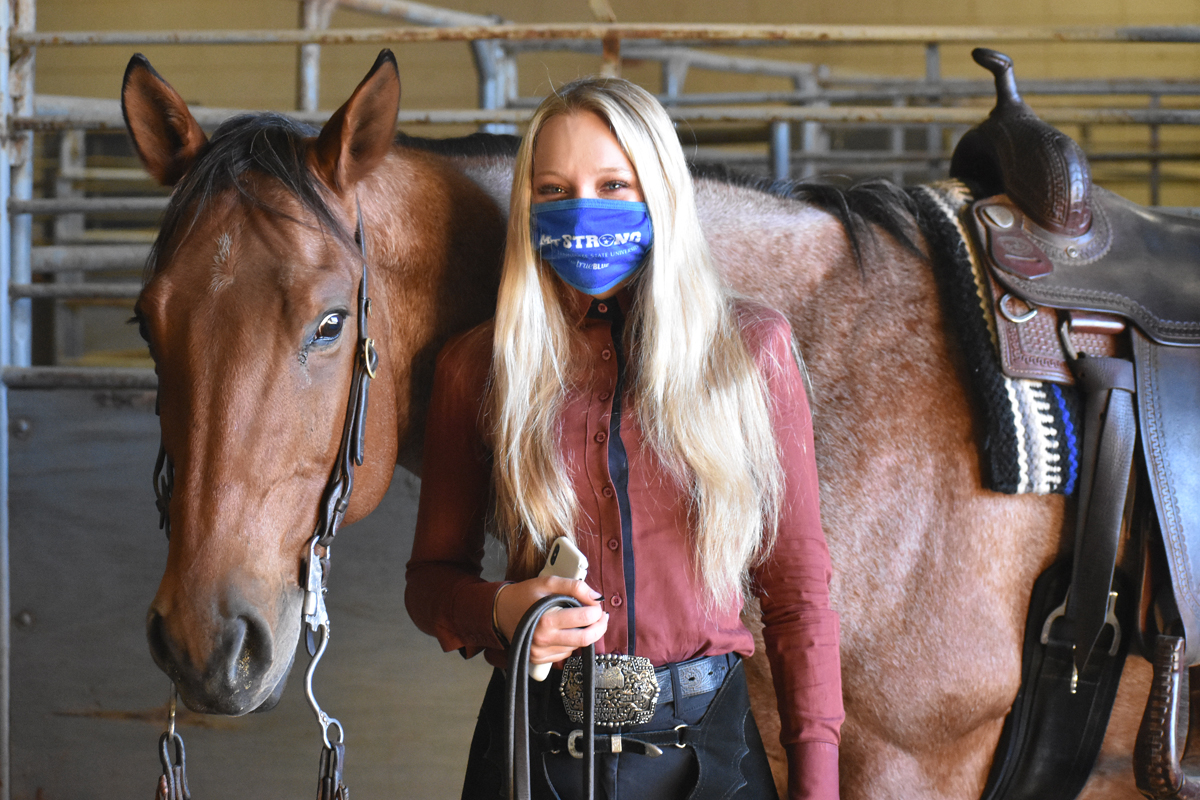 MTSU sophomore equestrian team member Allyssa Kraker and her horse, Eddie, have been a part of an outstanding fall season at IHSA competitions at Murray State University and the University of Tennessee-Knoxville this fall. (Submitted photo)