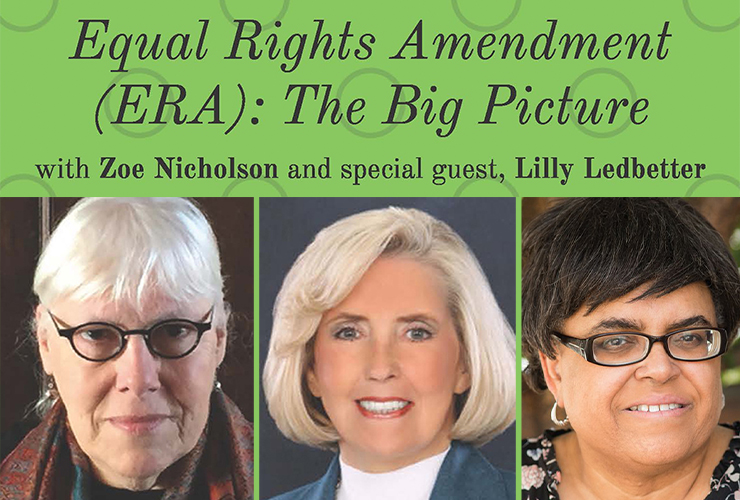 MTSU will host an upcoming virtual discussion that takes a closer look at the Equal Rights Amendment and clears up misperceptions about its impact and status.

An in-person watch party will be held at the MT Center in the Ingram Building, 2269 Middle Tennessee Blvd., for up to 50 people with a live feed provided by MTSU Event Productions. To reserve a space, please send an email to pcsw@mtsu.edu by Friday, April 8.

Marisa Richmond, an adjunct professor of history and women’s and gender studies, will moderate a Q and A session in person and online following the presentation.

The Equal Rights Amendment was passed by Congress in 1972 and sent to the states for the required three-fourths ratification. It reads, “Equality of rights under the law shall not be denied or abridged by the United States or any state on account of sex.”

When the seven-year limit on the ratification process ran out, the ERA had been ratified by 36 states, including Tennessee. In 2021, the U.S. House of Representatives voted 222-204 to remove the time limit. The measure has yet to reach the floor of the U.S. Senate.

“I realized in teaching and learning about social movements that there is a misunderstanding about what the ERA really is and that some people believe it has already passed,” said L’Oreal Stephens, chair of the President’s Commission on the Status of Women and a lecturer in the Department of Communication Studies. “This event is important because it will clear up those misunderstandings.”

Nicholson, an artist, author and activist, joined six women at the Illinois state capitol in 1982 to take part in a fast in support of the ERA. Her memoir, “The Hungry Heart: A Woman’s Fast for Justice,” chronicles that demonstration. Nicholson also is the author and actor in “Tea with Alice and Me, the Intersecting Lives of Two ERA Activists.”

Ledbetter was a manager at a Goodyear Tire and Rubber Co. plant in Gadsden, Alabama, when someone left her an anonymous note informing her that she was making thousands less per year than her male counterparts. While the U.S. Supreme Court overturned her lower court victory of $3 million in compensation, her plight led Congress to pass the Lilly Ledbetter Fair Pay Act, which was signed into law by President Barack Obama on Jan. 29, 2009.

Richmond, an activist for transgender rights, is a member and former chair of the Metropolitan Nashville Human Relations Commission and a member of the board of the Stonewall Inn Gives Back Initiative and the Tennessee Federation of Democratic Women. Richmond also has completed a term of service as the first and only Black trans woman on the Democratic National Committee.

This event is co-sponsored by the MTSU President’s Commission on the Status of Women, June Anderson Center for Women and Nontraditional Students and the American Association of University Women-Murfreesboro. For more information, contact Stephens at 615-898-2275 or LOreal.stephens@mtsu.edu. 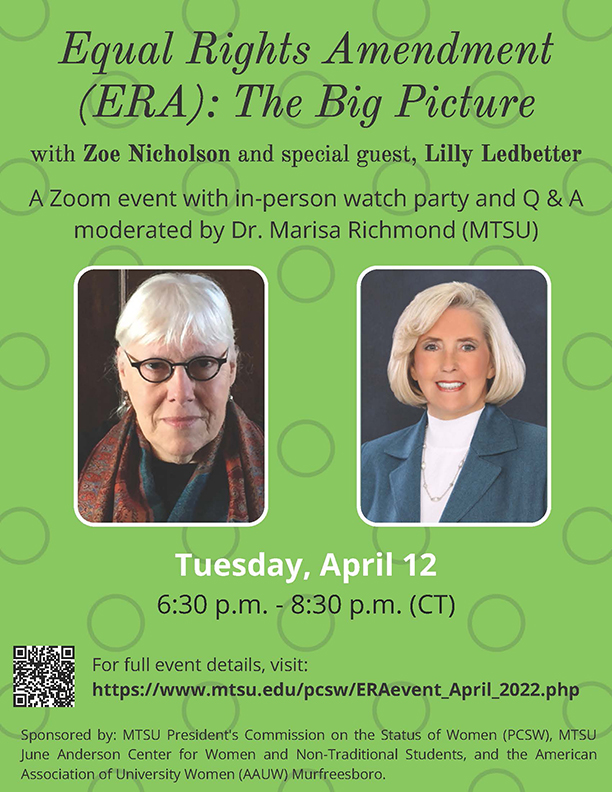