'Academia and the Academy': Li..

A cherished collection loaned to MTSU‘s James E. Walker Library for an exhibit is now a permanent part of its heritage.

Dr. J. Lee Owen of Murfreesboro, a retired pediatrician, and his wife, Sophia, have presented their priceless assemblage of Eudora Welty literature to the library’s Special Collections office for students, faculty and visitors to study for generations to come. 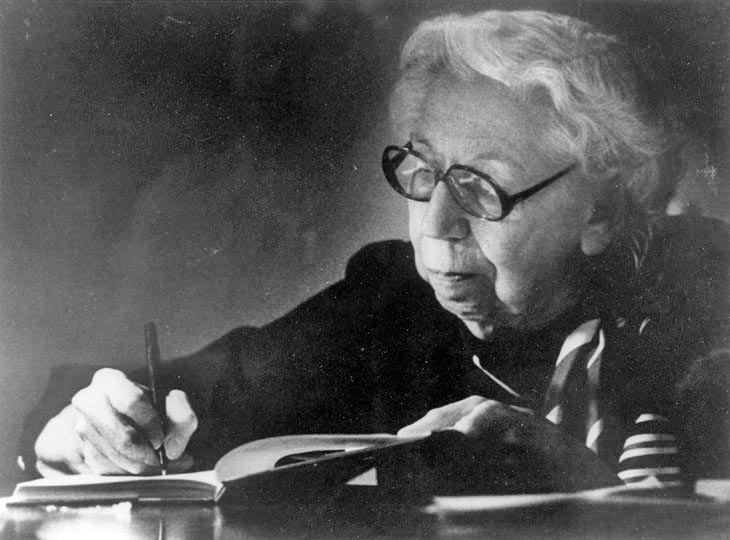 Pulitzer Prize-winning author Eudora Welty signs one of her books in this 1984 publicity photo. (Photo by Terry James/courtesy of the Mississippi Department of Archives and History)

The collection was on display at the library in April and May 2017 in an exhibit titled “Eudora Welty: Her Life and Legacy.”

Welty, a Jackson, Mississippi native, won the 1973 Pulitzer Prize for Fiction for her novel “The Optimist’s Daughter” but was better known for her short stories. Her other honors include the O. Henry Prize, the National Book Award and the Presidential Medal of Freedom. She died in 2001.

“This is a major addition to our special collections,” said Dr. Philip Phillips, assistant dean of the University Honors College and a professor of English. “It includes all first-edition books, a lot of autographed first editions and magazine items.”

Phillips and his research student, doctoral candidate Megan Donelson, took a tour of Welty’s home led by the author’s niece, then fashioned a book with photos of the items in the Owen collection and explanatory text.

Owen’s journey through Welty’s rich prose began when he read the short story “Why I Lived at the P.O.” when he was a student at Vanderbilt University.

Decades later, Owen received a Welty book as a birthday present. With his initial fascination with Welty reignited, Owen found an autographed copy of her first collection of short stories, “A Curtain of Green,” at a library sale. He paid $2 for it; a friend assessed its value at $3,500.

Over the course of his life, Owen, who came to know Welty personally, has collected books, magazines, some of the photographs Welty took for the Works Progress Administration in the 1930s, and other memorabilia. He wondered what to do with his collection, but he wanted to keep it intact.

He said MTSU’s personnel made such an special impression on him that he decided to give the collection to the university in perpetuity, a transaction that became official Aug. 2. 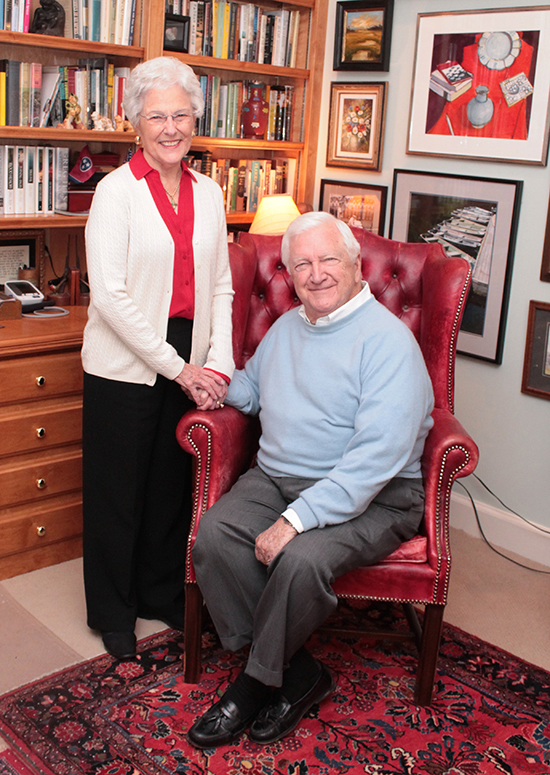 Walker Library’s curators in the special collections area will maintain the Welty collection by storing it in a climate-controlled rate-book vault.

“Everything that comes into this collection we try to treat with a sort of temporal respect so it will last,” said Alan Boehm, head of special collections.

While some digitization may be in the future, Boehm said scholars will want to experience the actual items themselves.

“You pretty much want to see the literary text in the context in which it was originally presented to the reader,” Boehm said. “I’m a firm believer that that’s valuable.”

Owen said Welty’s great lasting gift was the ability to tell the truth about the South, both good and bad.

“She was able to elucidate all these things in a very succinct, conversational way, without embellishment,” Owen said. 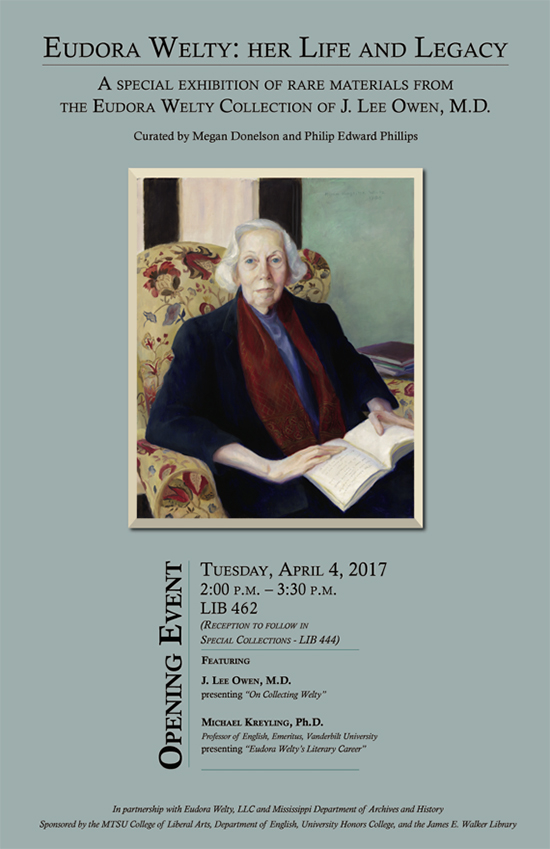 This flier from the 2017 Eudora Welty exhibit at MTSU’s James E. Walker Library marks the initial display of a Murfreesboro physican’s “priceless” literary collection at the university. Dr. R. Lee Owen has since donated the collection to MTSU.