‘MTSU On the Record’ tackles c..

MTSU Theatre has ideas for ‘Everybody’ in morality...

MTSU Theatre has ideas for ‘Everybody’ in morality-play adaptation 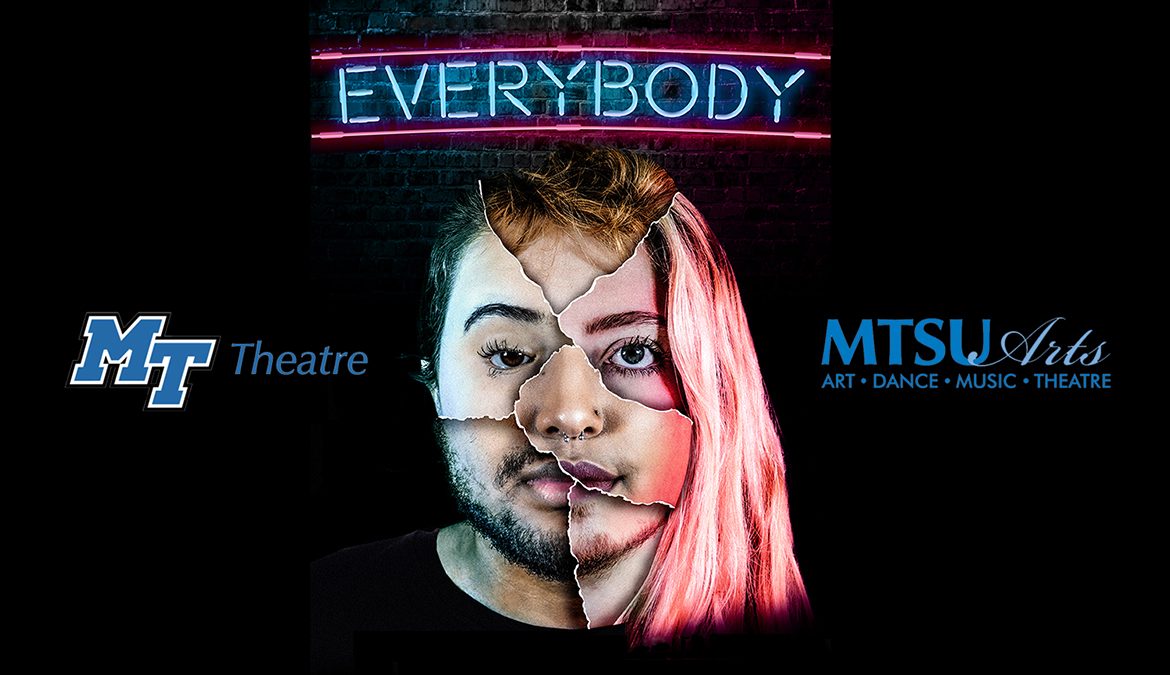 MTSU Theatre students are tackling questions asked since man first formed words and then performed them on stage in “Everybody,” the new adaptation of a late 15th-century morality play, Nov. 7-10 and Nov. 12-15. 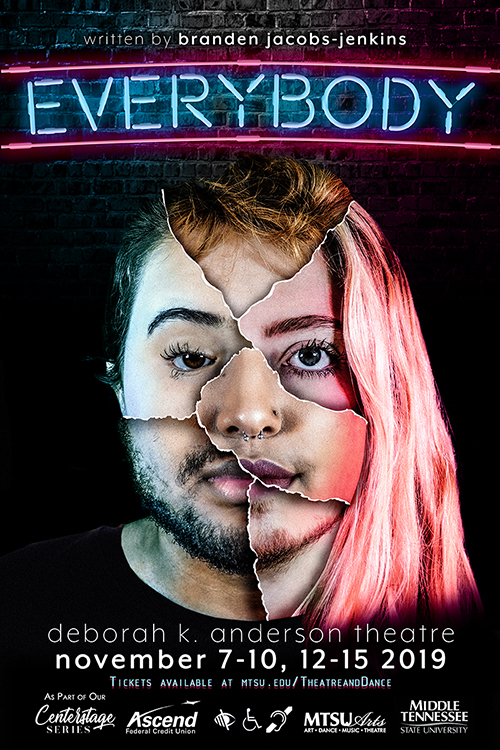 Click on the poster for a link to tickets.

Audiences should get tickets early because seating is limited to 80 people in the Anderson Studio Theatre, located next door to Tucker Theatre in Room 101 inside the Boutwell Dramatic Arts Auditorium at 615 Champion Way.

The theater is  accessible for people with disabilities, including those with hearing, vision and mobility impairments.

Led by new Department of Theatre and Dance directing professor Lauren Shouse, “Everybody” is playwright Branden Jacobs-Jenkins’ take on an English-language archetype, “Everyman.”

The original allegory presents a fellow facing the afterlife with the sudden realization he may not measure up for a spot in Heaven, so he begins seeking friends — good deeds and knowledge — in his quest for salvation.

Jacobs-Jenkins, a MacArthur “Genius” Grant recipient, was a finalist for the 2018 Pulitzer Prize for drama for “Everybody,” which features a nine-member cast. Five of those actors learn via lottery during each performance whether they’ll be “Everybody” — the lead — and the rest will be “Somebodies.”

“While Everybody’s basic journey to control how they are going to die is the same, Everybody meets Love instead of good deeds,” explains Shouse, who most recently served as associate artistic director at Chicago’s Northlight Theatre and has worked extensively with Nashville Repertory Theatre.

“Love teaches them that the only way to live and die is to relinquish control, to surrender. Therefore, ‘Everybody’ is a universally modern morality play that incites us to let go, to dance and to love — Everybody.”

The director notes that because of the play’s changing roles and intriguing plot, “audiences may want to come see it more than once.”

“The text is very language-driven, so the actors are getting to dig into some tricky didactic monologues, but there are also dreamlike movement sequences and a skeleton dance. So the process has a blend of heavy text and movement work to take our audience on a visual, intellectual and emotional journey,” Shouse says.

Kortney Ballenger, a senior from Columbia, Tennessee, portrays the Usher/God/Understanding, while Ash Moss, a Manchester, Tennessee, freshman, is Love. Junior Alexa Pulley of Cunningham, Tennessee, is the Little Girl/Time, and George Sekeres, a sophomore from Goodlettsville, Tennessee, is Death.

The official program, which also includes actor bios and a full artistic and production staff listing, is available here as a PDF.

Tickets also will be available at the door an hour before curtain times. For more information about the show, visit www.mtsu.edu/theatreanddance.