Officials with the MTSU Campus Pharmacy, assisted by students from the Lipscomb University College of Pharmacy and University of Tennessee-Memphis Health Science Center, collected more than 83 pounds of unwanted drugs dropped off by the public Thursday, Oct. 24.

The MTSU pharmacy and University Police Department collected more than 39 pounds of prescription medications, 39 pounds of over-the-counter drugs and 4.4 pounds of controlled substances during the second of two semiannual events, which coincide with National Prescription Drug Take Back Days held every spring and fall. 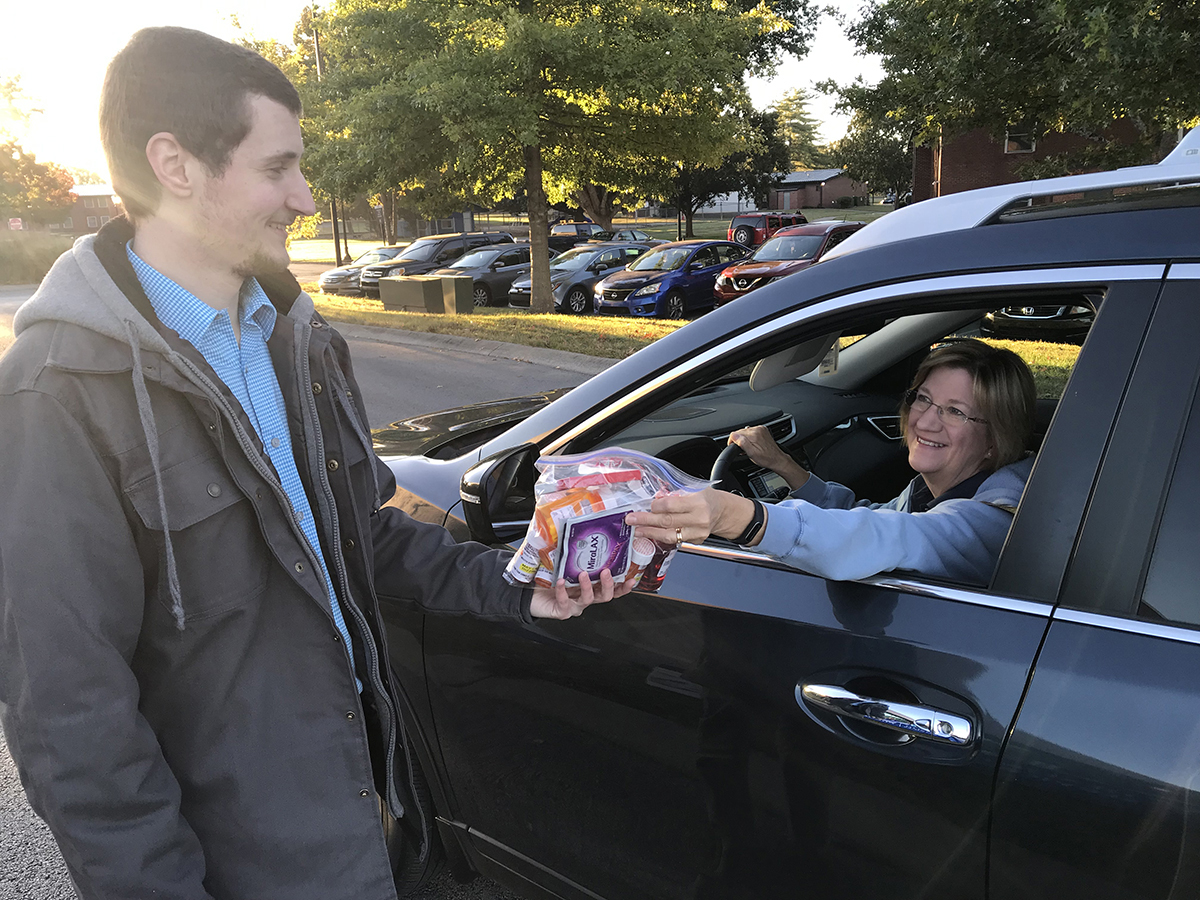 Tyler Hollis, left, a fourth-year Lipscomb University College of Pharmacy student, collects unwanted medications from Tammy Howell, a secretary in the MTSU Department of Biology, Thursday, Oct. 24, during the fall Drug Take-Back Day at the Campus Pharmacy Drive-Thru. More than 83 pounds was collected during the 5½-hour drive. (MTSU photo by Randy Weiler)

Expired, unused and unwanted prescription and over-the-counter medicines were accepted during the 5½ -hour-long MTSU event near the pharmacy’s drive-thru on the east side of campus.

“I’d say it was successful,” MTSU Pharmacist Tabby Ragland said. “Fifty-three pounds was collected in the spring, so this is a significant increase. We had lots of different things dropped off that spanned from veterinarian medications to controlled substances like Percocet and Norco.”

The community also was able to drop off vape and electronic or e-cigarette items for the first time at the MTSU site, but none were collected, Ragland said. 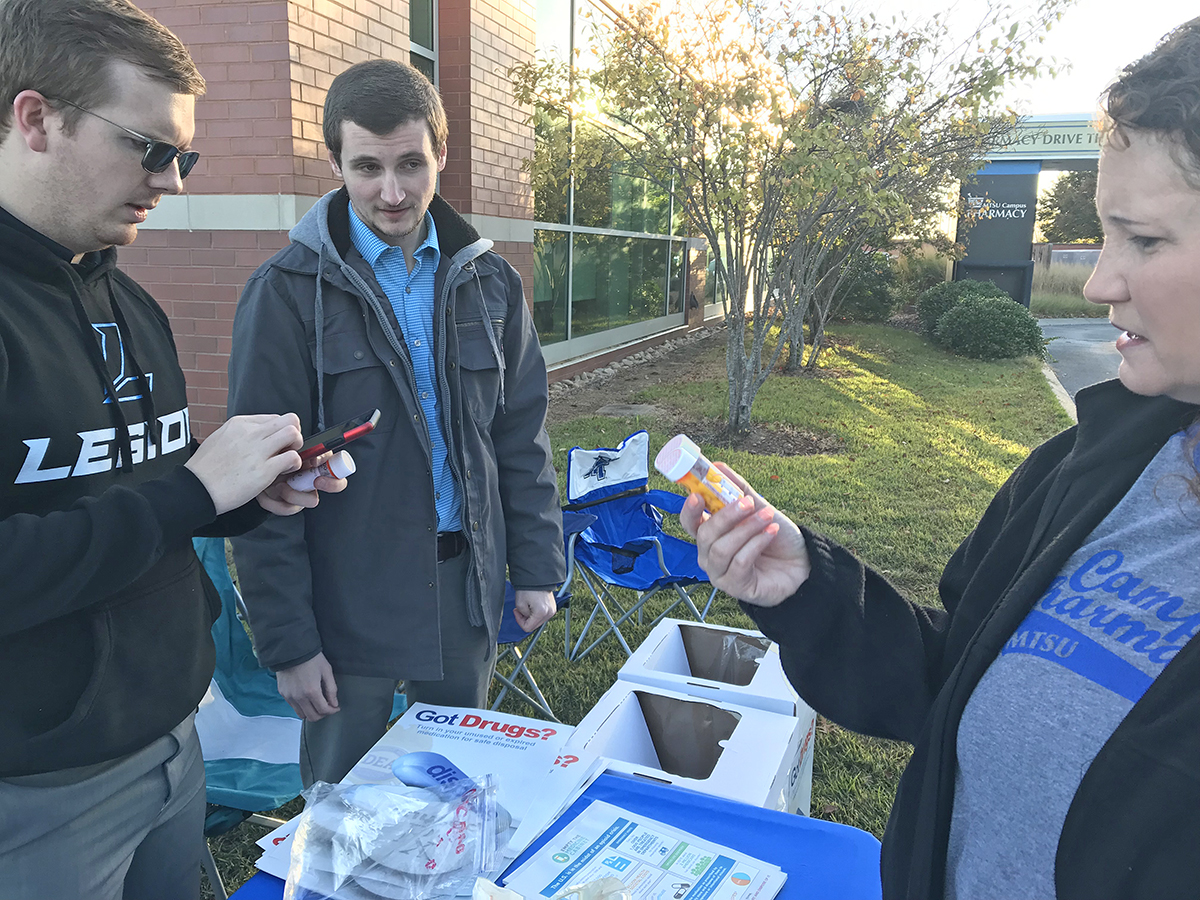 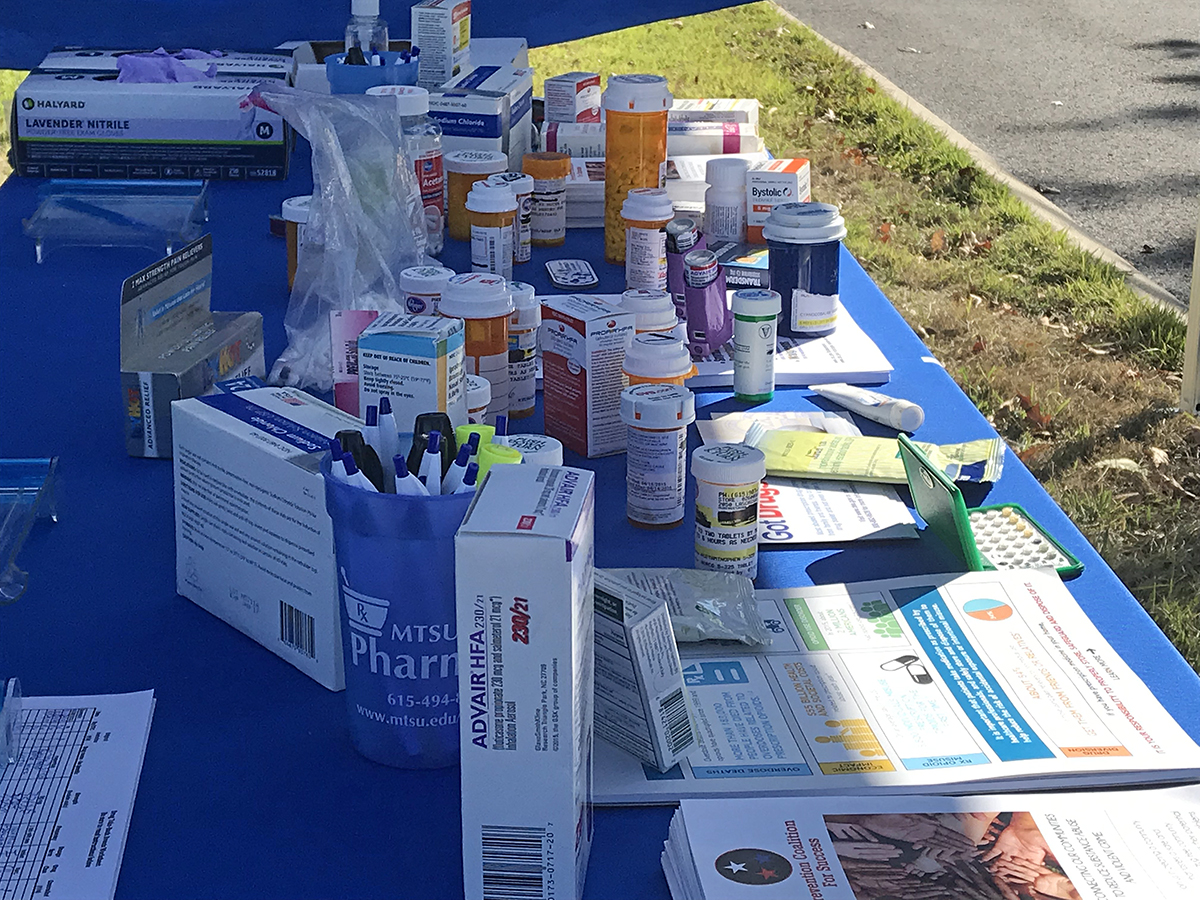 A variety of unwanted prescription and over-the-counter medications are shown during the MTSU Drug Take-Back Day Thursday, Oct. 24, near the Campus Pharmacy drive-thru outside the Student Health, Wellness and Recreation Center on the east side of campus. The collection event helped divert more than 83 pounds of medications from the environment and the community. (MTSU photo by Randy Weiler)