MTSU to create College of Educ.. 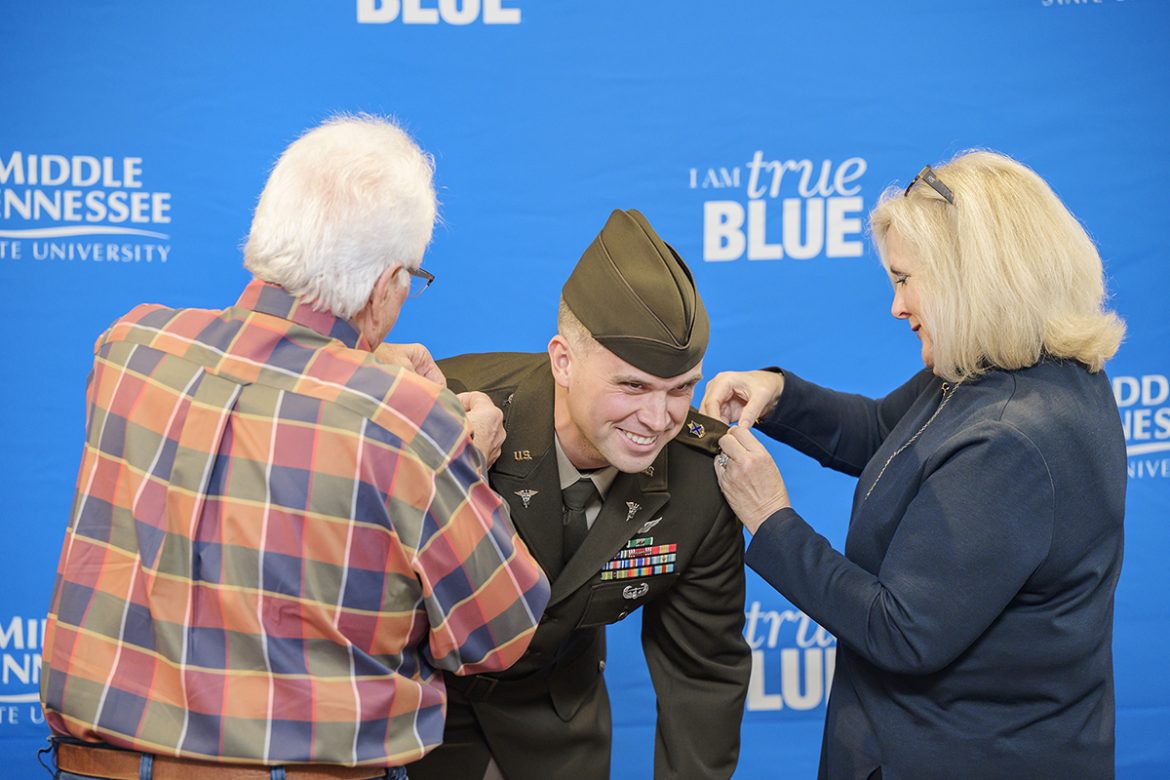 Retired U.S. Army Col. Rickey Smith welcomed three MTSU graduating senior cadets to the American profession of arms during the fall commissioning ceremony one day before they graduate from the university.

“As you take your oath as commissioned officers, understand no time limit or end date resides in your oath,” said Smith, who is president of the Military Science alumni chapter. “As profession of arms members, you have completed your first step in certification and by taking the oath, you commit yourself to live by the Army Ethic, both on and off duty and become a soldier for life, demonstrating exemplary conduct in your communities after your military service.” 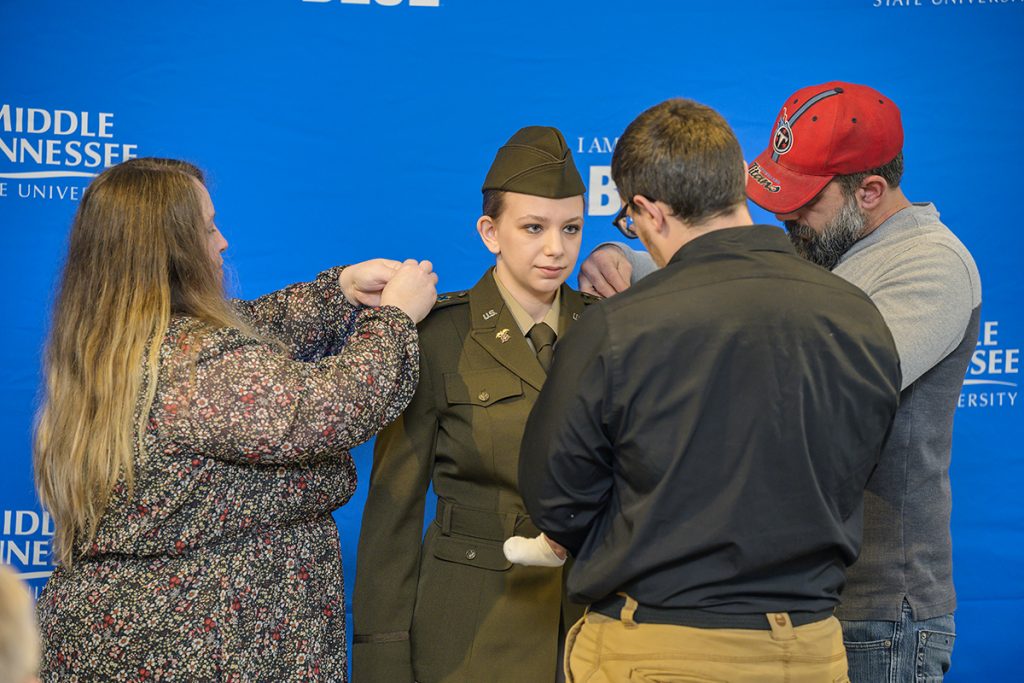 Smith spoke during the Friday, Dec. 10, ceremony in MTSU’s Tom H. Jackson Building’s Cantrell Hall. The commissioning ceremony is a tradition for the ROTC program, which has seen the student cadets prepare for service to their country. The trio will graduate Saturday, Dec. 11, in Murphy Center.

Those commissioned as second lieutenants include:

• Alana Kassing of Smyrna, Tennessee, who earned a bachelor’s degree in exercise science and will be active duty in the Quartermaster branch.

• Porter Mitchell of Murfreesboro, Tennessee, who earned a master’s in business administration and will be active duty with the Medical Service Corps.

• Thomas Wiseman of Murfreesboro, who earned a bachelor’s in nursing and will be reserve duty with the Tennessee Army National Guard. 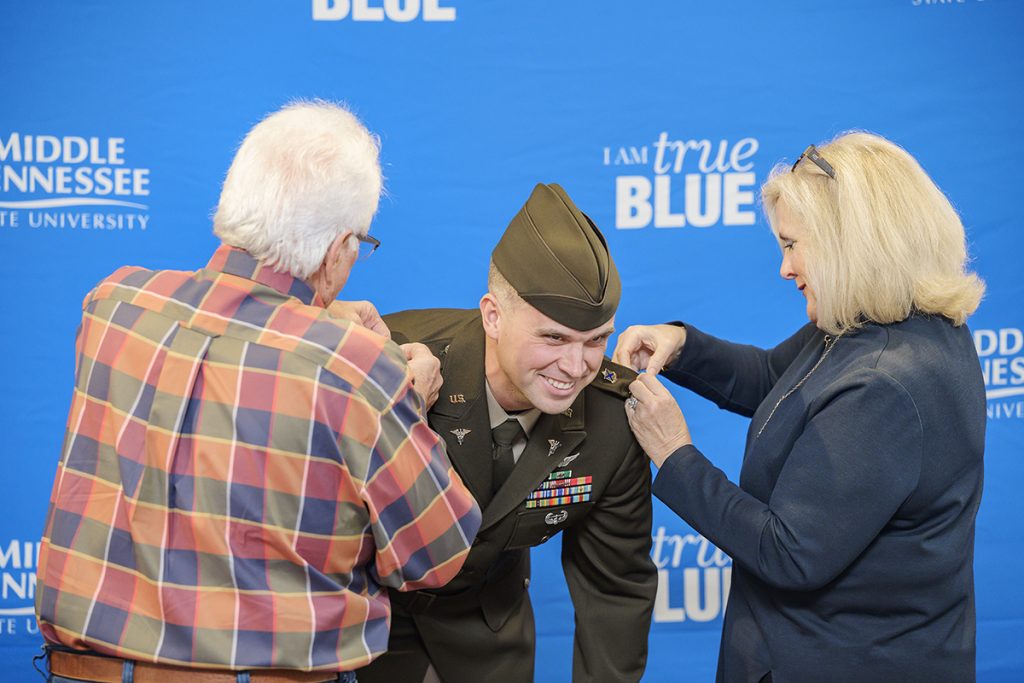 “It’s something we’ve worked for for so long,” said Kassing, whose 3-month-old daughter, Genora Reiter, was among audience members. “I started this journey in high school. To reach this point is a big deal. I’m excited to learn new things. I’m excited to lead a good example and build a good life for Genora.”

In addition to the oath of office and Smith’s remarks, the ceremonies included a welcome from Lt. Col. Carrick McCarthy, national anthem, pinning of rank by family and friends and first salute.

“Each of these cadets has a unique journey that defines their path to officership, but what is common to all of them is a resiliency to continue pushing through the obstacles and challenges in order to be seated before you today,” McCarthy said. “Each cadet has demonstrated a remarkable determination to reach this day. … Our Army desperately needs leaders who will not quit and not give up on themselves or their soldiers.”

It marked McCarthy’s final commissioning ceremony. The Military Science chair will be transitioning toward retirement from the Army in 2022. 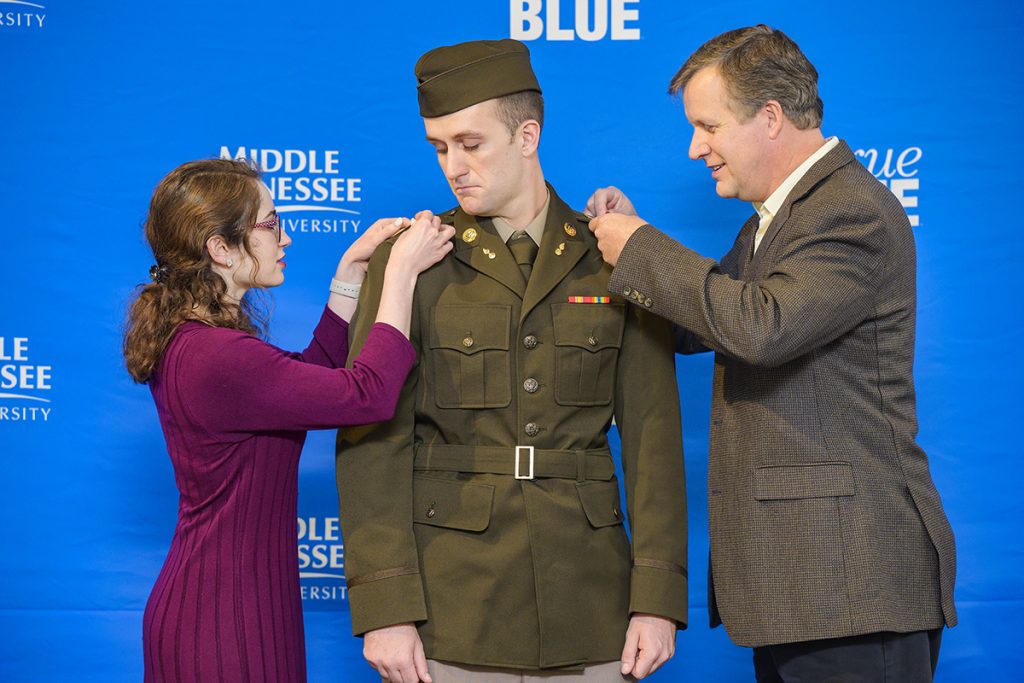 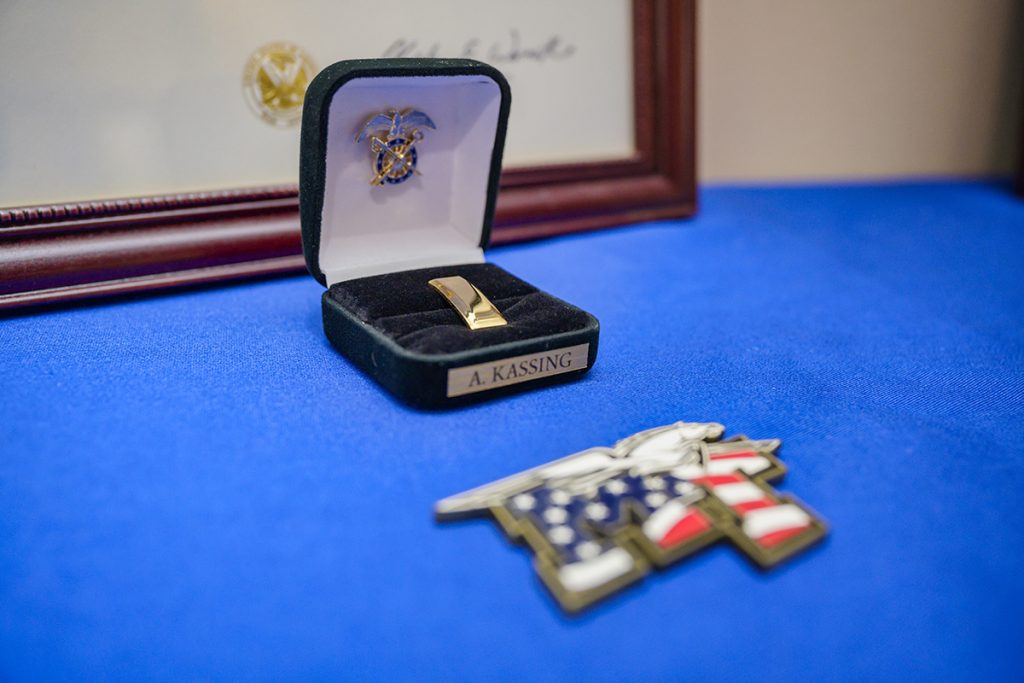 The second lieutenant gold bars for MTSU graduating senior cadet Alana Kassing of Smyrna, Tenn., sit on a table in Cantrell Hall inside the Tom H. Jackson Building before the start of the MTSU Blue Raider Battalion Fall Commissioning Ceremony Friday, Dec. 10. Kassing was one of three cadets commissioned during a brief ceremony. (MTSU photo by Andy Heidt)
.