Festival of Veils highlights head coverings with i... 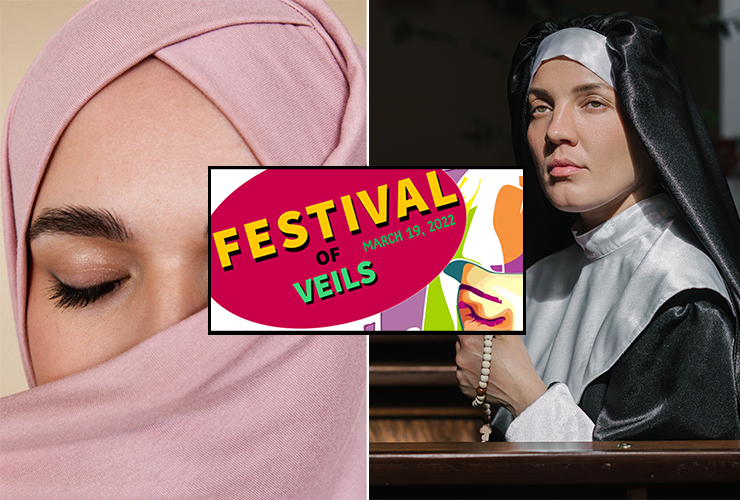 “Festival of Veils,” an event designed to unravel the mystery surrounding head coverings worn by women of various cultures, is slated for noon to 4 p.m. Saturday, March 19, on the Student Union Commons. The event is free and open to the public. (Photo of woman in hijab by Artem Podrez from Pexels; photo of nun by Mikhail Nilov from Pexels; also shown is Festival of Veils graphic)

An open-air festival of fun, food and understanding is scheduled at MTSU during National Women’s History Month.

“Festival of Veils,” an event designed to unravel the mystery surrounding head coverings worn by women of various cultures, is slated for noon to 4 p.m. Saturday, March 19, on the Student Union Commons. The event is free and open to the public.

Activities will include prayer bead making, henna art, calligraphy, art contests, a free photo booth and a kids’ zone. Distinguished lecturers will address the history of the veil in Catholicism, Judaism and Islam. 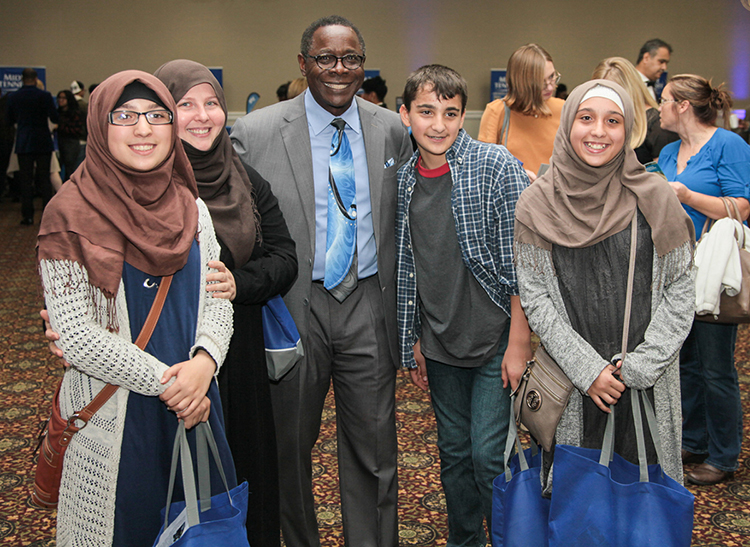 MTSU President Sidney A. McPhee, third from left, meets, from left, Fatimah, Khadijah, Ahmed and Zaynab Alnassari in 2019 during the True Blue Tour event in Nashville at the Millennium Maxwell House Hotel. Khaeijah Alnassari’s children are triplets. All four of the Alnassaris are MTSU students. (MTSU photo by John Goodwin)

“It’s something that women wear because, especially in Islam, it protects our modesty and allows us … to choose what men see, to choose how we are viewed,” said Khadijah Alnassari, a double major in biology and sociology who is a Muslim. “The hijab allows us to be viewed as intellectuals instead of just objects. It demands that we be treated with respect.”

In addition to the June Anderson Center for Women and Nontraditional Students, MTSU sponsors include Intercultural and Diversity Affairs, the Religious Studies Program, Al-Wahda student organization, the Muslim Students Association and the President’s Commission on the Status of Women.

“I really hope that this event can teach MTSU and the surrounding community that the wearing of veils can be empowering and that no one should be discriminated against for wearing one,” said Maigan Wipfli, director of the June Anderson Center and chair of the MTSU National Women’s History Month Committee.

Alnassari and her 15-year-old triplets, who also are MTSU students and Muslims, were inspired to create the festival because of several incidents that left them frightened and appalled.

In Zaynab Alnassari’s case, a man who approached her while she was working as part of a research team told her “Your hijab is freaking me out.” Her professor intervened with a few non-inflammatory remarks, for which Zaynab, a double major in biology and art, was grateful.

“A woman should have the right to choose whether she can wear the veil or not,” Zaynab said. “She shouldn’t be forced to take it off. That’s her right alone.” 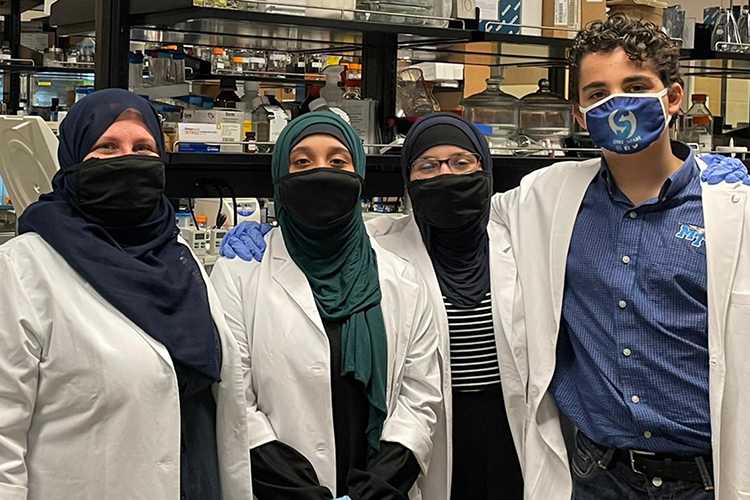 Khadijah Alnassari, left, poses proudly with her children, Zaynab, Fatimah, and Ahmed in an MTSU science lab. All four Alnassaris are MTSU students and organizers of the Festival of Veils, which is scheduled for March 19 on the Student Union Commons. (Photo submitted)

Her sister, Fatimah, decided to start wearing the hijab at the age of six, which is earlier than some Muslim girls adopt the practice. She said, while people were kind to her or benign before she started wearing the veil, the attitudes of people she encountered soon changed.

“I was six years old, and people treated me completely differently,” Fatimah, also a double major in biology and art, said. “That really opened my eyes to what people saw me as.”

Khadijah Alnassari, whose son, Ahmed, is a biology major, said she fears for her daughters’ safety and will not let them go places by themselves.

“I fear that at any moment someone might verbally or physically attack them,” Khadijah said. “It’s difficult for a lot of Muslim women go to out after dark.”

Nonetheless, Khadijah appreciates that MTSU is backing the festival. She said almost 30 student organizations will be participating.

“We have been supported so much by this campus,” Khadijah said. “It feels like every department on this campus has had their hand in this festival in one way or another.” 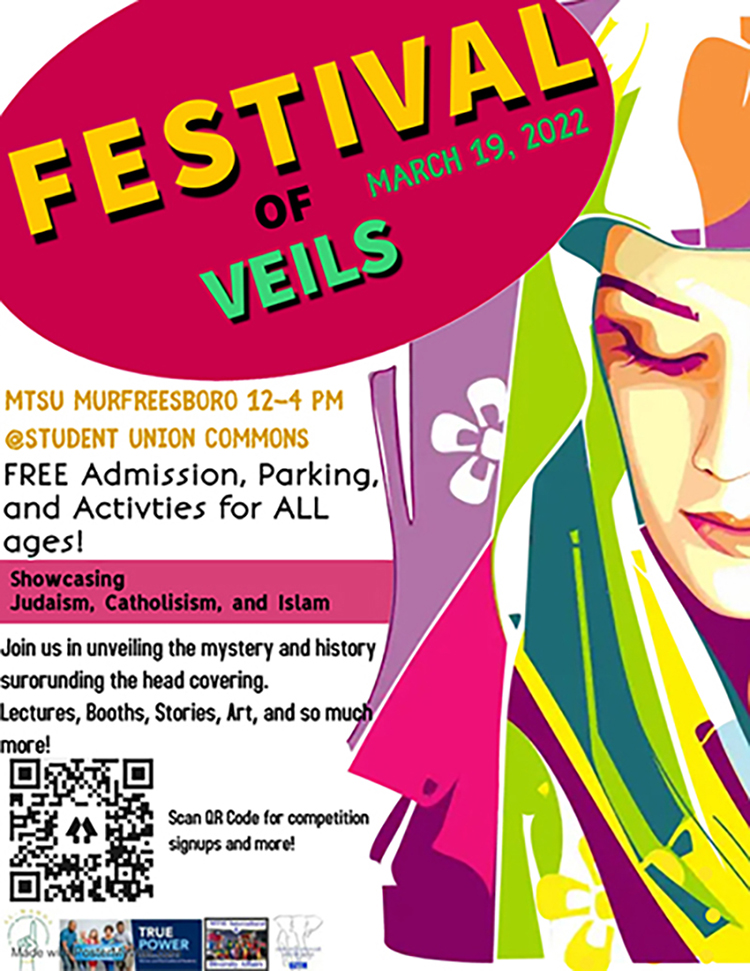