Meet the Sororities of the Div.. 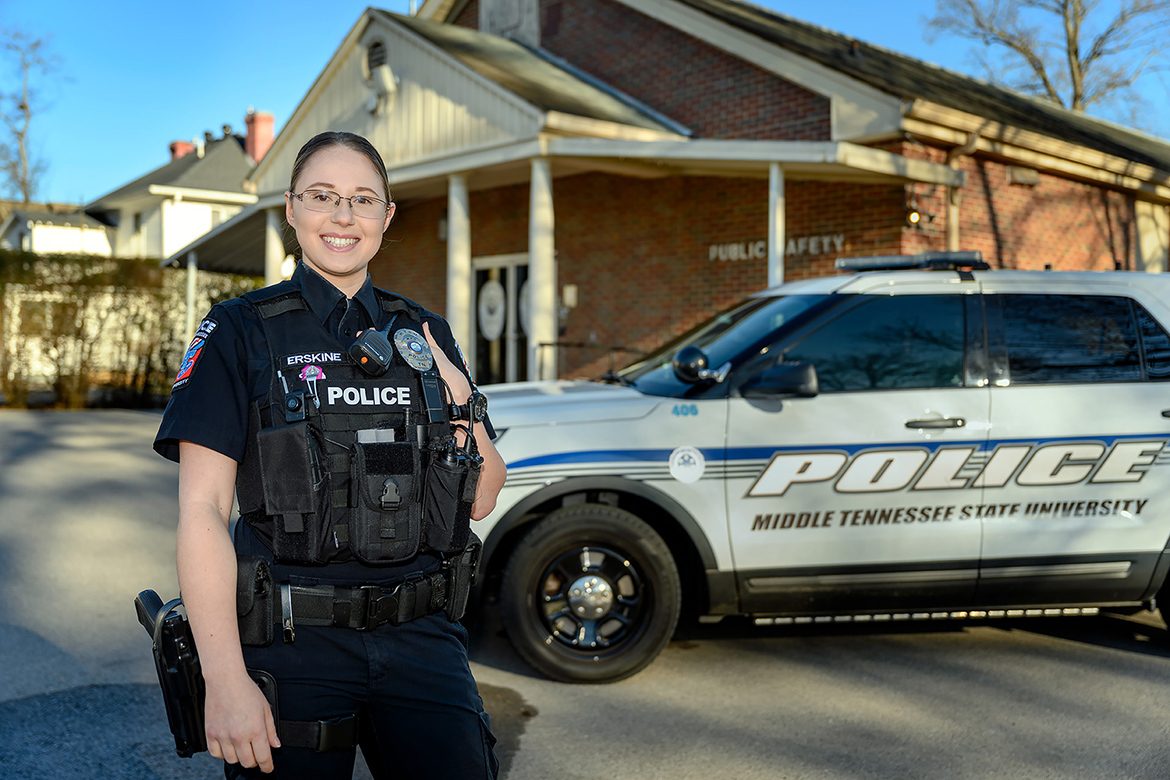 MTSU Officer Katelynn Erksine knows female officers like herself play a vital role in the world of law enforcement.

“I think it’s important to recognize that females can do just as good of a job in this profession as males can,” Erskine said. “We can offer a different perspective to certain issues. Victims can feel more comfortable speaking to a female officer. Escalated individuals can respond better to a female officer’s temperament.”

Erskine recently expanded her role at the MTSU Police Department, earning her certification as a defensive tactics instructor — the first female officer in the department to do so. 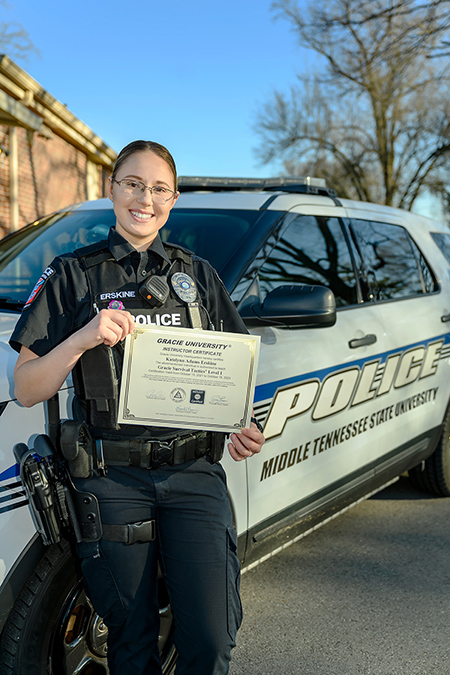 Middle Tennessee State University Police Officer Katelynn Erskine displays her recently earned certification to serve as a Defensive Tactics Instructor — the first female officer in the department to do so — outside of the campus police department on Feb. 28, 2022. (MTSU photo by J. Intintoli)

“The certification will allow me to teach my coworkers the skills that I have learned that can be potentially lifesaving on the streets for both officers and suspects,” she said.

The designation includes endorsements in both pressure point control tactics and jiujitsu, the latter a system of unarmed combat and physical training that is popular with police departments to help decrease the use of deadly force.

Erskine hopes her new accreditation will give more visibility to female officers in the department, showing them that they too can succeed in even the more physical aspects of the profession.

“There is a chance officers may come into contact with someone larger,” she said. “Being an instructor will not only shed light on the fact that females like myself can do this too, but that there are techniques available to allow for a safe interaction with a larger suspect.”

An upstate New York-native, Erskine jumped into her role as a woman serving the community with both feet when she joined the department in 2018.

“It is so important that you be on top of your game all the time in law enforcement, to be able to do your job physically and knowledgeably,” she said. “If there is training available that I believe will help me to be better at my job, I am going to do my best to get involved.”

In addition to her tactical training, Erskine is a certified instructor in Rape Aggression Defense Systems, also known as RAD, and has taken Krav Maga classes, a self-defense and fighting system developed by the Israeli military.

Fellow officer Blake Durham agreed that it is crucial for female officers to be involved with defensive tactics instruction. 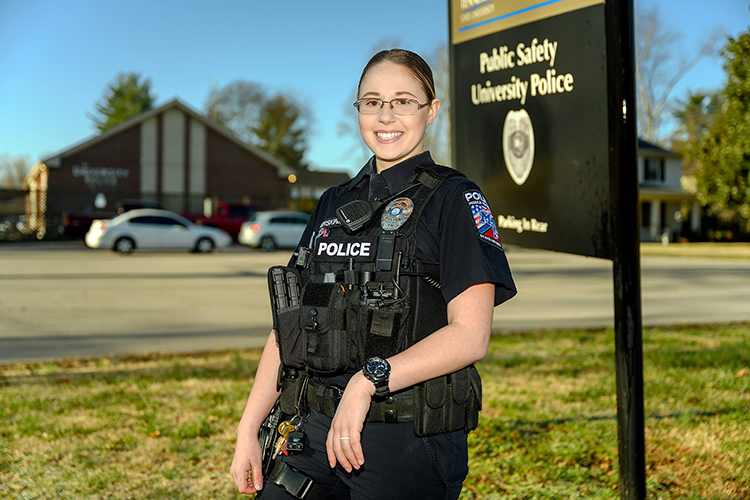 “It shows that females can engage safely with a bigger and stronger person,” Durham said. “It allows other females in the department to become more comfortable with training in this area. A lot of females are uncomfortable training with males, so having a female instructor allows some more one-on-one instruction.”

Opportunities for prospective officers at MTSU

“We are always looking for passionate, qualified individuals to join our team,” Capt. Jeff Martinez said. “Both male and female officers are integral to our mission of keeping the university community safe.”